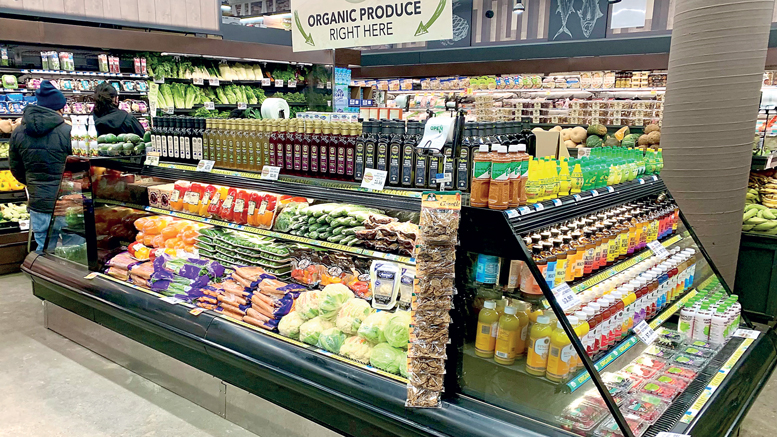 The five-location grocery group in New York knows what its neighborhood shoppers want to eat.

Brooklyn Harvest — a company dedicated to serving customers who really care about the food they eat — makes produce its centerpiece.

Combining elements of a gourmet and neighborhood supermarket, Brooklyn Harvest operates four stores in Brooklyn, NY, and one in Astoria, Queens. The stores satisfy all of a community’s basic needs, but caters to its aspirations for superior quality and healthier eating.

The newest Brooklyn Harvest, on Metropolitan Avenue in Brooklyn’s Williamsburg neighborhood, serves a community of especially food-conscious consumers. Dan Wodzenski, head of operations and merchandising, says the store has a large segment of vegetarian and vegan customers, as well as many shoppers focused on organics, and creates its produce assortment to meet those needs. The neighborhood has gentrified over the years, now increasingly populated by young professionals who are focused on wellness.

“In Williamsburg, we double up on vegan categories,” Wodzenski says, “but we also do a lot of fresh juice and kombucha. Those index so much higher in Williamsburg.”

The store emphasizes not only organic items but also protein substitutes and meat and dairy replacement products. Like other Brooklyn Harvest locations, the Williamsburg store features a machine for grinding fresh peanut and almond butter, and tubs of fresh nuts top display after display. The store isn’t big, at 10,000 square feet, but produce is the largest fresh food department and acts as the store’s centerpiece, so all shoppers are immersed in a compact, but complete, range of produce just after they enter the store.

Produce department shoppers encounter a bulk fruit presentation that, on a recent winter’s day, included everything from apples to kiwis. On one side, the Williamsburg store offers a refrigerated case of juices, kombucha and other health drinks, followed by fresh-cut and clamshell whole fruit such as grapes and strawberries. An independent refrigerated case features a wide variety of plant-based products such as meat and cheese substitutes.

The opposite wall includes the wet case and leafy greens as well as veggies, including bulk items, tub salads, packs and tubs of fresh-cut vegetables and other convenience items. An independent island display, under conspicuous signage, has the featured organics display of bulk and packaged items, including salads, as well as another healthy drinks presentation, all topped off by an array of olive oil and vinegars. Other island displays include an onion and potato assortment in one case and, in others, lots more fruit.

Store manager Mohammed Ismail says Brooklyn Harvest can concentrate its efforts on customers’ priorities in part because many customers will shop elsewhere for things they want to buy in bulk. That means Brooklyn Harvest can continually focus on shoppers’ lifestyle preferences for healthy, flavorful meals and meal ingredients as they come and go from work and other activities.

Still, much of what appeals to young, hip professionals also appeals to other Williamsburg shoppers, which still include some of the various ethnic residents that once dominated the area, as well as residents who arrived with the wave of gentrification that swept the neighborhood years ago. For them, the emphasis is produce quality.

Aridio Guzman, produce supervisor for Brooklyn Harvest stores, says Williamsburg and all the banner locations operate on the proposition that customers will always find the best quality, no matter how they shop for fruits and vegetables.

Fresh-cuts are a major consideration at Brooklyn Harvest, which takes pride in the highest quality of its fresh-cut product, Guzman says. “We make it in one store for the whole company, very nice, very fresh.”

“Too many companies cut in store,” Guzman says. “For example, they see one onion that’s not really good, they go back and cut it. We don’t do it like that. They cut it and the customer buys it and puts it in the refrigerator, and the next day it’s not good. We cut only No. 1 quality.”

Guzman says the store picks and processes produce to ensure that its cut fruit and vegetables are full flavored and remain so for several days in customer refrigerators. Otherwise, he says, shoppers are not going to consider Brooklyn Harvest as a consistent resource for top-line produce in their neighborhood.
Fresh-cuts include a range of products, such as ready-to-eat salads, meal starters, single-items presentations and the pride of Brooklyn Harvest, fruit and vegetable platters.

“For occasions — Thanksgiving, Christmas, New Year’s — platters are like the No. 1 seller,” Ismail says. “Around Super Bowl time, it’s veggie platters with the dip. We do well with that.”

Seasonal and most other produce operations have been complicated by supply issues associated with the COVID-19 pandemic, Ismail says. Nevertheless, Brooklyn Harvest works with suppliers to address the challenges.

“Any time for a season, we bring in as much as we can when they have it in stock,” he says. “With what’s going on right now, it’s very hard to keep anything in stock. But whatever we can get, we do to please our customers, that’s what we’re based on.”

Guzman was complementary about Brooklyn Harvest supplier C&S, but noted that sourcing produce today is a scramble for everyone involved, as they try to locate quality product amid the supply chain complications.

Linvilla Orchards: Fresh from the Farm