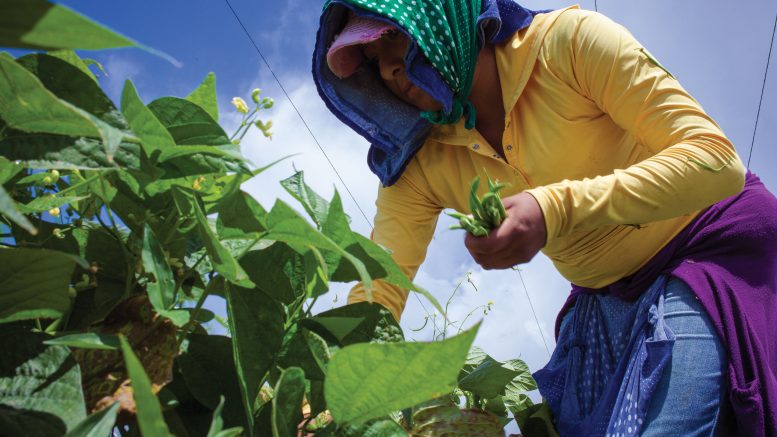 U.S. demand for ‘contra-seasonal’ fruits and vegetables drives up imports. 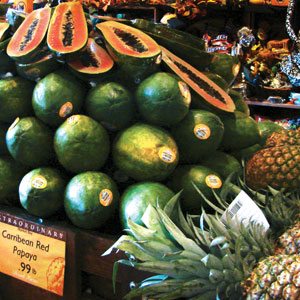 Green beans have been holiday menu staples for more than a century. In fact, the December 1891 edition of Overland Monthly and Out West magazine’s description of a Thanksgiving meal included “turkeys along with canned string beans.” Today, retailers can offer customers upscale festive dinner fixings of not only fresh, but French-style green beans by sourcing from Central America.

In 2016, imports of fresh and chilled vegetables from the Central America region totaled $143 million and sales to the United States grew 9 percent compared to the year prior, according to CentralAmericaData.com, headquartered in San Jose, Costa Rica. What’s more, overall U.S. agricultural imports from Central America rose 72 percent in eight years to $5.3 billion in 2014, much of this represented by bananas and other fruits such as melons.

“Fruits such as mangos and melon, especially cantaloupe, are available in good quality and supply from Central America during the winter,” says Richard Stiles, director of produce for Redner’s Markets, Reading, PA. “Having this source available, and for other items like French beans and sugar snap peas, means we don’t miss a beat in sales and promotions.”

Costa Rica and Guatemala rank in the Top 10 (7th and 8th, respectively) in countries supplying the United States with fruits and vegetables, according to The U.S. Trade Situation for Fruit & Vegetable Products, produced by the Congressional Research Service, Washington, D.C., and published Dec. 1, 2016. Southeast U.S.-based companies also import product from Honduras, Nicaragua and Belize.

“Central America is a key production area for ‘contra-seasonal’ fruits and vegetables,” says Jay Rodriguez, president of Crystal Valley Foods, Miami. “It is the primary growing region for melons in the winter for the North American market, as well as a large percentage of the Asian vegetables imported in the winter months.”

Rich volcanic soils, micro climates and experienced agriculture labor are attributes that make Central American countries a major source of high-quality produce during the fall and winter season, especially during the holidays, according to grower-importers.

A prolonged rainy season in Guatemala this fall will extend imports to the United States, says Robert Colescott, president and chief executive of Pompano Beach, FL-based Southern Specialties, which started growing French beans, snow peas and baby squash in this country nearly three decades ago and since then has heavily invested in food safety, traceability, cold chain management and social programs. “Precipitation levels are higher than usual, which indicates our growing season will extend through April and into May in many regions compared to ending early in February or March in the past three years.”

Logistical trends focus on quicker pick and pack times in Central America and faster, as well as multiple, weekly arrivals to the United States.

“Ocean freight from Guatemala takes three to four days, while we have daily air freight programs in place on baby vegetables and berries,” says Colescott.

This translates into the ability to manage a two-week ad window, according to Peter Leifermann, director of sales for Brooks Tropicals, Homestead, FL. “Although, we often have enough availability to cover last-minute decisions or emergencies. Our fall and winter availability is overall very good and we run promotions nearly every month.”

Vegetables: French beans, sugar snap peas and snow peas are year-round sellers at Morton Williams. However, these items pick up in sales starting at Thanksgiving and right into the new year, says Marc Goldman, produce director for the 13-store chain based in Bronx, NY. “We carry these vegetables in 8-ounce grab-and-go packaging. We source these products from our distributors on Hunt’s Point, as well as FreshPro, West Caldwell, NJ, and Four Seasons Produce, Ephrata, PA.”

The peak season out of Guatemala for French beans, sugar snap peas and snow peas is January through May.

Radicchio, red and white Belgian endive, Brussels sprouts, and orange and rainbow baby carrots are additional vegetables Southern Specialties grows and imports from Guatemala in the fall and winter. All the company’s vegetables are offered packaged in microwavable bags and trays, handle bags and pouch bags ranging from 8 ounces to 2 pounds. The larger size is especially popular for large family gatherings and family meals, says Charlie Eagle, vice president of business development.

Meanwhile, Brooks Tropicals brings in tropical vegetables, squash and root vegetables from Costa Rica — items that are always in highest demand when the weather gets cooler, according to Leifermann

There is increased consumer demand at retail both for conventional and organic vegetables packed in gusseted bags and tray packs for easy and accurate ring at the check-out, according to Dan O’Connor, vice president of sales for Ayco Farms in Pompano Beach, FL. “Consistent supply of organics in these items has been a challenge in the past, but we will have more organic volume out of Guatemala next season,” he says.

Southern Specialties has introduced a new extra-slender French green bean, a variety sought out by chefs in white tablecloth restaurants, says Eagle. “We are also offering our Southern Selects brand regular French green beans in organic to foodservice and have a limited organic retail program.”

Greenhouse-grown specialty tomatoes such as heirlooms, baby heirlooms and yellow beefsteak are a program Southern Specialties started in Guatemala years ago after constructing state-of-the-art hydroponic facilities. Product is available year-round. This season, the company will introduce its deep purple Sweet Carmine baby tomato.

The company also introduced fresh hand-peeled fava beans this year. “This is a labor-intensive item because it has to be shelled two times. We now have it as a ready-to-cook item. Currently, we are selling it mainly to foodservice distributors,” says Eagle.

Fruit: “Fruit from Central America is a bigger seller for us than vegetables. We always like to push melons and mangos, and now there are no supply gaps,” says Redner’s Markets’ Stiles.

As for melons, slightly less production is expected of seedless watermelons and honeydews,” says Michael Warren, president of Central American Produce, Pompano Beach, FL, which imports seedless watermelon, honeydew and cantaloupe from Honduras. “However, we do see good promotional opportunities for honeydews in late January and again in March,” he says.

Warren adds: “If retailers are looking for a different melon with a unique flavor, we recommend our Galia melon program from Honduras. Last year’s product was exceptional, and we are now offering programs for the season.”

“As winter availability of North American produce becomes scarce, large front-of-store displays of items such as Caribbean red papaya from Belize are a colorful way to light up dreary winter days.”

One of the most recent imports is the MAG melon grown by Del Monte Fresh Produce N.A., in Coral Gables, FL. This proprietary cantaloupe, grown in Costa Rica and Guatemala, is exceptionally sweet with a smaller central cavity and seed-to-flesh ratio thatn traditional melons. Del Monte also imports papaya from Guatemala and bananas from Costa Rica, Guatemala and Nicaragua.

According to Ayco’s O’Connor, pineapple from Costa Rica is in highly promotional volume from now through Easter. This season, Del Monte Gold Extra Sweet pineapple will have special holiday tags to assist with merchandising.

Blackberries have long been imported from December through April out of Guatemala, according to Southern Specialties’ Colescott. “We now have blueberry trials under way.”

Other new fruit crops for the company are avocados, mangosteen and dragon fruit. However, Colescott says, these are for export to Europe as these items have not been approved by the United States for entry.