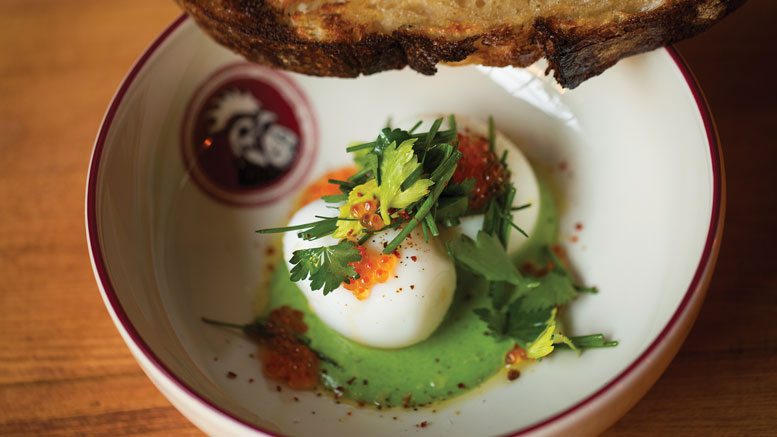 An homage to the chef’s adopted city and celebration of its diverse culinary heritage. 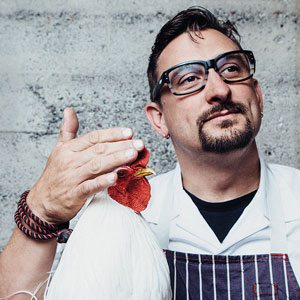 While there are plenty of restaurants in the area that highlight produce on their menus, one of the favorites of San Francisco residents is Cockscomb, owned and operated by Chef Chris Cosentino and business partner Oliver Wharton.

Cosentino is known to food connoisseurs for starring in his own Food Network show as well as “Top Chef Masters” and “Iron Chef America,” and he used his celebrity to establish the one-time San Francisco foodie staple, Incanto.

Although that restaurant closed in 2014, Cockscomb is very much an expansion and update to the innovative culinary ideas that he established there. The two-story Cockscomb seats 109 people and was designed by Celano Studios and Cosentino himself. It also has two bars and plenty of beer, cider, and wine and Negroni on tap.

The restaurant is a celebration of San Francisco’s diverse culinary heritage and homage to the chef’s adopted city. The wood-fired oven was part of the space when they acquired the restaurant, and it brings some great smoky taste to some of Cosentino’s best meals.

The chef is not shy about his love for produce offerings in the area and takes advantage of the local markets and growers.

“Produce is the main reason I moved to San Francisco. California is where so much of the produce comes from, so I moved here to be closer to that,” says Cosentino. “Every day when I go to the farmers market, I find something new and delicious, which is always inspiring. The produce here is unlike anywhere else. It’s always fresh and constantly evolving.” 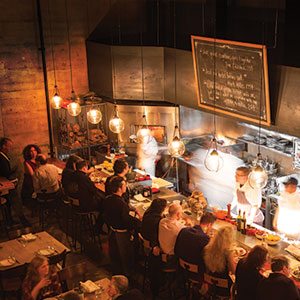 Cockscomb pays tribute to the city’s fresh and native flavors, as well as the chef’s expert offal cookery and butchery. Some of the favorites on the menu include interpretations of some top San Francisco classics, including tetrazzini, oysters and Green Goddess dressing on Little Gems with crispy pig’s ear and radishes. Vegetarians will enjoy California-influenced dishes like toasted oats with mushrooms, kale, and a poached egg.

“Produce is key for the survival of our menu,” he says. “We are constantly changing due to the seasonality of produce. In San Francisco, we have very elongated seasons, so we can play a little bit longer with some vegetables than in other parts of the country.”

Decadence abounds. Cauliflower is served glistening in duck fat with loads of chile, garlic and mint; beets are roasted in the wood oven and delivered on a thick pool of creme fraiche and lovage; crushed potatoes are moistened with brown butter and flecked with rosemary. The chef says it’s important to treat every ingredient like it’s the only thing on the plate.

That’s why Chef Cosentino treats vegetables like meat — making them the star of a dish. Some recent examples on the menu include Roasted Squash Toast, a Bacon Chop with brussel sprouts, charred onions and apples, and a Lacinato Kale & Butternut Squash salad.

“I feel you get the most out of the vegetables if you work with them by really spotlighting their hearty characteristics and powerful flavors,” he says. “We source from a few farmers, such as Marquita Farms, Hamada Farms and Zuckerman’s Farms, and a local wholesaler, Cooks Company, who provides super fresh produce from a few specific farms I really love to support.”

“Produce is key for the survival of our menu. We are constantly changing due to the seasonality of produce.”

Speaking of meat, that’s where the restaurant really shines. Cosentino is known nationally as being one of the first chefs to celebrate whole animal cookery, and that philosophy is well represented on the menu. Specialties like a wood oven-roasted pig’s head and bone marrow “mixed grill” are favorites of many.

Local is key to the restaurant. The farther an ingredient travels, the older it gets and the more energy is being used to transport that ingredient, and that can put a damper on a meal, says Cosentino.

“I like to take out the middle man and the legwork of transport as much as I possibly can, even if that means driving to the farms myself to pick up the ingredients, or biking,” he says. “My vision with Cockscomb was to make a restaurant that is above else fun, delicious & convivial and I believe we have accomplished that.”