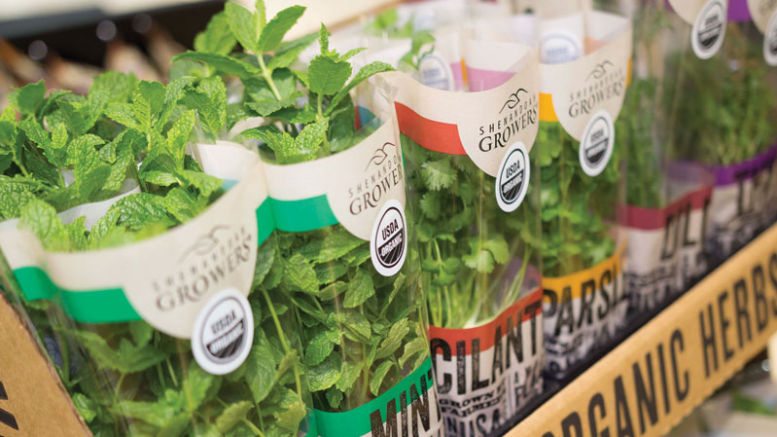 A magnet for produce, they have tremendous potential for increased sales.

Fresh herbs account for only 2 to 5 percent of produce sales, according to Chick Goodman of Christiansted, Virgin Islands-based Coosemans Worldwide, Inc., but that figure belies their importance.

Fresh herbs account for only 2 to 5 percent of produce sales, according to Chick Goodman of Christiansted, Virgin Islands-based Coosemans Worldwide, Inc., but that figure belies their importance.

Goodman says if a store doesn’t have fresh herbs, it will lose customers who will go to other stores. Besides herbs, they may also purchase other produce and meats there. “Fresh herbs are a magnet for produce,” he asserts.

“Herbs drive the overall perception of freshness,” she says. “If consumers are forced to go to another store for fresh herbs, they may not buy their canned foods there, but they may buy the ingredients for that night’s meal. Either way, it’s lost revenue.”

Robert Schueller, director of public relations for Melissa’s/World Variety Produce Farm, a Vernon, CA-based company, says freshness is key. “Chefs always focus on fresh, not dry, herbs,” he says. “Consumers want freshness, and they’re willing to seek it out and pay for it.”

The demand for fresh herbs continues to grow. According to Goodman, sales have recorded double-digit increases each year for the past decade.

While consumers are discovering more varieties of fresh herbs, basil is by far the most popular. It accounts for 40 to 45 percent of herb sales, according to Goodman.

“Basil is an entry-level herb,” he says. “It’s easy to use, flavorful and goes well with a lot of foods.”

Basil is commonly used to make pesto, soups, Italian dishes and salads. “Basil and tomato are a marriage made in heaven,” says Goodman.

Micki Dirtzu of North Shore Greenhouses Inc., a greenhouse grower located in Thermal, CA, says consumers are expanding culturally and preparing more ethnic foods. As evidence, she points to the double-digit growth of the slightly spicy Thai basil, which is used in South East Asia dishes, and increased sales of different varieties of mint.

Several factors contributed to the growing popularity of culinary herbs. Chief among them is the influence of cable television cooking shows.

“This is the first generation that has grown up watching celebrity cooks such as Martha Stewart and Rachel Ray, as well as cooking shows such as Top Chef and Chopped,” says Goodman. “We couldn’t have purchased advertising that was as influential and effective.”

Other factors include health concerns about the alarming increase in the incidences of diabetes, obesity and high blood pressure and increasingly, popular meal kit subscriptions.

“Herbs are a healthier way to eat and enhance flavor without adding salt, sugar or fat,” says Dirtzu.

Meal kit subscriptions make it more convenient for consumers to cook healthy meals at home. Subscribers receive all the ingredients for a meal, and herbs are an essential part of most meals.

While consumers are increasing their knowledge of herbs and their use, one thing is clear: they value freshness.

According to Dirtzu, “Consumers want herbs grown as close to their backyards as possible. Being locally grown is the most important attribute to consumers.” 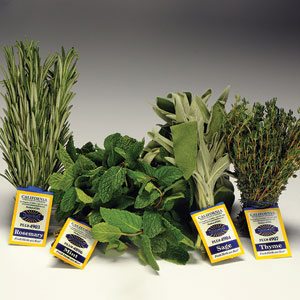 Because of advances in technology, a greater percentage of herbs sold in the United States are domestic. During the winter months, however, herbs may be imported. For example, mint may be imported from Columbia; basil from Mexico and Peru; and sage from Mexico.

Consumers do not generally seek imported herbs, according to Goodman. “Availability and freshness trump the country of origin,” he says. “For most consumers, it doesn’t matter where the herbs come from. The country of origin doesn’t add value.”

“Consumers are more concerned with quality and availability,” says Jonathan Roussel, sales director of Rock Garden South, a Miami-based company. “They don’t pay attention to the country of origin, unless there are food safety issues in a particular country.”

While fresh herbs sell year-round, they are in highest demand from Thanksgiving through Christmas. That’s the most logical time to promote fresh herbs, particularly blend mixes. Special occasions and family get-togethers bring out the best in home cooks, and they want to serve flavorful meats and vegetables.

A Variety Of Packaging

The importance of freshness and quality play major roles in the packaging of fresh herbs. While herbs in bunches are the most inexpensive, they are fragile and easily damaged. Handling also wears down the oils, decreasing the herb’s flavor. Bunches also experience the highest shrinkage.

Clamshell packaging, which dates back more than a decade, is the most common. It protects the herb and extends its shelf life. Consumers are accustomed to it, and clamshell-packaged herbs are easy to display. Clamshell packaging acts like a mini-greenhouse since the product is still living inside, according to Dirtzu.

Melissa’s Schueller recommends clamshell packaged herbs be displayed in a refrigerated area, away from the water spray. Water can ruin the packaging and the product.

“We are always looking for innovative, sustainable packaging,” says Dirtzu. “It’s important to keep the shelf life and the quality of the product in mind.”

Living herbs is a trend that continues to grow. They are sold in a container with the roots attached in an organic growing mixture. A plastic sleeve protects them.

“It creates a farmers market feel,” says Dirtzu of North Shore Greenhouses. “Additionally, a living herb lasts up to three times longer than a fresh-cut herb.”

“The addition of living herbs strengthens a retailer’s herb category,” she says. “The smaller amounts help consumers. Another plus is the great aroma they produce in the kitchen once taken home.”

Although herbs traditionally were used to flavor meats and vegetables, their use is expanding. Micro herbs, a darling of celebrity chefs, are starting to appear in more recipes. Micro herbs are tiny, tender herbs that pack a wallop of flavor and visual appeal. They are typically used as a garnish or as a 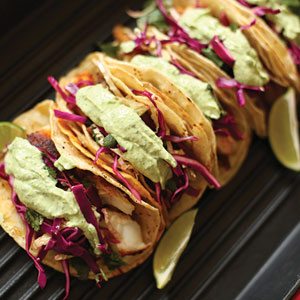 component in a small salad or sandwich. Micro herbs include basil, parsley, dill, mint and more.

Micro herbs are often included in the microgreens category, which features kale, arugula, beets, radish, chard and more than 50 other varieties.

Schueller of Melissa’s says micro herbs and microgreens have been around a long time in foodservice, but are relatively new to retail.

“The addition of living herbs strengthens a retailer’s herb category,” she says. “The smaller amounts help consumers. Another plus is the great aroma they produce in the kitchen once they are taken home.”

“They are a high-end foodservice item, used mainly at upper-tier restaurants. Retailers that carry more varieties of herbs tend to be the ones most interested in micro herbs and microgreens,” he says.

Roussel of Rock Garden says micro herbs and microgreens are becoming more popular due to their increased use by celebrity television chefs. “They are where herbs were 20 years ago,” he says. “But, in a few years, everyone will be buying them.”

Goodman of Coosemans suggests the best way to merchandise micro herbs is to display them with higher-priced items such as herbs, mushrooms and shallots. Even though packaged salad mix is a high-volume produce item, he discourages placing micro herbs in the same section.

“Micro herbs are a high-end item, and they appeal to a particular type of consumer — one who values freshness and flavor and sees themselves as a home cook or chef,” he says.

Despite the rosy outlook for culinary herbs, some economists and financial gurus are predicting a possible recession this summer. What impact could it have on the sale of herbs? And, what steps can retailers take to negate or minimize those effects?

Goodman points out herb sales did well during the 2008 recession.“During a recession, people go back to basics. That means they tend to nest at home and enjoy comfort foods. Even though more people may stay at home, they still want to eat restaurant-quality food, and herbs help them do that.”

Henning says a weak economy may drive more people to cook with herbs. “A poorer economy could be a positive,” she says. “Herbs are not expensive, plus they’re nutritional and flavorful. I think people who have grown accustomed to cooking with them will continue.”

Goodman agrees: “Herbs are a recession-buster.”

Organic herbs experienced double-digit growth in sales over the past several years, according to Robert Schueller, director of public relations at Melissa’s/World Variety Produce.

“Organic herbs aren’t as popular as conventional herbs yet,” says Schueller. “But, I expect to see continued growth. The growth is particularly impressive, considering organic herbs barely existed a decade or so ago.”

Consumers’ concerns about genetically modified organisms (GMO) and pesticides have fueled the increased popularity of organic herbs, as well as fruits and vegetables.

“Organics are growing because of consumer demand,” says Jonathan Roussel of Rock Garden. “We are seeing organics in more supermarkets, which seem to be more in touch with consumer concerns than foodservice.”

Chick Goodman of Coosemans Worldwide Inc. says consumers are much more educated about what’s in their food and how it’s grown.

“The NOSH (natural, organic, specialty and healthy) crowd is very concerned about what’s in their food,” he says. “Organic, by definition, means it has no GMOs.”

According to Goodman, the switch to organic herbs began more than 10 years ago. While stores could stock both organic and non-organic fruits because sales justified it, the same wasn’t true for herbs.

While organic herbs, fruits and vegetables are becoming more commonplace, the supply has not been able to meet the incessant demand.

“Growth of organics is limited by the ability of growers to convert their fields from traditional to organic,” says Michele Henning of Shenandoah Growers. “That process can take nearly three years.”

Despite the challenges, the popularity of organics is expected to continue its unparalleled growth.

“In the future, stores will be all organic,” predicts Roussel.