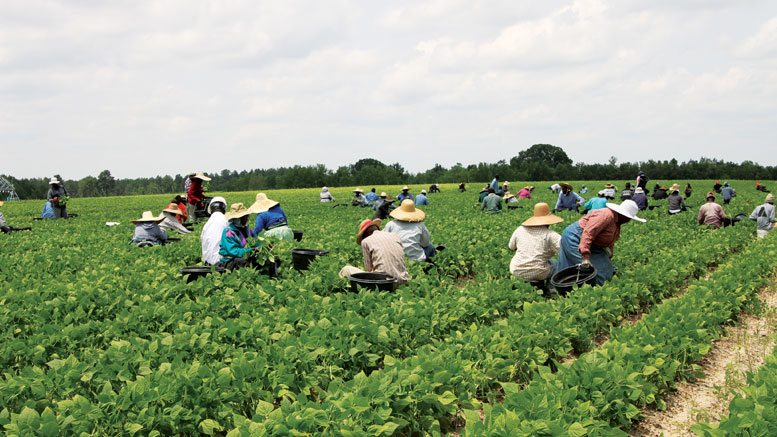 Critical to Spring, Summer and Fall supplies the state promotes the variety of produce it grows and markets to retail and foodservice buyers 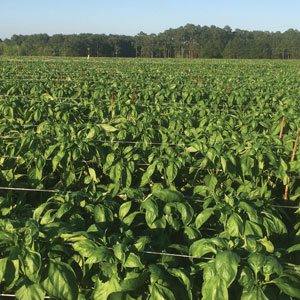 Georgia’s agriculture plays a major role in the state’s economy.

As demand for local produce booms, Georgia growers produce a variety of fresh crops that help one of the leading vegetable-producing states satisfy consumer demand for local and regional product.

The Peach State is well-known for growing its signature item and maintains an international reputation for Vidalia onions, the biggest-producing sweet onion. However, the state grows a variety of fruits and vegetables. It is ranked second nationally for sweet corn and third for peaches. Georgia is also the third leading producer of fresh bell peppers, cucumbers, green beans and watermelon, according to the U.S. Department of Agriculture. In recent years, increased plantings have helped the state soar to the largest southeastern producer of blueberries and the country’s third biggest. Georgia is fifth in cabbage and squash, and sixth in tomatoes. It also grows carrots and sweet potatoes.

Georgia’s window typically begins by late April with blueberries, cabbage, squash and Vidalia onions. Others, including peaches, bell peppers, cucumbers, eggplant, sweet corn and green beans, usually follow in May. Watermelon and cantaloupe production starts in June, while growers begin harvesting the bulk of their leafy greens in mid-September with production running through June. Tomatoes usually start in June and return in October.

As people are farther removed from their agricultural roots, interest in local and agritourism is expanding. There is a larger movement of people wanting to see how food grows. Helping Georgia growers market their crops is Georgia Department of Agriculture’s (GDA) Georgia Grown marketing program. “What makes Georgia Grown products attractive is that consumers are beginning to realize this is a diverse state that can produce many things and produce high-quality products,” says Georgia Agriculture Commissioner Gary Black.

Black points to the state’s 265 frost-free days a year, its high supply of water, productive land and strong land grant university system as helping production. He also notes the natural resource pressures affecting Florida and California growers. “That makes us (Georgia) Ground Zero for the real growth of the fruit and vegetable industry, and really for agriculture as a whole,” says Black. “The more retailers can do to build the relationship between Georgia farmers and their customers will help. If they don’t take advantage of building that relationship, they’re missing marketing opportunities that run quite deep.”

Retailers enthusiastically promote Georgia produce. Grower-shippers and state officials cite Kroger, Publix, Wal-Mart, Southeastern Grocers’ Winn-Dixie, Harvey’s and Bi-Lo stores, Ingles and Piggly Wigglys as chains that do well promoting Georgia Grown. Stores erect lots of signage in their produce departments trumpeting the arrival of local produce, observes John Williams, sales and marketing director of L.G. Herndon Jr. Farms Inc., headquartered in Lyons, GA. “They all do a good job of letting the consumers know where all the produce is coming from,” he says.