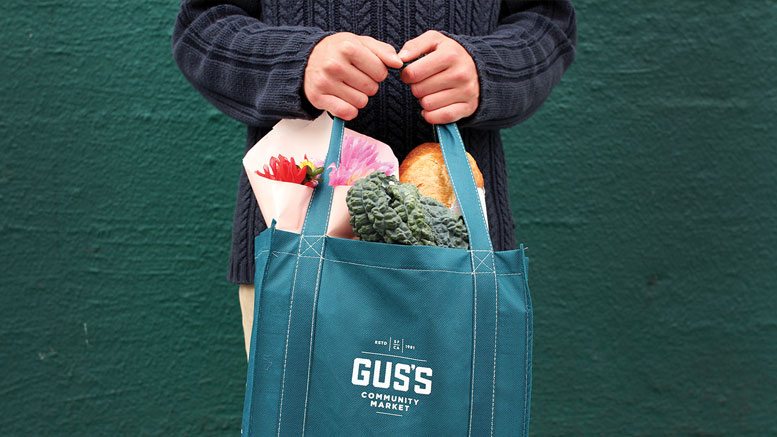 A second-generation company in honor of the parents. 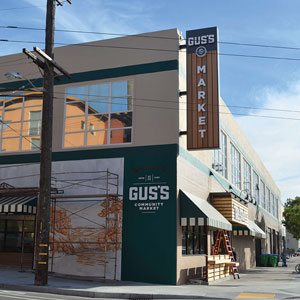 Gus’s Community Mt at 2111 Harrison St., is somewhat new to the area, but the family is no stranger to San Francisco or its produce scene. Gus and Georgia Vardakastanis opened Haight-Ashbury Produce in 1981 on Haight Street, and it became a neighborhood staple. Four years later, the couple opened Noriega Produce. It too has had a rich history.

Now, their sons, Dimitri and Anthony, are running Gus’s in honor of their parents, and have rebranded the other two stores. Each store is between 10,000 to 12,000 square feet and relies heavily on relationships with local farmers. Produce has always been the cornerstone of the enterprises and continues to play a central role at the new location.

“Produce has always been our trade and something we have built our business on,” says Dimitri. “We’ve made a ton of great relationships through the years with farmers, so we do a lot of direct business; but we also do a lot of sales from the San Francisco Produce Terminal.”

Gus continues to go to the produce terminals each day to hand-pick fruits and vegetables and speak directly with local purveyors from farms such as Riverdog Farm, Full Belly and Terra Firma Farm. 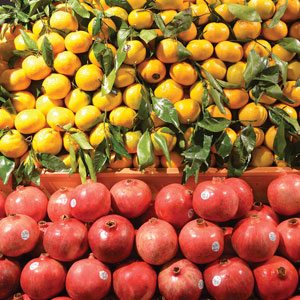 “We have been serving the best the area has to offer to the best people in the area for more than 30 years. In all that time, we’ve worked out how to be the best at what we do: people like to find the best version of what they’re looking for, at great prices,” says Dimitri. “The family still heads out on the floor to make sure you’ve got everything you need, because we don’t just call ourselves Mom n’ Pop — we strive to make you feel like family.”

Trying to source high-end, local produce is the highest priority for the store, although there are certain times of year when things are out of season and it must look for its offerings elsewhere.

“We carry the selection of a major chain grocery and a local farmers market at your local Mom n’ Pop,” says Dimitri. “We get fresh deliveries every day, so you can trust everything we carry, from a for apple to z for zucchini — the full complement of organic and conventional produce.” 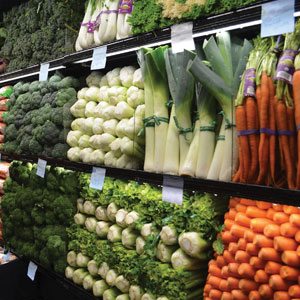 The produce is separated into both conventional and organic sections because customers expect different things and the store wants to make everyone happy. Big sellers are specialty items, plus the nuts and bolts of the produce world — broccoli, kale, apples. The stores aren’t shy about using some signage to show where the produce came from.

“The great part of being in the Bay Area is being able to offer some specialty items that some other markets in the country have a harder time selling — a lot of your specialty mushrooms, microgreens, things people don’t carry on a regular basis,” says Dimitri. “If those items aren’t perfect and fresh and priced correctly, customers aren’t afraid to go to the next place down the street; it’s an interesting dynamic when you deal with these sort of products.”

The demographics for the store include single Millennials, the mom with two kids to the young couple ready to go out on a Friday night.

“Our stores do offer a lot of product that is driven toward families, but we have a great liquor department and wine department that caters to as many people as we can,” says Dimitri. “We don’t limit ourselves.”