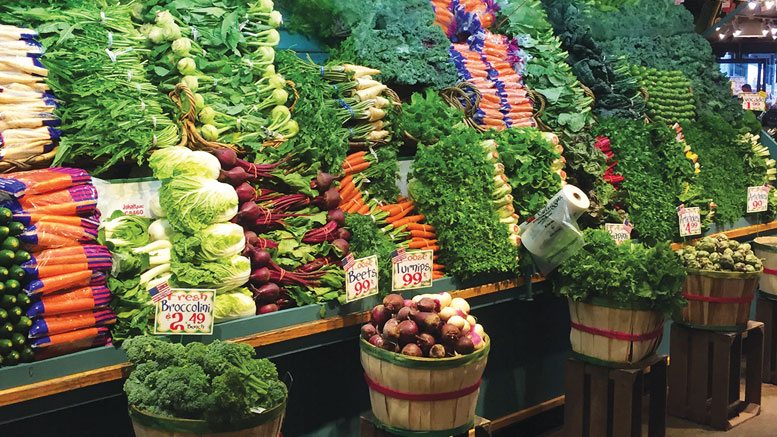 Produce is the mainstay focal point of this family-owned company 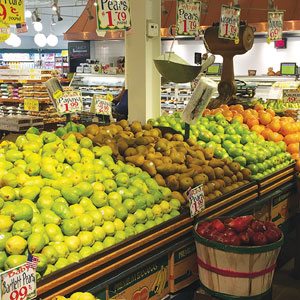 When Nino Salvaggio International Marketplace opened its first store in 1979 in St. Clair Shores, MI, the only products were fresh fruits and vegetables sourced largely from the farmers at Detroit’s Eastern Market and wholesalers at the nearby Detroit Produce Terminal.

The operation has since expanded into a full supermarket with deli, bakery, floral, butcher and grocery departments, but fresh fruits and vegetables remain the heart of the store.

“Our produce is the main focal point of our stores,” says Joe Santoro, senior buyer at Nino Salvaggio, Troy, MI. “Produce is about 40 percent of our business. Our buyers comb Detroit’s Eastern Market and Produce Terminal daily, six days a week.”

With more than 50,000 square feet in each location, great care is taken to display the abundance of fresh fruits and vegetables in a visually appealing way, as the store invites customers to “feast their eyes, and then prepare a feast.”

“When it’s in season, we do as much local produce as we can,” says Santoro. “We get local corn, celery and leaf lettuces. When Michigan tomatoes are in season they are popular. Local apples are a premium item when they are in season, and our cider is a main focal point.” 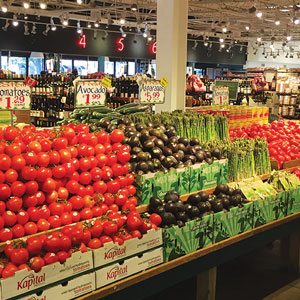 The commitment to buying local extends well beyond the produce department, as Nino’s proudly announces on its website that the store carries 1,600 products grown or made in Michigan. “Our local produce is mainly from the Eastern Market and the Wholesale Market,” says Santoro. “The St. Clair Shores store is 15 to 20 miles from the Eastern Market. We also go to Leitz Farms in Sodus, MI; Ruhlig Farms & Gardens in Carleton, MI; and Rudich Farms in Ray, MI.”

Ruhlig Farms & Gardens offers a full line of flowers and other ornamentals, gardening supplies, plant containers, and, every year beginning May 1, fresh local fruits and vegetables from its location less than 25 miles down the river from the Eastern Market. In September, Leitz Farms was shipping cucumbers, vine ripe and grape tomatoes, as well as Roma tomatoes. New this year was blueberries, promising it is all grown in the soil, not manufactured greenhouse dirt. Rudich Farms grows corn, peas, beans and other vegetables.

Nino Salvaggio has expanded to three locations in the greater Detroit area, including New Clinton and Troy. A fourth store is slated to open in 2018 in West Bloomfield, MI. The St. Clair Shores store serves a largely middle-class neighborhood, and according to Santoro, they come for the produce. “We sell to young families, and to older people,” says Santoro. “We have high-end items, but we also have value items for our customers. If our produce were any fresher it would still be in the ground.”