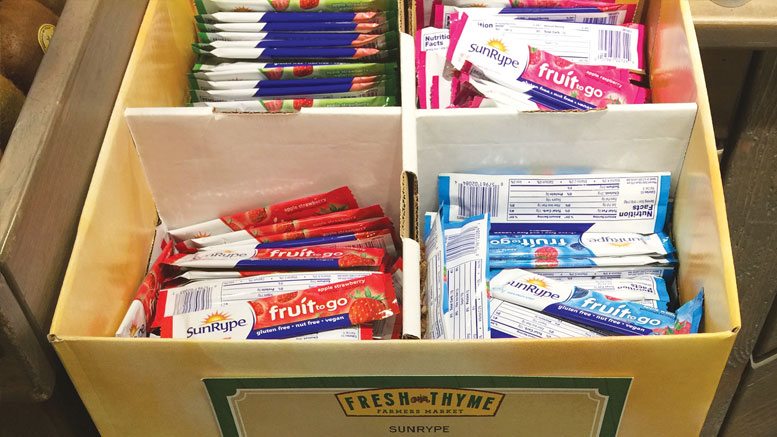 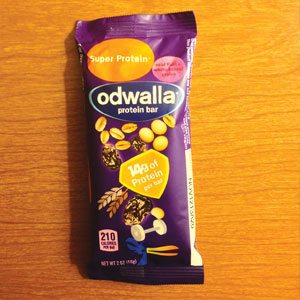 Thanks to a growing group of health-conscious consumers, many of whom are too busy to cook, nutritious fruit, nut and protein bars are gaining popularity and increasingly showing up in the produce section. Snack bars made with whole foods, such as nuts, dried fruits, coconut and seeds appeal to consumers who are hungry for sweet, satiating snacks, but leery of candy bars and other less-than-healthy treats.

In a global snack bar market estimated to be worth $4.29 billion, according to India-based market research firm Mordor Intelligence, healthy yet sweet and comforting snack bars are gradually replacing higher calorie, less-healthy treats like cakes and cookies by featuring added protein and important nutrients, including fiber and healthy fats. And grocery stores are paying attention to this global market, which is expected to grow by 6.7 percent annually, according to Mordor Intelligence.

The growth of the snack bar market represents just a portion of an upward trend in the American snacking culture. According to New York-based Nielson, North American consumers have made snacking an obsession that is worth big bucks — approximately $124 billion annually. While snacking once suffered from a “junk food” stigma that meant unhealthy, empty calories, better options like natural ingredient snack bars, dried fruits, nut and trail mixes have seemingly reinvented the idea of portable treats into something attractive to health-conscious consumers.

“Bars are becoming more appealing to the U.S. consumer because of their compact nutritional profile. It’s very easy to grab 250 calories and 5 grams of protein by just simply grabbing a nutrition bar,” says Chad Hartman, director of marketing for Tropical Foods, Charlotte, NC, which markets a range of snack bars, nuts, dried fruit and trail mixes. “Bars are most closely tied to snack mixes, nuts and dried fruit because of their like nutritional profile; and many times, the same company is involved in the manufacturing of both products.”

Consumers are eating healthier than ever and they want foods packed with nutrition to support their busy lifestyles. Retailers are increasingly seeking to appeal to shoppers who want to eat healthy but don’t have time to sit down for a meal. Nutrient-dense snack bars are attractive because they are relatively inexpensive — anywhere from $1 to $3 per bar — making them an appealing impulse buy.

To attract this growing group of consumers, Richard Stiles, director of produce and floral for Redner’s Markets, a Reading, PA-based American supermarket chain with 44 Warehouse Markets and 20 Redner’s Quick Shoppe convenience stores in Pennsylvania, Delaware and Maryland, displays fruit and nut bars with the fresh and cold-pressed juices. “We appeal to the healthy grab-n-go consumers right as they walk in the store,” says Stiles. “Snack bars, like fresh juices, are a hot item right now, so we place the bars in 12-foot display cases, often near the organic section.”

This technique emphasizes the healthy ingredients in both the bars and the produce. Placing healthy snack bars in the produce section is more likely to inspire impulse purchases because consumers perceive them as fresher than items stocked in other parts of the store. They also perceive snack bars placed near produce to be healthier and less processed.

Retailers are also capitalizing on the popularity of bulk dried fruit and nut sections often found within produce sections.

“We put popular snack bars like Kind Bars near racks of dried fruit because both items sell better using cross-merchandising,” says Fay Davis, produce supervisor for Geissler’s Supermarkets, a chain of seven grocery stores in Connecticut and Massachusetts with headquarters in East Windsor, CT. “Whatever goes in produce sells.”

Brands such as SunRype Products, which sells both snack bars and dried fruit products, are an ideal choice for the fruit and nut section of produce, says Craig Graupe, director of sales for SunRype Products, Kelowna, British Columbia, Canada. “Our bars are typically marketed in a SunRype family of products unique destination rack,” he says.

When it isn’t possible to place products together, Graupe says the bars are placed in various display cases throughout produce. Produce is appealing because it allows the brand to stand out as fresh and high quality.

According to Davis, baked snack bars like Nature’s Bakery Fig Bars should also be placed near bananas, which are always among the best-selling items in produce. Retailers are clamoring to get their bars near this popular section because shoppers are sure to stop and peruse. Placing granola snack bars near the bulk granola section of the store adjacent to the dried fruit and nut section, or date bars near the dates in bulk foods, are other popular cross-marketing techniques that communicate a relationship to consumers.

The term “superfood” isn’t well defined, but it tends to encompass foods that contain a host of vitamins and minerals. According to Jonad Galan, director of produce and floral for Kansas City, KS-based Balls Foods, a chain of 30 stores that includes Hen House, Price Chopper, Sun Fresh and PayLess Discount Foods, it’s best to highlight superfoods such as dried acai berries, chia, sunflower seeds, quinoa and dried blueberries by placing snack bars near bulk or pre-packaged versions of the ingredients.

Galan says coconut, in particular, is popular right now, showing up in everything from coconut oil to coconut water, as well as an ingredient in a number of healthy snack bars. Galan cross-markets snack bars containing coconut flakes with dried coconut flakes found in the dried fruit and nut section.

In general, consumers are attracted to tropical fruits, including dried coconut, mango and pineapple. Snack bars containing these ingredients tend to do really well when placed next to the bulk or prepackaged section. Bananas, mangos, pineapples and papayas are established grocery store staples; but lesser-known tropicals like starfruit, lychee and cherimoya have been trending upwards for the past 10 to 15 years.

According to Galan, marketing snack bars in the produce section still represents a small segment of sales, but retailers are having success using the technique and are hard at work experimenting with other marketing opportunities. “We’ll put a rack of blueberry or strawberry snack bars near the berry patch section during the spring time,” says Galan, “because a floor stand display next to healthy seasonal items emphasizes the fresh ingredients in the product.”

Consumers are interested in eating with the seasons. Additional examples include placing snack bars near pumpkins or other warming foods, or placing bars near fresh or dried cranberries during Thanksgiving and Christmas.

Galan says January and February are one of the most important times of the year for healthy snack bars. Consumers become more health-conscious as the result of over-indulgence during the holidays and newly formed New Year’s resolutions.

“Everybody wants to lose weight,” says Galan. “In the first months of the year consumers are still setting weight-loss goals.”

Placing value-added sections throughout produce, whether it’s nut bars near the almonds and cashews, which are popular varieties in Galan’s stores, or adding grab-and-go snacks to the salad bar, it’s all about giving consumers foods they don’t feel guilty purchasing.

Snack bars also perform well because they provide limited potential for overindulgence in the form of single-serving packaging. While dried fruits and nuts are considered healthy, they also contain a lot of calories and it can be hard to stop eating them.

All of this has led retailers to get creative in marketing to an increasing group of consumers hungry for snack bars made with healthy, natural ingredients by creating associations amongst seasonal and super-healthy ingredients and the attractiveness of grab-and-go servings. While this may all seem new, what seems to remain most important is having distinctive and eye-catching displays that attract impulse shoppers looking for a quick, healthy snack.

Welcome to the Fig Time!