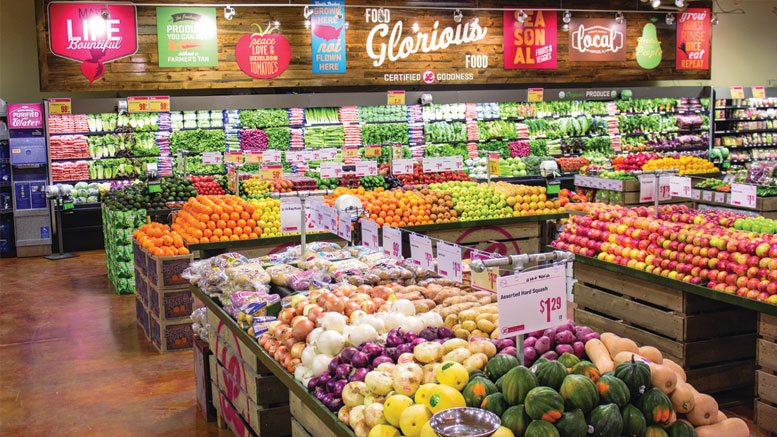 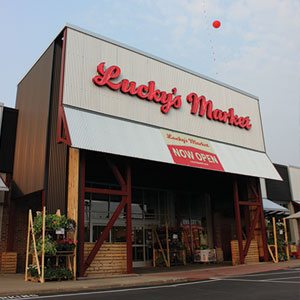 “We are the store for cool kids looking for good food, inexpensive produce, and quick meal solutions,” says Steve Oates, vice president, produce and floral of Lucky’s Market, which has headquarters in Niwot, CO, and two stores in the greater St. Louis area (Ellisville and Rock Hill, MO).

“We offer a full produce department, with a lot of value-added options, along with a salad bar with 10 different salads and ready-made meals to take home.”

Lucky’s shoppers enter the store through the produce department, which occupies approximately one-third of the store and accounts for 25 percent of business — “double the industry average,” notes Oates.

Approximately 50 percent of the produce department is stocked with conventional produce; 35 percent with organic; and 15 percent with local — depending on the season. Up to 15 associates staff the department.

“What makes us unusual is that we carry full lines of conventional, organic, local, and specialty fruits and vegetables rather than limited selections of certain items,” says Oates. “Our customers like choice, so we make sure that we carry everything — especially local.” 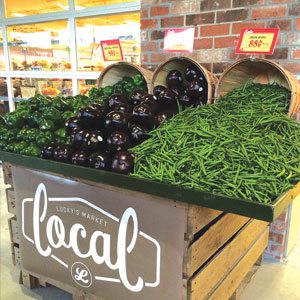 Lucky’s competes with higher-end retailers on selection and with value chains on price. “Our goal is to sell the best possible, top-quality product we can for as little as we can (but at a level that keeps the bosses happy),” explains Oates. “We like to say that we offer organics for the 99 percent of shoppers who are not in the top 1 percent. We are willing to lose money on some items by pricing them to move.”

Produce is actively marketed and cross-merchandised throughout the store. Themed displays pair fruits and vegetables with likely partners: apple and pears with cheese, avocados with chips, and others. Responding to shopper interest in area farmers, Lucky’s hosts meet-the-farmer events, inviting growers to the store to mingle with customers and answer questions.

Stores also post the names and locations of farmers at point-of-sale. Lucky’s reaches out to its “foodie” base with in-store active and passive demos in the department and recipes on the store website.

Supplementing its in-store promotions are a weekly ad flyer, with double ad days on Wednesdays, and a strong social media presence. “Millennials shop online so that is how we reach out to them,” says Oates.

Lucky’s has seen changes in its two years in the St. Louis marketplace that could portend retail and wholesale shakeouts.

“Retail prices dropped across all markets, but customers are putting pressure on retailers for local, which is more expensive,” says Oates.

“The terminal market is changing. While large wholesalers and smaller players still are there, a lot of chains buy directly from grower/shippers, and both technology and transportation are eliminating the middleman,” he says.