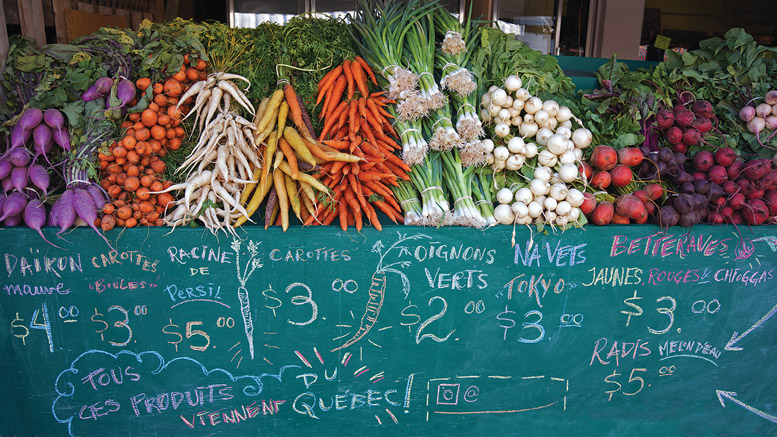 The second largest city in Canada, Montreal boasts a unique and varied population of discerning food consumers. The city proper has an estimated population of 1.75 million as of 2016, according to census data, with the greater metropolitan area logging a population of 4.06 million people.

Consumers in Montreal tend to be very exacting, according to Christos Botsis, president of Botsis Fruits & Vegetables. “If they walk into a restaurant and have a bad meal once, they won’t go back,” he says. “Montreal’s consumers are demanding, but that’s a good thing because it makes us go the extra mile.”

Lifestyle trends in Montreal affect its food business. “If we look at the restaurant business, it influences retail trends because we always tend to eat at home what we eat out,” says Frank Ferrarelli, general manager of Essex Continental Distributors. “We are seeing more produce options because of the vegan trend. More and more vegetables and fruit are being sold. A lot of consumers are changing their lifestyle to be more fruit and vegetable-based.”

Montreal’s multicultural makeup also affects the produce business. “The ethnic demographic consumes a good amount of produce,” says Joel Lavorato, president of Gaetan Bono. “These cultures have a lifestyle of eating together, cooking and incorporating a lot of produce. Produce is a traditional part of these cuisines.”

Maria Cavazos, president of MC Produce, witnesses the effects of Montreal’s diversity on the food industry. “Because of Montreal’s growing immigrant population, we see an increase in the ethnic and neighborhood stores popping up in all areas of the city,” she says. “Our city also embraces cross-culture. For example, people of all cultures eat in all different types of restaurants.”

Montreal’s diversity means suppliers must respond in kind. “With so many choices of restaurants, we have to be able to supply all their diverse needs,” says Corri Morison, sales broker with Benny D’Angelo Produce. “We must offer the produce to cater to those needs as well as those of the retailers, from big grocery stores to smaller stores serving particular ethnic groups. It’s fun to see the needs out there.”

Montreal’s cosmopolitan, ethnic development will continue to drive ethnic-oriented, produce-friendly concepts. “We will have more immigrants from around the world who will live mainly in Montreal,” says Gabriel Isabelle, vice president sales and development for C. Isabelle et Fils, a potato grower/packer. “There are already many specialized retailers and restaurants that bring in new food culture.” 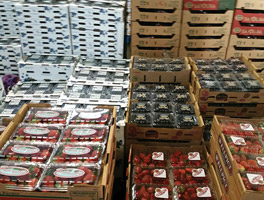 Pushed by the consumer standards and the city’s diversity, Montreal boasts a wide variety of traditional and non-traditional retail options for produce shopping. “Montreal is a competitive retail environment,” says Nino Chimienti, president of retailer Intermarché Lagoria. “Being a retailer in Montreal is not easy; you have to work so customers trust you. In my neighborhood, Rivière-Des-Prairies, we have big banners including Maxi, Super C and IGA. But, I get good volume from my neighborhood. I think I have the biggest market share per square foot in my neighborhood.”

Montreal’s retail makeup is directly related to the type of customer living in the area served. “Demographics, lifestyle and geography all relate to store format,” says Ferrarelli. “If you’re talking inner circle of Montreal, the growth is in small independents, specialty and organic stores. If you go to the exterior, suburban areas of Montreal, then you see the bigger box and big banner stores.”

More traditional grocery stores include large chain stores Provigo (Loblaws), Metro and Sobeys and many independent IGA’s. In the urban areas, stores such as Intermarché Lagoria, Segal’s Market, Latina and Fruiterie Milano offer items customers look for on a daily or weekly basis. Loblaws’ purchase of Pharmaprix in 2013 evolved to the advent of selling fresh foods in these Montreal pharmacies, as reported in the Montreal Gazette. 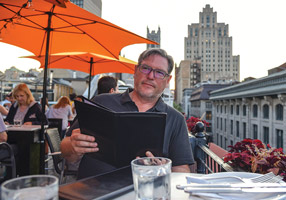 Montreal also boasts a dynamic restaurant sector. From major projects, such as the Time Out Market, or gastro food court Le Central to small-format neighborhood restaurants such as Moccione, Montreal has something for everyone. “Foodservice is an ever-growing segment in Montreal,” notes Botsis.

Health and vegan represent a significant growing foodservice segment. Eater Montreal reports a trend in more innovative vegan replacements for time-honored proteins. The Daily Hive’s “Dished” forecasts 2019 to be a big year for plant-based eating. Gaetan Bono’s Lavorato reports an increase in foodservice outlets focusing on salad. “More salad bar restaurants are growing across the province,” he says. “A lot of restaurants are focusing on more produce on their menu. Foodservice trends link to consumers being more health- and diet-conscious.”

D’Angelo’s Morison adds consumers seek out mobile healthier options. “They’re looking for salads to go, sandwiches, something they can carry with them but enjoy in their surroundings,” she says. “Terraces are big especially in Montreal’s summertime and the style of food follows the idea of being healthy.”

Home meal delivery continues trending, as well. “We have one home meal delivery customer whose amount of business is unbelievable,” says Essex’s Ferrarelli. “People don’t have time to shop anymore, so they prefer getting portioned meals directly delivered to the door.”

And, of course, Montreal’s diversity continues to give rise to multi-cultural dining options. The city’s international restaurant tapestry includes Greek Yia Sou, Indian Masala Palace, Syrian-Armenian Alep and Vietnamese Pho Tay Ho, just to name a few. “Restaurant choice reflects the diversity of the population,” says Cavazos of MC Produce. “We have just about everything in this city, from Greek and Italian to Vietnamese, Chinese, Indian and Jamaican.”