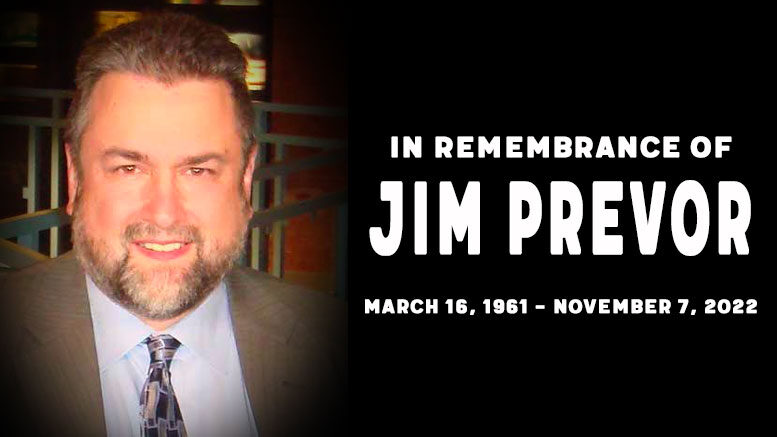 On the wall in my home is a Rudyard Kipling poem that Jim had mounted and framed. He gave it to me about the same year he and Debbie were married. I did not realize it at the time, but that was in the year 1999, which was 20 years since the day we first met.

The year 1999 was also the year that Jim and I both found the women of our dreams, and we began new chapters in our lives. He and Debbie were married in September of that year and I got married in November the following year.

The name of the poem is:

One man in a thousand, Solomon says,
Will stick more close than a brother.
And it’s worthwhile seeking him half your days
If you find him before the other.

Nine hundred and ninety-nine depend
On what the world sees in you,
But the Thousandth Man will stand your friend
With the whole round world agin you.

When I was 18 years old, I left my home and my family and took a Greyhound bus from Kentucky to Ithaca, NY, to attend Cornell University. I was alone, weighed 150 pounds soaking wet and had a funny accent. I struggled that first semester taking courses way above my level. And though I mostly had scholarships, I had to work part-time to pay for my room and board.

The only thing that brought me happiness was playing wide receiver on the lightweight football team and singing at the student union with a few friends I worked with. It was one of those friends who suggested I check out a fraternity.

Sigma Phi had a reputation as being the “anti-fraternity” fraternity, and it only accepted 10 members a year. Unlike the other houses where you would just show up and drink a beer, this fraternity had an extensive interview selection process. Jim and I both “rushed” the house, and it was about this same time in November of 1979 that we met.

You couldn’t imagine two entirely different people… He was chubby, had a strange Long Island accent and a funny laugh. I was skinny, had a southern twang and barely laughed at all. He was Jewish and from an upper/middle-class family. I was Christian and from the projects.

But somehow, none of that mattered…

He simply started asking me questions. He seemed intrigued about my life story. He looked for some commonalities where we could strike a chord. We discovered each of us played the lead in our high school plays. We both played a little guitar. We liked the same music.

I was struck from that first conversation how smart he was. It seemed like he knew a lot about almost everything. He certainly was the first teenager I ever met who read the Wall Street Journal every day!

How could someone only 18 years old know so much? It still baffles me how much of a genius he was.

Fast-forward a couple of years, and we were such good friends we would help each other with our homework. He even helped me get a scholarship, so my fraternity rent was free.

His mind was off the charts, but his grammar needed help. My grammar was much better, but I lacked the depth of thought to formulate a clear argument.

During breaks, we explored our worlds even closer. I visited his home on Long Island, and he took me to my first Broadway Show. He drove us to Kentucky one spring break where he met my family and my friends. I took him fishing, and he caught the biggest fish I have ever seen. I went on vacation with his family to Curacao, and we even took a day trip to Venezuela during that visit.

Sadly, during my senior year, when I was 21, my father passed away and my world seemed to tumble. Who was there to pick me up?

Jim showed up the night before the funeral with food in his arms. He somehow enlivened our sad and lonely evenings and took us all out to dinner every night.

After college, Jim worked for his dad on the Hunts Point Market while I worked multiple jobs and went to graduate school at Columbia. This was in 1985, when our friendship evolved into a business relationship.

Produce Business was his idea. He saw an opportunity where the two of us could shape the produce industry by concentrating on the needs of the buyers.

He wanted me to be his right-hand man and help him with his words and creative vision. I jumped at the chance and put graduate school aside.

But all the while, Jim and I kept learning from each other. We both had an unquenchable thirst for knowledge. We studied new subjects each year: Churchill, Lincoln, Architecture, Biblical History, Art, Psychology, Poetry… you name it. Our library grew every year and continued to grow.

Even as late as a month ago, we were still giving each other books.

I could go on and on, but what I am trying to say is this:

Everyone knows how great Jim was at storytelling, and the story I just told couldn’t hold a candle to the way Jim captured an audience. But here is where I wish Jim could help me in the analysis of it all… The best I can muster is this:

The two words that best describe Jim are CONSUMMATE NOURISHER.

His desire to nourish our bodies with food and nourish our minds with his insights was unbounded.

In many ways, he nourished our souls.

In essence, he FED US with his Fruits of Thought.

If I were to think of a biblical character that best describes Jim, my first instinct would be Solomon, of course, as there is no one in my life with more wisdom than Jim.

But Abraham was the one who rushed out to meet three strangers in Genesis, Chapter 18.

Not only did he greet them with water, he bowed and washed their feet, and fed them a great feast.

Little did Abraham know, but God was one of those three strangers. And it is in this chapter that the Lord told Abraham that he was chosen to become a great and powerful nation, and that Abraham will direct his children and his household to do what is right and just.

Speaking of households, everyone here knows how much Jim loved his children. Do you think it is ironic that both of his sons are in the most elite Hospitality Schools in the world, and that they both have thoroughly studied and have immersed themselves on every nuance of Disney — The Happiest Place on Earth under Jim’s tutelage?

How many times has Jim invited total strangers for dinner?

Once there was a random group of camp counselors from Europe who Jim and Debbie hosted one summer. And I remember the time when Jim and I moved from New York to Florida, and the movers were Israelis — three strangers to be exact. When they finished unpacking the truck, Jim invited them to dinner.

Who can forget the many meals that just seemed to happen at almost any occasion, with Jim always paying the bill?

Perhaps something deep inside Jim was channeling Abraham and the chance that one of us could be God himself, and Jim just wanted to have a conversation!

At the bottom of the Rudyard Kipling poem mounted on my wall, Jim wrote, “To My Thousandth Man, From Yours”

I will be forever honored.

If you wish to share your thoughts, memories, and condolences, simply email us at rememberingjim@producebusiness.com.