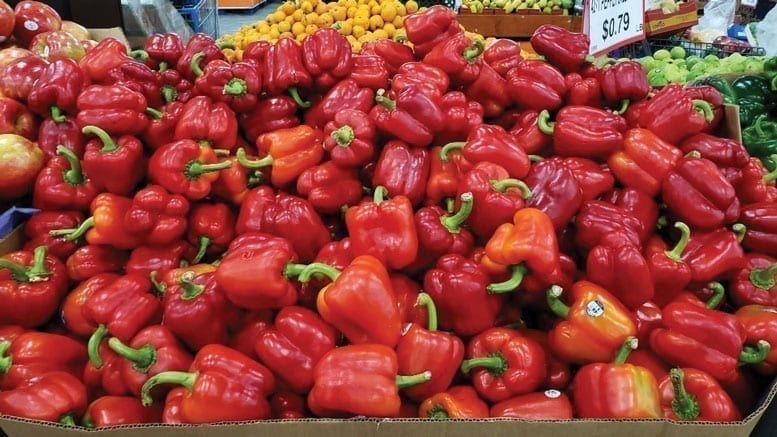 Originally printed in the January 2020 issue of Produce Business.

Walking into any of the eight internationally flavored retail stores in the Atlanta metropolitan area, shoppers are directed immediately to the produce department, which features huge produce displays offering a wide selection. One can also find numerous department workers tending to and restocking the displays in the retail and wholesale operation.

The variety offered is almost overwhelming. Instead of displaying four different kinds of a fruit or vegetable, Nam Dae Mun displays seven to 10 varieties. On its website, it describes offering “the finest and freshest selections of fabulous fruits and delicious vegetables you can find.” The stores merchandise more than 400 different stock-keeping units of produce.

“Produce is really important to us,” says Steve Hong, produce director. “It brings so much to the store.”

In 2005, Yong Kim, chief executive, moved to Atlanta from Chicago where he worked with Kipyo Hong, his brother-in-law and store investor, managing an Asian grocery store, the Chicago Food Corp., which is now called JB Market. Kim is known as “Mr. Kim.”

The two converted an old Bass Pro Shop into a farmers market. Within two years, they would open other stores. Steve Hong also worked in Chicago’s grocery industry.

After he emigrated to the United States from Korea in the late 1980s, Kim wanted to dine on the food of his homeland but couldn’t because the ingredients weren’t available in stores. Kim and Kipyo Hong started the store to provide Korean natives and others food from their own lands. The decision allowed them to make the meals they wanted.

“International people want to cook at home but can’t find their specialty produce,” says Steve Hong. “We try to carry what our customers want, and we try to have all their foods all the time, the types of foods they expect.”

The stores’ demographics are 40% from Hispanic-oriented countries and 20 percent from the Caribbean. The balance of the shoppers originate from Africa, Asia, Central America, South America, North America and Europe.

Nam Dae Mun is named after Namdaemun, one of the historical pagoda-style Eight Gates positioned in the Fortress Wall surrounding Seoul, South Korea. Dating to 1414, the gate is considered the country’s first National Treasure. Namdaemun Market, Korea’s oldest and largest marketplace, is adjacent to the “Great Southern Gate.”

The Duluth store offers 100,000 square feet of products with the produce department occupying 15,000 square feet. Produce constitutes 34% of the stores’ sales. Overall, produce sales are increasing 10% a year. “We are growing our purchases and sales together,” says Hong.

“People are looking for raw ingredients and raw natural products,” he says. “They want to go back to cutting and making their own food. Our customers think buying fresh is important. Young people are finding fresh ingredients, growing their own vegetables and cooking at home. There will be more supply and more demand. There’s only opportunity to grow.”

Fulfilling customer requests is important to the stores’ growth and is how the stores began. “Every time I talk with a produce manager, the customers are requesting their own produce from their country,” says Hong. “We are always looking for those kinds of imported products, which we can sometimes obtain and display for our customers.”

For Kim, condition of the fruit is more important than making the margins, says Hong. “Unlike other chain stores, we as a company try to make money, but we also want to price our produce so customers can afford it,” he says. “Some other stores try to take advantage of good fruits, but Mr. Kim wants to share the produce with the customer, so they can try the best foods for the best price. We try to go low on the price, so customers will come back for quality and reasonable price.”

Local and world produce are vital to Nam Dae Mun’s operations, as well as the connections the chain makes with the growers and suppliers. The stores directly source from more than 100 growers throughout the United States, including Arizona, Delaware, Louisiana, Michigan, Missouri, New York, North Carolina, South Carolina, Texas and Utah as well as China, Taiwan, Central America, Chile, Morocco, Spain and Israel.

For local produce, Nam Dae Mun sources berries, melons, peaches and other stone fruits, leafy greens including kale and mustard greens, sweet corn and many other vegetables from Georgia and surrounding states.

After meeting with a grower, Nam Dae Mun switched its Korean sweet potatoes from other growing regions to Mississippi. The stores cultivate relationships with Southeastern growers and promote their bounty.

“Buying high-quality local produce is really important to us,” says Hong. “Local produce depends on the time of the crops and transportation. We do a lot of local promotions, especially Georgia tree-ripened peaches.”

Colorful fruit entices shoppers. To make shopping easier and mimic how shoppers purchase items, the stores display similar items together. Peppers are displayed alongside related items including carrots and celery, for example.

“Atlanta is growing really fast,” says Hong. “Many people from out of state are moving here. Each group is looking for their own foods. Atlanta has a totally different type of population here. Grocery here is growing. We try to grow with the people who are moving to Atlanta. Atlanta people need our market.”