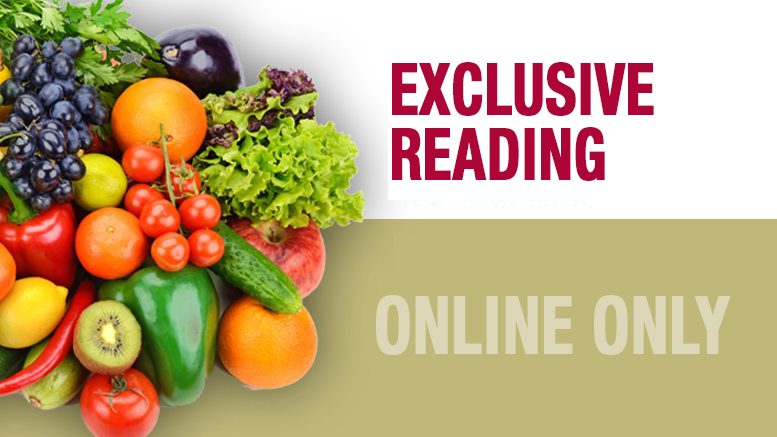 The pandemic has turned the world on its head but Garden State growers and retailers remain as responsive as ever to the shifting pattern of demand.

Although the long-term impact of the coronavirus (COVID-19) pandemic remains unknown, a typical supply of a wide range of New Jersey fresh fruits and vegetables is anticipated this summer to satisfy primary customers across the Garden State, New York City, and Philadelphia, as well as in New England and eastern Canada.

“Since agriculture was made an essential business from the beginning of COVID-19, farmers have been able to prepare and plant crops on their normal schedule, affirms Douglas Fisher, Secretary of the New Jersey Department of Agriculture (NJDA), based in Trenton, NJ.

Vineland Produce Auction in Vineland, NJ, which sells over 6 million packages of New Jersey produce annually, expects no changes to the production schedule either. “Our growers are in full swing, and have not changed what they normally do, but they are concerned about what they will be able to sell,” explains one of the auction’s managers, Carol DeFoor.

Thanks to their fast growing cycles, commercial indoor growers with farms in New Jersey are fulfilling an influx of orders during the pandemic. “Retail demand for leafy greens has increased dramatically. We expanded to more than 140 new grocery stores in April,” reveals Carmela Cugini, executive vice president of sales at Bowery Farming, which is based in New York City and runs two farms in Kearny, NJ.

Fellow indoor grower AeroFarms has pivoted quickly from foodservice to direct more produce to its retail partners. “Our foodservice business was definitely affected but we are working with them as they come back online, and we’re adjusting our growing schedules accordingly,” says Marc Oshima, Co-founder and CMO of AeroFarms, which operates four farms in Newark, NJ.

For smaller retailers, the operational changes prompted by the pandemic have been dramatic. “We can’t do the volume we did because we’re only allowing five to eight people into the store at a time, and we’re closing earlier,” explains Guy Barone, one of the owners of New York’s Valentino Food Market, a longstanding family-run store situated in Ridgewood, NY.

The pandemic has thrown into question the market’s annual investment with a New Jersey plum tomato grower for the Italian family tradition of making jarred tomato sauce during the month of August. “We’re in limbo,” Barone admits. “With social distancing and the elderly self-isolating, I don’t know if people will buy the plum tomatoes this year. It’s supposed to be a family gathering led by grandparents.”

Produce shopping habits have changed as a result of COVID-19 too. “My shoppers used to want to feel the produce but now I’m buying bagged apples, oranges, lettuce, shrink-wrapped broccoli to reassure them that no one has touched it,” adds Barone. “I’ve taken out the olive station, and we’re using pre-packed containers instead. I’m not even doing fruit salads or cut fruit because people want to do it themselves at home.”

Procacci Brothers Sales in Philadelphia, PA, is seeing a trend of 2-3 pound bags of produce at retail. “Consumers want something they can grab, versus picking through produce that someone else might have touched,” comments company president, Mike Maxwell.

To that end, Sunny Valley International (SVI), Glassboro, NJ, and Jersey Fruit Cooperative are placing additional focus on volume and grab-and-go packaging this summer. “We think it will be helpful for retailers as they try to be responsive to a consumer base making less frequent grocery trips and, correspondingly, prioritizing convenience,” says SVI’s marketing and development director, Tom Beaver.

At the same time, the increase in online ordering from supermarkets or other buying services has been “extraordinary”, reports NJDA. “We anticipate more consumers maintaining online procurement,  while strategies for impulse buying at the point of purchase need further refinements,” Secretary Fisher suggests.

Fortunately, since many growers were selling online with their retail customers before the pandemic, many suppliers report that marketing assets such as product imagery and descriptions were already in place.

In the meantime, since dining-out locations remain largely closed, Maxwell’s Procacci says consumers have been getting creative with cooking produce in their own kitchens. In support, the NJDA has published its Jersey Fresh chef videos via its social media channels. “They are also accessible at findjerseyfresh.com, and retailers and others are free to share them,” encourages Secretary Fisher.