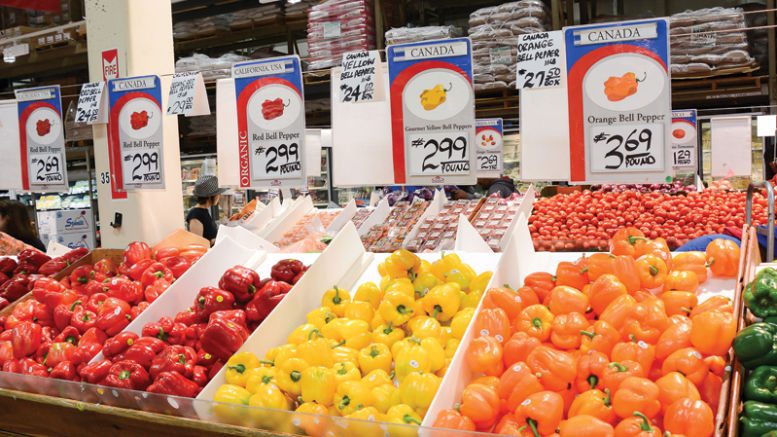 In 1492, while Christopher Columbus was traveling the Atlantic looking for spices, he came upon an unusual vegetable (the bell pepper) that he confused for peppercorn plants that produced black pepper, and thus the “pepper” was born. Today, peppers are a staple item in every supermarket, with red, green, orange, purple and yellow bell peppers regularly creating a cornucopia of color in the produce aisle alongside chili and other hot peppers.

“According to the latest Nielsen rolling 52 week data for peppers, dollars are up 4.6 percent versus the prior year, and volume increased 3.1 percent, so there is obvious growth in the category,” says Kling. “Like so many other tastes, there is some growth in the hot pepper category — although Nielsen numbers suggest a slight drop off in the hot pepper category. That being said, with strong growth in both the Hispanic and Asian populations in the U.S., this trend may change significantly during the next few years.” 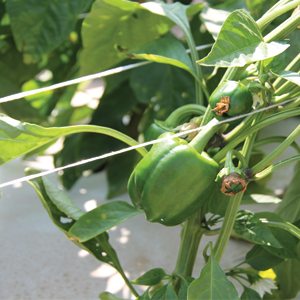 Frank Jaddou, owner of Mazen Foods, based in Detroit, notes peppers are featured in a growing number of recipes, and therefore are good sellers year-round.“We have specials on peppers throughout the year, and I believe people are more aware of them in recent years,” he says. “Whether it’s the popularity of all these cooking shows, or the foodies exploring, there has definitely been a resurgence of interest in the category.”

Sean Callahan, category general manager at Robinson Fresh, headquartered in Eden Prairie, MN, notes today’s consumers have a grab-and-go, convenience-forward mentality and a heightened interest in healthy foods. That’s why it isn’t surprising the two following trends have come to surface: organic versus conventional; and the shift from bulk items that can be washed/cut as desired to packaged or value-added items that are pre-washed, pre-cut and packaged for the consumer.

“The quality of product and tie-in merchandising will not only help sell more peppers, but increase basket ring. We should not ignore the fact that adding color to any cooked dish or fresh platter adds pizazz.” — Daryl W. Johnston, Titan Farms 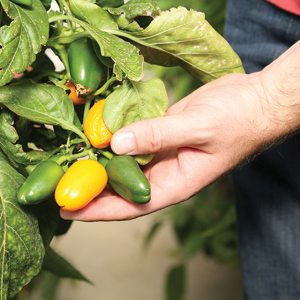 “We see continued growth in all sizes, grades and colors of bell pepper as well as solid growth in chili peppers,” he says. “We increased our pepper acreage each year, and the demand has been there for it. Demand increased for special packs. We upgraded our packing lines and facilities to keep pace with the demands.”

“The quality of product and tie-in merchandising will not only help sell more peppers, but increase basket ring. We should not ignore the fact that adding color to any cooked dish or fresh platter adds pizazz.”

Daryl W. Johnston, vice president sales and marketing for Titan Farms, based in Ridge Spring, SC, says peppers are often not promoted correctly — especially when locally in peak season. He would like to see peppers paired more with center-plate items to provide meal solutions or creative ideas.

“They could carry two sizes to increase sales through cross-merchandising. The quality of product and tie-in merchandising will not only help sell more peppers, but increase basket ring,” he says. “We should not ignore the fact that adding color to any cooked dish or fresh platter adds pizazz. Today’s consumers are always wanting and demanding new items, but in this case, it could be chalked up to taste.” Johnston says growing bell peppers in the Southeast has been a challenge of late with all the disease pressure from the ever-changing weather patterns, which is why new varieties are key to continued success of pepper sales.

Produce shoppers are looking to retailers to provide a lifestyle solution as well as a merchandising experience, which is why Jaddou of Mazen Foods believes it’s important retailers continue to offer value-added items due to the pepper category’s continued growth. 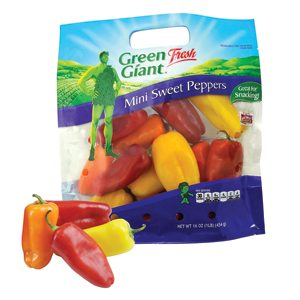 “Some great merchandising tips include: showing consumers easy ways to use peppers in a variety of meals, posting signage near the items that detail how to prepare peppers, and offering a comprehensive selection of value-added pepper items,” he says.

Robinson Fresh’s Callahan says consumers seek quick, fresh, and healthy meal ideas, and retailers should capitalize on this. “Offering these items makes it easy for shoppers to find healthy meal items that don’t require a lot of pre-planning or prep time,” says Callahan. “A good rule of thumb is to keep the assortment simple, as consumers are already strapped for time. Offering too many options could be overwhelming, and the choice may drive them away or onto another item.” Scott Seddon, brand manager for Pero Family Farms, based in Delray Beach, FL, notes the increased number of peppers being packaged is helping with merchandising, food safety and shrink.

“When done right, peppers can make for some very colorful displays, which will attract consumers,” she says. “We see peppers as a growing category, and retailers need to do their part.”

Titan Farms’ Johnston is another big believer in the power of color. “Displays that offer consumers choices close together will increase more purchases.” In addition to a colorful display, utilizing nutritional information or specific health benefits that can be derived from incorporating peppers into daily meals is also a great display idea on which to focus.

“To offer even more convenience, retailers should consider displaying peppers with items that can be used together in meals in conjunction with recipe ideas, such as avocados and onions,” says Callahan of Robinson Fresh. 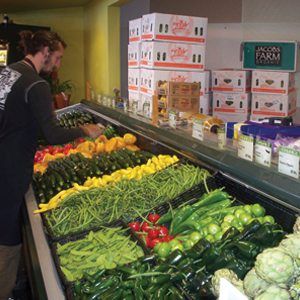 L&M’s Parker says stores should allocate ad space to promote peppers as a salad and cooking vegetable, as well as for veggie trays and snacking. He also feels increasing signage for local programs and offering two price points on bell peppers (such as a premium-bulk option and choice-value option) could go far.

“Nothing compares to local-grown signage when local is available. Consumers love to know more about their farmers, where their food is grown, and how local produce supports the their economy,” he says.

Peppers are very popular in a number of cuisines, and as of late, Americans have a taste for hotter varieties.

There are few vegetables as versatile as the pepper. They can be smoked, stuffed or sun-dried with such tasty results that top chefs regularly utilize them on their menus. A pepper’s crisp and juicy flesh makes it ideal for a snack or in a salad. “A large percentage of consumer purchases are driven by heads of households with discerning children, which is why parents are looking for items that provide healthy, natural snacking options for their families,” says Callahan. “This may be an indicator as to why mini-pepper varieties have seen strong success in the produce department.”

According to FreshLook IRI data, mini- sweet peppers grew almost 40 percent annually — landing them a spot in the Top 5 category sales drivers. In fact, last year, mini-sweet peppers generated almost as much volume as jalapeños, which is historically the more popular pepper.

“Nothing compares to local-grown signage when local is available.”

Taking their cue from cooking shows, Johnston of Titan Farms notes that the grower side is working to develop hotter and more interesting pepper varieties that create options for customers to experiment with new items.

“Bell peppers by nature are known as sweet peppers, and we believe it would be a mistake to further confuse today’s consumer by offering a hot bell pepper,” he says. “There are countless other varieties of peppers to offer consumers the heat they are desiring ranging from the mildly hot Jalapenos to one of the hottest in Habaneros.”

Mike Aiton, marketing manager for Coachella, CA-based Prime Time Sales, says the use of peppers in foodservice and in the home continues to expand as consumers discover their versatility. “Eaten raw, they can be used on a relish tray, as a snack, or dipped in your favorite topping,” says Aiton. “Eaten cooked, peppers hold up well, retain their crunch and flavor, and the brilliant colors make any dish more interesting and appetizing.

“We also hear frequently from consumers whose children love to have the mini sweet peppers included in their lunch or eat them at home as a different and nutritious snack.”

Peppers are also produce items that retailers can utilize to appeal to their customers’ desire to support locally grown programs. In 2016, Robinson Fresh will work with growers in the Texas Valley and Indiana to supply customers with fresh products. The company is focused on growing its organic pepper offerings as well.

L&M works closely with seed breeders to ensure it has the right varieties to produce high-quality, great-tasting peppers in newer varieties for 2016.

“If we are going to make real progress, we need help from retailer marketing; we need help from the seed breeders getting the right varieties; we need higher yielding plants to help with the high costs of production; and we have to farm it right,” says L&M’s Parker. “And a little cooperation from the weather never hurts.”