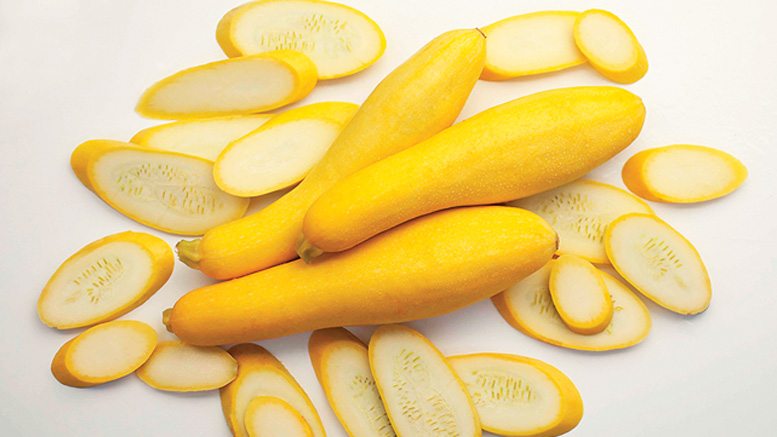 The West Mexico deal continues to provide important stability in volume and variety for U.S. retailers. 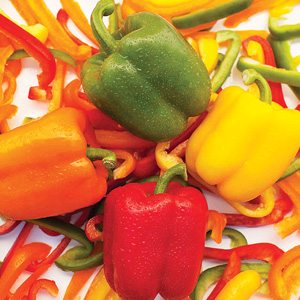 Produce from the western regions of Mexico represents a significant part of the retail produce business.

“It’s a crucial link in our sourcing and our ability to provide our customers with produce all year long,” says Alfonso Cano, produce director at Northgate Gonzalez Markets in Anaheim, CA, operating 41 stores throughout the state. “Our customers expect the product, and the West Mexico deal gives us the availability and reliability we need.”

Jose Vargas, produce manager for Food King, a three-store chain operated by Lowes Markets in Lubbock, TX, conveys West Mexico-sourced product creates a steady supply for the produce department. “We rely on getting the volume and freshness we need,” he says. “This product also often comes at a favorable price, so we can provide more affordable produce to our customers.”

The Fresh Produce Association of the Americas (FPAA) in Nogales, AZ, reports more than 6 billion pounds of produce was imported via Nogales (the primary U.S. port of entry for West Mexico) in the 2015-16 season, a 6 percent growth over the previous season. FPAA reports in the past five seasons, the average growth of imports in volume of total produce was 10.84 percent.

As the deal has grown in volume, it has also grown in variety and consistency.

“The West Mexico deal provides excellent consistency in availability,” says Scott Vandervoet, sales at Vandervoet and Associates, Nogales, AZ. “Given the diversity of shippers, and the naturally conducive environment for growing, as well as ever improving infrastructure for Nogales as a shipping point, the entire supply chain should feel confident about long-term sourcing of West Mexico product out of Nogales.”

The West Mexico deal represents fresh, responsibly grown agriculture with a focus on food safety and taste, says Miguel “Mikee” Suarez, sales at MAS Melons & Grapes in Rio Rico, AZ. “With new technology and farming practices, the West Mexican growers are able to provide the freshest, safest produce in history and continue to raise the bar year after year,” he says. 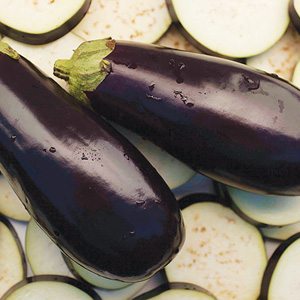 The West Mexico deal comprises a diverse variety of produce items from an expanding geographical region in Mexico.

“The Nogales/West Mexico deal is an extended shipping season sourcing product from across Mexico,” says Allison Moore, director of legislative and regulatory affairs for FPAA. “Much of what crosses through Nogales comes from Sonora, Sinaloa, Nayarit, Jalisco and the states that run along the western coast of Mexico.”

Though the trade has traditionally referred to Sinaloa and Sonora as the West Mexico growing region, Christopher Ciruli, chief operating officer at Ciruli Brothers in Rio Rico, AZ, reports this view is quickly becoming myopic. “Mexico is rich in growing regions outside these two states,” he says. “The current trend shows increasing exportable production and infrastructure in central and northern Mexico, in states such as Jalisco, Zacatecas, Morelos and more. The trade thinking is moving beyond just West Mexico and on to what Mexico can produce in general.”

Vandervoet corroborates any definition of the West Mexico deal should include regions as far south as Nayarit, Jalisco and Colima, since they also ship to Nogales during the winter season, as well as other times of the year. “The West Mexico deal is in a constant state of evolution, whether it be related to growing and harvesting technologies, new seed varieties, or in response to climatic changes,” he says.

“The major players in Mexico are leaving the concept of seasonality behind as year-round production is more often the norm rather than the exception. ”

Thus, the West Mexico deal has now become more of a reference point for wayfinding rather than a definitive season, according to Matt Mandel, vice president of operations for SunFed in Rio Rico, AZ. “The major players in Mexico are leaving the concept of seasonality behind as year-round production is more often the norm rather than the exception,” he says. “That said, the heart of Mexican production still remains Sonora and Sinaloa.”

Buyers such as Northgate’s Cano are expanding the way they look at the deal. “We do a Nogales deal encompassing Sinaloa, Sonora, and along the coast and all the greenhouses,” he says. “Then there is Northwest Mexico, which is in between – kind of Northern Baja California south of Calexico, where we get radishes, green onions and cilantro. Then you have the Baja deal, mainly Persian cucumbers. There is a lot of packing houses in Tijuana now expanding in some products. The geography of the deal definitely continues to evolve.” 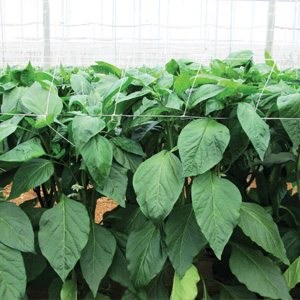 The expanding West Mexico deal provides many of the mainstay items for retail produce. “The deal’s beauty is in how growers from this region have the opportunity to produce a number of key fresh produce products helping supply our retail partners about eight to 10 months out of the year,” says Suarez. “For example, MAS ships watermelon, mini watermelon, asparagus, honeydew, grapes and soft squash — all grown on the west coast of Mexico.”

In terms of total imported customs value, FPAA reports tomatoes are consistently the Number One imported item, representing 21 percent average market share in the past five seasons. Retailers such as Northgate count on the West Mexico tomato deal. “Our biggest item from West Mexico is tomatoes, especially the Roma,” says Cano. “Tomatoes are now a 12-month deal out of Sinaloa. We also rely on the veg deal, including zucchini, cucumber, bell peppers and eggplants.”

Several Top 10 items continue to soar, posting significant change in value in the past five years as reported in the FPAA statistics. “Asparagus shows the highest variation in total trading value,” says Moore. “In the past two seasons, this item has experienced a 34.1 percent increase in total customs value with an average growth of 29 percent over the last five years. Bell peppers follow with a 22 percent increase in comparison with last season and an average growth of 21 percent over the past five.”

As of this fall, MAS is increasing its volume of asparagus and handling soft squash (zucchini, yellow, gray). The USDA data confirms continued increase in the volume of squash, melons, cucumbers and chili peppers from the West Mexico region.

Vargas says Food King handles an expanding assortment of hot chili peppers. “Recently, there has been a lot more variety,” he says. “These include chili de arbol, chili pequin and even another variety of habanero.”

Though West Mexico may be synonymous with vegetables, fruit imports from and through the region also continue to grow. FPAA reports while not a significant increase from the last season, watermelon shows the largest growth of 52 percent from five years ago, with the second-largest average growth of 22 percent per season over the five-year period. “We are seeing extended and increasing watermelon shipments in the late spring from growing areas in Sonora,” says Moore. “Also, new growing areas for table grapes have increased volumes and created an earlier start window for Sonora spring grapes.”

Suarez notes in the upcoming 2018 Mexican spring grape deal, MAS will be harvesting the first of many new grape varieties growers at MAS have planted for future production. “Ivory will be the first of our new varieties, with many more to come in the following seasons,” he says.

Grapes continue to be a huge winter deal for Northgate. “From December to mid-January, grapes are the No. One item we sell, and they’re for the most part coming out of Mexico,” he says.

Traditionally, the West Mexico/Nogales deal has been measured as a “winter import season” peaking from January through April, yet this no longer reflects the complete picture.

“The Mexican import season continues to evolve as growers invest in technology, develop new seed varieties and expand into new micro-climates,” says Moore. “Now, the peak of the season has shifted, especially with new fields from Northern Sinaloa and Sonora. This means Nogales has a new peak season, effectively from December until the end of June.”

Cesar Pacheco, sales manager for Giumarra Nogales of the Giumarra Companies, Nogales, AZ, credits adoption of new production practices with affecting variety and availability. “The growing areas have evolved incredibly because of advancement in growing technology,” he says.

As Ciruli Brothers expands further into Mexico with increased infrastructure and protected agriculture production, the company expands its timeframe. “The result is more product available during different windows across more growing regions,” says Ciruli. “For retailers, this means we can continue to provide fresh items more consistently and for longer periods.”

One of the biggest factors in extending seasons has been the success and spread of protected agriculture (PA) in West Mexico. Pacheco credits particularly the advent of more adapted environment production as resulting in more options and benefits for retailers. “This gives us better quality and consistent volume,” he says. “We can more accurately forecast season start and end times. We are able to keep stable production throughout the duration of our season. This gives retailers more confidence to plan ads and promotions.”

According to statistics from SAGARPA (Mexico’s department of agriculture), in 2016 a total of 40,862 hectares (100,972 acres) of protected agriculture was planted in Mexico. “The West Mexico area of Mexico continues to be one of great importance for the protected ag sector in the country with 39 percent of the protected area in the states of Sinaloa, Sonora, Baja California and Baja California Sur,” says Alfredo Diaz Belmontes, chief executive of the Mexican Association of Protected Horticulture (AMHPAC — the Mexican protected ag growers association) in Culiacan, Sinaloa, Mexico.

Vandervoet’s Vandervoet acknowledges the use of adapted environment infrastructure as increasing productivity and assuring quality. “This has strengthened the base of shipping volumes, which provides retailers, as well as all those in the supply chain, with confidence in sourcing West Mexico product,” he says.

According to AMHPAC, the great majority of the protected area continues to be used for the production of tomatoes, peppers and cucumbers. “A smaller area is devoted to the production of eggplant and other varieties of chilies,” says Belmontes.

Yet, even with current sizeable production, importers foresee more growth. “Mexican growers will continue to invest more in hothouse or some form of protected agriculture production leading to increased availability from West Mexico,” says Ciruli.

AMHPAC continues to promote the diversification of crops among its members. “As well, we search for added value through research in international markets, something we have been doing so as to identify other crops demanded in these markets,” says Belmontes.