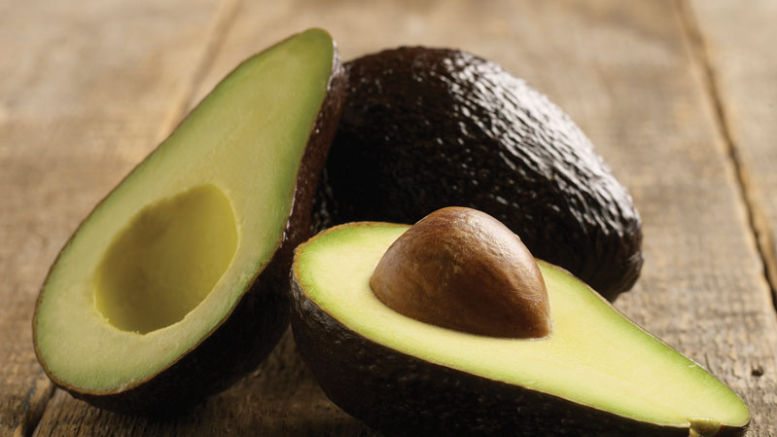 How using promotions that play off the fruit’s health benefits and taste can increase sales.

The stars seem ideally aligned for Peruvian avocados to continue to rack up market share in the United States and Canada. Commodity board executives say the task for retailers is a basic one: present consumers with excellent product backed by promotions that generate interest and offer value.

“The avocado has seen tremendous momentum in recent years with no signs of slowing,” says Timothy Spath, avocado category manager for LGS Specialty Sales, Ltd. in Westchester, NY, an importer of fresh fruits and vegetables. “As consumption continues to rise, there are times when Mexico can experience shortages, and sometimes these shortages can happen in months when the Peruvian avocado is available. It is up to the different exporting countries’ committees to promote the product and educate the customer at the same time. If this can be done effectively, it is beneficial for the industry as a whole.”

Sales are expected to increase by between 15 and 20 percent this year due to “excellent promotions and a higher consumer demand throughout the summer months,” says Spath. “As long as the Hass avocado has a good oil content when it is harvested — between 23 and 30 percent — the Peruvian avocado is comparable to a Mexican/Californian piece of fruit. The fruit is being promoted as the “Summer Avocado,” as its season is from May to August.”

All Peruvian avocados are typically Hass avocados. As Mexico supplies fruit to the U.S. year-round and Chile can start as early as late August, Spath adds, there can potentially be three different countries of origin in the market at once.

According to Spath, “excellent promotions” involve food truck wraps with attractive pictures from Peru on the sides, promoting Peruvian avocados at baseball stadiums as a hotdog topping, as the “summer avocado,” and as in-store promotions at various clubs. “Anyone that shops at major retail stores throughout the summer months will most likely be a consumer of Peruvian avocados.”

All Hass avocados taste great, notes Xavier Equihua, chief executive of the Washington, D.C.-based Peruvian Avocado Commission, but each country of origin has its own personality. Avocados from Peru are “special because they are at their peak in the summer, which of course is when consumption is at its greatest.”

Because avocados from Peru are grown near the equator, they only bloom once a year, he adds, “so the quality is consistent and they all ripen in the same short period.”

“Naturally sheltered as it is from heavy rain or freezing temperatures, Peru is an almost perfect climate for the cultivation of avocados,” says Equihua. “Some tropical avocados bloom multiple times a year and are subject to the vagaries of rainfall.”

“Peruvian avocados are Hass, and are very similar to the fruit grown in California and Mexico,” says Robb Bertels, vice president of marketing for Mission Produce, Inc. in Oxnard, CA. “However, Peru tends to produce larger fruit than is typical in California and Mexico even though Mexico’s size curve this season has skewed larger.” In addition, Peruvian fruit tends to have a thicker, more pebbly skin, and sometimes stays a brighter shade of green even after ripening. 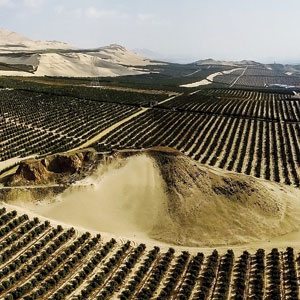 Mission Produce began shipping avocados from Peru in May. The company has various facilities throughout California, Chile, Mexico, and Peru — including this facility in Arato, Peru.

In North America, Peru overlaps with California as well as Mexico during the summer months. Whether or not Peruvian avocados should be promoted separately from other countries’ avocados is “a tricky question,” according to Bertels.

“Each country of origin has a unique season, quality characteristics and geographic advantages,” he says. “The trade definitely cares about those attributes because of logistics, ripening characteristics and velocity in the store. Getting that message to consumers while pushing consumption to higher levels is the real trick. All of the promotional effort put forth by various chief operating officers is good for awareness and consumption.”

“The first arrivals should start in North America in late May, but the expectation is that the promotional efforts by the Peruvian Avocado Commission will have a positive influence on sales,” says Bertels. Overall, he and his colleagues expect volume similar to last season to arrive in this market.

Gradually during the past 15 years, avocados have gone from becoming an exotic fruit to one that is widely considered more mainstream, says Equihua. “They are being consumed by all ages and demographics. Case in point: avocados are now a popular baby food staple. Why? Because they are easy to eat, and of course they are good for babies.”

Demographics also favor high-quality avocados. To the surprise of many, Equihua says, Millennials have “completely embraced avocados like no other group has done in the past. They use them in many ways, from salads to smoothies. They are why avocados will eventually become as commonly used as tomatoes.”

This eating usage, he adds, is on top of the traditional, consistent base of Baby Boomers “and the senior community for the simple reasons that avocados taste great and are excellent for your health.” More Americans than ever are watching what they are eating, “and they know that avocados are one of the most perfect superfoods available in the produce section.”

Retailers all over the country have been doing a “fantastic” job of promoting avocados to consumers, Equihua has found, which he feels is why the category has been growing so fast. “We definitely thank them for that. Wal-Mart, Costco, Ahold and Wakefern, all had a strong year with avocados from Peru last year. This year it looks like six or seven additional chains will be taking advantage of the strong avocados from Peru marketing efforts.”

From a marketing perspective, Equihua argues, much still remains to be done, especially with consumers located in the Midwest and the South. “We also need to create traction in the East Coast similar to the traction that we have in the West Coast.” The collective promotions by the avocado category have a simple objective in common, he says: to make avocados a mainstream super food for all Americans.”

“The romance of exotic origins like Peru makes the fruit all the more appealing.”

“Mexico and California complement the avocados from Peru season, which runs from mid-May to mid-September,” explains Equihua. Consumption of avocados keeps growing, he says, “because there is supply coming from all different areas of the world, giving consumers a plentiful supply.”

Peruvian avocados are at their flavor peak during the summer, because unlike other regions, Peru has only a single bloom, which guarantees that the product will be consistent in flavor and maturity.

Sales as a result of the promotional efforts this year should be roughly the same as those last year, says Equihua at approximately 100-million pounds. “We will complement the summer window in markets primarily east of the Mississippi by supplying peak season fruit during the summer. That’s why we call avocados from Peru the “Summer Avocado.” It’s a challenging market this year, but it should be good for avocados from Peru.”

Equihua says he still sees over-ripe avocados in produce departments. “We need to work with our retailer partners on the issue in order to provide consumers with a consistent and perfect avocado experience.”

He also believes that Peruvian avocados should, indeed, be promoted separately from other countries’ avocados. “Consumers, especially Millennials, want to know where their products come from. The romance of exotic origins like Peru makes the fruit all the more appealing. And of course avocados are the perfect super food. They are a super-healthy food rich in 20 vitamins and minerals with zero cholesterol.”

“What the Hass Avocado Board does is focus on nutrition and nutrition marketing through the ‘Love One Today’ program,” explains Emiliano Escobedo, its executive director. The program’s goal is to raise awareness of the nutritional benefits of consuming Hass avocados. To do so, it leverages “a couple of key insights that we gathered through our consumer research.” One is that that consumers love avocados for their taste, and another is that “they are also not fully aware of all the nutritional benefits.”

What “Love One Today” does is “give consumers permission to enjoy them and love them by communicating two key benefits that they consider relevant: avocados contain naturally good (monounsaturated and polyunsaturated) fats and are cholesterol-free,” says Escobedo. The program targets health professionals and both general and Hispanic consumers.

In 2014, Escobedo says, Peru shipped 141 million of the 1.85 billion pounds of Hass avocados that came into the U.S., or roughly 7.6 percent. Last year, Peru’s market share dropped to 4.7 percent, with 100 million out of 2.14 billion pounds. The reason for the decline, he says, is that more were shipped to markets outside the U.S. For 2016, Peru’s volume is projected to remain relatively unchanged.

Year-to-year comparisons for January and February 2015 and 2016 show retail pricing in the U.S. down 10.4 percent, according to Escobedo, which he attributes to higher volumes coming from Mexico and lower pricing at FOB level in the avocado market. “That has given the retailer the opportunity to be more aggressive, not only in their promotions but also in day-to-day pricing.”

Country of origin, says Escobedo, is not a driving factor for purchases. Last year for the first time avocado consumers told his group that nutritional benefit was more important than taste. “That is a direct result of the nutrition research program we launched.”

Going forward, HAB will continue to trumpet health benefits, with a heavier investment in nutritional research. To leverage that at retail, the group developed a study called “Shopper Purchase Decisions and Influences,” which Escobedo calls “a quick path-to-purchase action guide.”

Mandarins Proving To Be Sweetest Of All Oranges