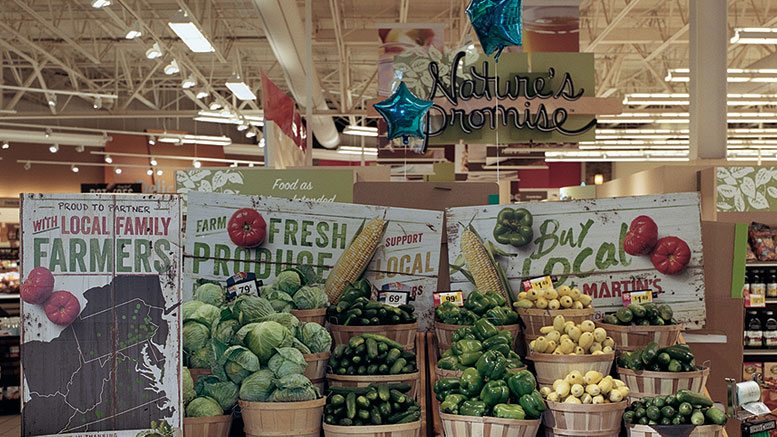 Consumers love it and retailers oblige 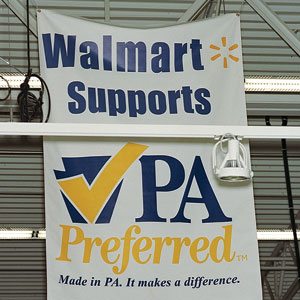 The diversity of Pennsylvania’s fruit, vegetable and mushroom growers enables the Keystone State’s retailers and those within a few hours’ drive to gratify consumers eager for the flavor, freshness and quality epitomized by local produce.

“Reaching back more than a decade, we’ve seen a shift of consumer habits and interests, and the reason is clear — more people want to know more about their food and where it comes from,” says Pennsylvania Secretary of Agriculture Russell Redding.

“The varied microclimates, soils and topography, combined with season-extension techniques, lend our state to diverse production and practices. We have great partners in the retailers who carry Pennsylvania’s produce in promoting our state’s products and the PA Preferred brand. The commitment to local helps drive that diversity in our agriculture industry and the subsequent reinvestment of dollars into growers’ local communities,” says Redding.

Prompted by the burgeoning “buy local” movement, the Pennsylvania General Assembly enacted the PA Preferred program in 2011. Since then, it has grown to 2,000 members, which include retailers, restaurants, value-added members, and fruit and vegetable farms. The program, administered by the Pennsylvania Department of Agriculture (PDA), assures that the members’ products are grown/produced in the state.

Weis Markets, based in Sunbury, PA, informs website visitors that it featured local produce before it was “cool,” reaching back many generations. Over the course of a year, its 207 stores sell 160 locally sourced items, says Dennis Curtin, director of public relations. “We sell local produce for 10 months of the year — not just summer.” More than 100 Weis Market suppliers are Pennsylvania farmers.

Brian Overdorff, co-manager of the Wal-Mart Supercenter in Altoona, PA, says Wal-Mart strives to source close to the store. “Customers look for the freshest produce. Our goal is for the product to be in the store within 24 hours.” Variety of choices and a guarantee describe Wal-Mart’s Pennsylvania produce.

The state’s production also augments Wal-Mart’s choices in other states. Growers may contact an individual store, but the final decision is made by corporate to ensure quality throughout the chain, says Overdorff.

Richard Stiles, director of produce and floral for Redner’s Markets, Inc., a regional chain based in Reading, PA, praises quality. “You can’t beat local when it’s available. We have a good local situation, where local peaches are 30 minutes from our warehouse, and Giorgio’s mushrooms are just across the street — we’ve been dealing with them for 25 years,” he says.

Jim Kidwell, director of marketing/advertising/buying for Family Owned Markets’ 12 stores in southcentral Pennsylvania, agrees with the “buy local” trend. “The sense of community is strong in our market and is expected to grow,” he says. “Any time we can buy local products, it helps our buying costs by cutting out middle suppliers and transportation costs. It also assures a ‘fresher’ product by shipping directly to our stores from the growers.”

Dalton Zeiders, produce manager at the Hometown Markets in Hollidaysburg, PA, offers an explanation for the local trend: “Our customers ask for it.” Hometown Market’s small-format stores, owned by McAneny Brothers Inc. in Ebensburg, PA, have disproportionately large produce departments.

Karns Foods, based in Carlisle, PA, owns eight stores in the Harrisburg area. Scott Karns, president and chief executive, forecasts the “buy local” will only grow since it appeals to the customer base. “As sales grow, more suppliers will come online with additional local offerings. Buying local is not a price issue, but a support of local farming and fresher products.”

Local produce purchasing varies by vendor. “Some vendors deliver directly to individual stores, while other vendors utilize consolidation centers. Some product is also procured from commodity buyers, for replenishment through our distribution centers,” says Krepps.

“We support as many local farmers as possible,” says Mike Constantine, produce senior merchandiser of SuperValu, New Stanton, PA. “For the window of opportunity, we have found their product, quality and freshness are second to none. The local farmers we support are always consistent with their product and fill our needs.” SuperValu operates Shop ‘n Save stores in Pennsylvania.

SuperValu sells locally grown product to the stores it services, but independent retailers also have the option to purchase from local growers in their area. “We are able to order every day of the week from our local farmers to deliver fresh, quality produce,” says Constantine.

Joe Fasula, vice president for the eight Gerrity’s Supermarkets in the Scranton, PA, area, says, “It’s a short season here in the Northeast. I wish I could pull more from my area; we soak it up as much as we can.”

A picture of the grower in store often accompanies Weis produce. In addition, local growers frequently appear in the chain’s circulars. The website features videos of suppliers with stories about families and farms. In stores, popular seasonal produce spotlights several suppliers, and an availability calendar helps customers know when to expect certain items.

Cross-merchandising not only augments sales, it informs customers of new and exciting combinations, or reminds them of traditional uses. “In March we often have displays of corned beef and local cabbage. In seafood, you will see red sauce and local horseradish next to our service seafood case,” says Weis’ Curtin.

Merchandising at Gerrity’s depends on display size, says Fasula. “I get excited about fresh Pennsylvanian corn,” he says. “I’ll often do a waterfall display using two big tables and a big sign, telling the story about the farm and the farmer.” Gerrity’s circular spotlights local produce and the suppliers, plus the stores’ dietitian offers healthy snacking ideas and recipes.

“We identify all local items and have separate ad blocks stating local items,” says Karns Foods’ Karns. Store signs state both local and country-of-origin as required by the government. “We also do a weekly cross-merchandising sheet for stores tying in products from varying departments.” Karns also says the company’s website is the most effective way to reach engaged customers.

Giant Food Stores and Martin’s Food Markets use various marketing programs, including in-store signage and promotional displays, billboards, weekly ads and social media to promote locally grown produce. “We merchandise a locally grown display featuring the names and photos of our growers in prominent locations in all of our stores during the peak of the locally-grown season,” says Krepps.

SuperValu sends a merchandise guide to its stores for the produce team to educate customers. “We recommend stores build displays that are all-inclusive of locally grown product inside the store, or promote outside for an event, to draw attention,” he says. Constantine suggests using pictures of local farms and Mason jars for canning, corn skewers, slicers and paring knives, etc., for cross-merchandising. He also suggests making recipes available.

According to Constantine, the company’s weekly ad circular is its best tool for promoting local. The company does limit TV and radio spots. “However, our website is growing with social media front and center.”

Weis Markets is a sponsor of the Pennsylvania Farm Show, an agricultural exposition. “As one of Pennsylvania ag’s largest customers, we want to highlight what we do in terms of our ‘buy local’ program. In 2016, we had a farm-to-table exhibit that included product displays and videos of farmers who supply us with milk, apples and potatoes. Through their story, we told our story,” says Curtin.

For the 2017 expo, Weis Markets’ “Farm to Shelf” display showcased the various trucks used to ship potatoes from the farm to processors and to the grocery store as whole potatoes, chips and other value-added products.

Locavores have plenty of choices, and it is not unusual for a Pennsylvania farmer to grow an array of fruits from apples to strawberries and vegetables from arugula to zucchini.

Before starting his catering company, State of Affairs Catering, in his hometown of Lancaster, PA, Chef John Moeller prepared très soigné for three U.S. presidents and other heads of state at the White House. “I look to local first before going outside the area,” he says, adding there is a wealth of Amish and non-Amish growers at his disposal. “I cater events all over the country, and produce is my biggest nemesis. Cooking skills are important, but ingredients are even more important.”

Buona Foods Inc., in Landenberg, PA, offers a full line of fresh mushrooms. “Local is part of life and part of community. What people feed their kids — they want approved and safe,” says Gale Ferranto, president.

Ron Carkoski, chief executive and president of Four Seasons Produce Inc., in Ephrata, PA, praises Lancaster County’s product. “We have access to the best local farmers and beyond. It’s a great opportunity for retailers.”

Emily Kohlhas, sales and marketing coordinator for John Vena Inc., located in the Philadelphia Wholesale Produce
Market, says local produce has always been favored in season. “It is fresh and often has a price point that can’t be beat during peak growing season. That alone is usually enough to make the case for local, both for wholesale customers and consumers.”