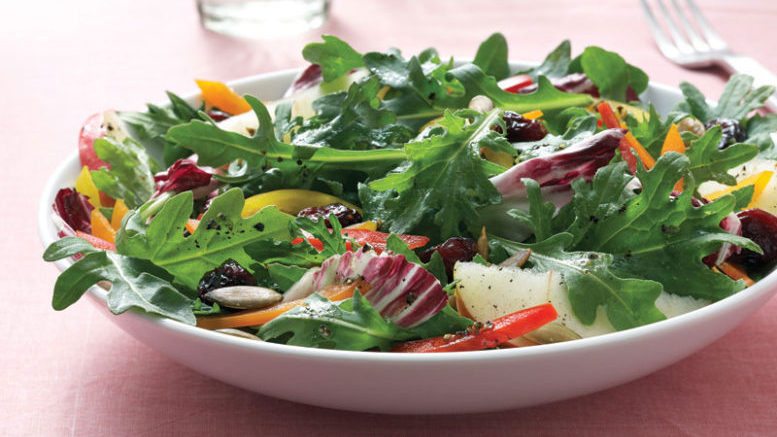 Consumption data suggest lettuce is on the decline. Leaf and Romaine dropped in 2014 compared to the previous five years, according to the USDA. Still, lettuce, both head and leaf, is the third most consumed fresh vegetable in the United States behind tomatoes and potatoes. 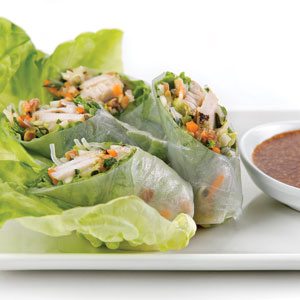 Chef Gavin Schmidt, executive chef, Corners Tavern, Walnut Creek, CA, enjoys changing greens with the seasons. “We take standard lettuces and make them more exciting with seasonal flavors from chicories, arugula, watercress, and whatever vegetables are at peak of season. I like to pair traditional with innovative.”

Chef Fred Sabo, executive chef, Metropolitan Museum Members Dining Room, New York City, likewise creates his salads from both traditional and more varied greens. “I might use just arugula, as I do in my butternut squash salad with goat cheese, walnuts, and fruit, or up to 20 different greens. Sometimes I have a flavor or texture profile in mind — bitter, peppery, mild, fluffy — and other times I use what’s available. My daytime clientele are pretty traditional, but I innovate for our evening patrons with something like a radicchio and Butter lettuce salad with a tart grapefruit vinaigrette, smoked nuts, and avocado.”

Lettuce is making its way onto other sections of the menu. Sarah LaCasse, executive chef for San Juan Bautista, CA-based Earthbound Farm, uses deeper greens in a grilled mélange under fish or blended into smoothies.

Chef Sabo sautés Butter lettuce and braises it into a sauce for scallops. He also adds juiced baby tatsoi to dashi broth. 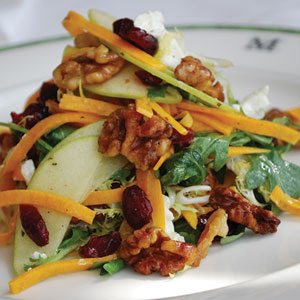 Lettuce trends differ somewhat across the country. According to Datassential’s 2014 menu survey, more arugula appears in the Northeast while Iceberg is popular in the Midwest and South.

Kori Tuggle-Dinner, marketing vice president of Salinas, CA-based Church Brothers, acknowledges that although kale is mainstream, it is more popular in the coastal regions of the country, where it might be mixed with Romaine as a “new” Caesar salad.

“Little Gems are big with our customers across the country, but particularly on the East Coast,” notes Caitlin Antle Wilson, sales and marketing director, Tanimura & Antle, Salinas, CA.

Indeed, salad’s health halo extends to restaurant menus. In May 2015, salads were among the most added new or limited-time-offer (LTO) items on chain restaurant menus, according to the monthly update from Datassential INSIDER, which includes new menu items, LTO’s, and test market products. Fuller notes specific health movements, for example, low carb, propel forward such items as tacos and burgers in wrapped lettuce rather than in tortillas or on buns. Antle Wilson says her company sells lettuce for breakfast wraps as an alternative to morning burritos and also for juicing.

Gib Papazian, president of Lucky Strike Farms, Burlingame, CA, notes because people are eating more fruits and vegetables than ever before, growers can expand choices with items like artisan lettuces with varied textures and color.

Samantha Cabaluna, vice president marketing and communications, Earthbound Farm, explains that the company is responding to the need for more robust nutrition by offering various SKUs with deeper greens.

“In 2013, a survey we did with Chicago-based Technomic highlighted the relationship between health and nutrition and darker leafy greens and red greens,” says Nucci of Mann Packing. “Additionally, the pop of color really adds richness and simplifies salad preparation by eliminating the need for as many condiments or additional veggies. The color is already there.”

Greens also mean money. “We have economic motivation to increase the vegetables and decrease the protein on our plate,” says Farmer Lee Jones, Chef’s Garden, Milan, OH. “Protein is expensive.”

(Not) Tossing The Old

Classic lettuces — Iceberg and Romaine — continue to be popular. According to Papazian, Iceberg is particularly popular in the Hispanic community and is undergoing resurgence in the classic wedge salad.

Baldor’s Walker sees variations such as big circles of Iceberg topped with blue cheese crumbles and tomatoes, while Tanimura & Antle sells little 30-count Iceberg heads that are used in mini-wedges with creative dressings.

“Restaurants like baby Iceberg and baby Romaine because they are cute and fun,” says Walker. “Chefs look for new ways to excite the guest, and baby lettuce does that while giving chefs good control over plate costs.”

Tuggle-Dinner of Church Brothers says value-added, ready-to-eat is still a main format for foodservice leafy greens, with a lot of end users procuring direct field-packed carton leafy greens and investing in labor to chop the greens on site. She adds, “demand for whole leaf ready-to-use/eat product continues to increase for ease of use and labor savings. We offer multiple formats, including our “Crunch Leaf” variety with crunch like Iceberg and the green end frill of green leaf.

“We’ve broken down barriers by prewashing lettuce blends to save on prep time and labor,” says Cabaluna. “We introduce and reintroduce lettuce blends for foodservice customers interested in more than Romaine, for example, [combinations of] spinach, arugula, mustards, or Butter lettuce.”

Newer Kids On The Block

Datassential’s 2014 MenuTrends reports a modest presence on menus of a number of less common greens, including watercress, endive, radicchio, baby arugula, frisee, and escarole. These are joined by a growing number of new varieties being bred to maximize appearance, shelf life, taste, and convenience. 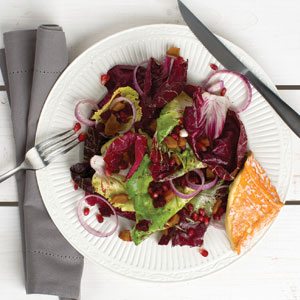 Tanimura & Antle’s Artisan line features petite Oak, Tango, Little Gems, and Romaine lettuce, as well as the George T., a hybrid named in honor of founder George Tanimura. “This new item has been about 10 years in the making. It is a new colossal Romaine heart with the crispy crunch of Iceberg,” says Antle Wilson. “The George T. reduces waste and is a very sustainable item because not as many outer leaves need to be removed and discarded.”

Innovation is particularly active among niche farmers such as Chef’s Garden, which offers lettuce varieties at several stages of their life — micro, petite, ultra, baby, and young. Chef’s Garden also plants varieties with high visual appeal, such as an oak leaf lettuce with burgundy speckles.

In an effort to differentiate salads, many restaurants and chefs request custom leafy green blends. “While blends are not new, what chefs ask us to blend continues to change,” says Church’s Tuggle-Dinner. “Chefs might request more variety, a specific cut style, or a particular leaf size. They also are shifting toward heartier, textured salad blends that maintain crunch when dressed.”

“Softer lettuces and blends don’t stand up to the heavier vegetables in our popular chopped salad,” says big Burrito’s Fuller. “We switch to chicory or frisee, or we go back to Iceberg.”

California chefs are known for their salad innovations. “Menus had mainly Caesar or mixed greens 20 years ago, but now people are venturing off regularly into stronger flavored greens such as frisee, radicchio, and chicory,” says Chef Schmidt of Corners Tavern. “I try to balance the strong flavors with sweetness and an acidic dressing, or [balance] the crunch and bitterness [of a green] with an ingredient such as walnuts.”

Creativity reigns on salad menus. “I recently dined at Bestia in Los Angeles, and I saw numerous salads on the menu, including one made with wild greens, purslane, and endive, as well as another with Little Gems in a vinaigrette with fresh radishes,” says Sharon Palmer, RDN, author of Plant-Powered for Life, Los Angeles.