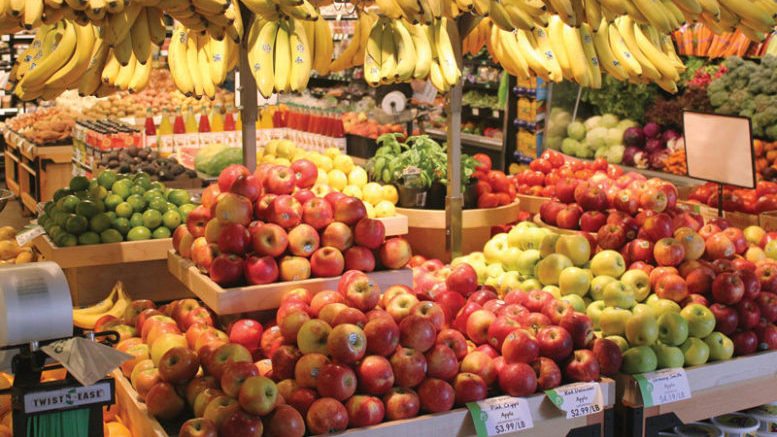 There are approximately 550 full-service conventional grocery stores in Iowa, according to the Iowa Department of Public Health. This equals one grocery store for every 5,636 Iowans. In the Des Moines metro area, which includes the counties of Polk, Warren, Madison, Dallas and Guthrie, there are a total of 98 supermarkets.

Years ago, the major players in the retail arena included Hy-Vee, Fareway, Wal-Mart, Target and Price Chopper, formerly Dahl’s Foods, according to the local newspaper, The Des Moines Register.>

This has recently changed, with a number of national upscale supermarkets entering the region. In 2015, The Fresh Market opened its doors in West Des Moines for a brief period, and this year Fresh Thyme Farmers Market also opened in West Des Moines.

This has been challenging for a number of produce brokers, including Chandler Metelman, Inc., which did a big business with Hy-Vee until March of 2015.

“Now, Hy-Vee has taken the business we used to do in-house,” says Ron Peterson, Chandler Metelman’s president. “This impacted many people, since our company doesn’t do nearly what we did years ago.”

The independent market climate may be shifting. The Des Moines Register revealed that Natural Grocers, a Denver-based company, plans to build a store in Clive, a Des Moines suburb. These newcomers join upscale retailers Whole Foods, which opened an outlet in West Des Moines in 2012, and Trader Joe’s, which entered the city in 2010. There also are a few ethnic markets in the area, mainly Asian and Hispanic, serving the city’s increasingly diverse population.

To compete with these gourmet outlets, Hy-Vee reportedly expanded its HealthMarket line, which includes natural, organic and gluten-free products.

Much of the retail growth for the area’s produce business has been in the convenience store channel. For example, distributor, Loffredo Fresh Produce, does a strong business with Kwik Trip and Casey’s General Store.

“On the retail side, most of our growth has been in convenience stores and quick marts, like Kum & Go,” says Adam Babcock, director of operations for fresh-cut processor, Produce Innovations, which is a division of Loffredo. More Iowans are eating smartly at lunch and stopping into these stores.”