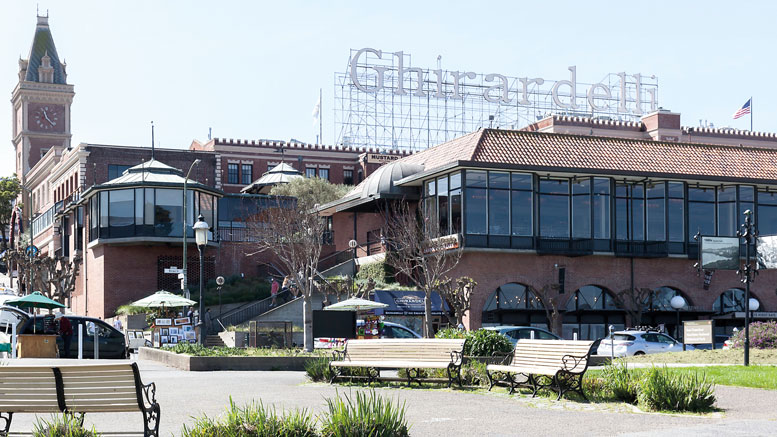 In the City by the Bay, fresh produce continues to move. Though movement is slower because of COVID closing restaurants and other foodservice institutions, San Francisco-area wholesalers work to supply their customers with fresh product from the Golden State as well as from around the world.

The Bay Area’s grocery stores are doing well in the pandemic, restaurants not so much, notes Kevin Sommerfeld, owner of Banner Fruit Co., based in South San Francisco, CA. “San Francisco is a ghost town,” he says. “The economy has definitely gone down. People are not going out.” People are staying and cooking at home and doing restaurant takeout.

With California’s confusing COVID restrictions that have opened and closed restaurants, San Francisco area wholesalers and the eateries they serve are adapting. When governments ordered restaurants to close, distributors were left holding inventory they couldn’t move.

“We are hoping for more business as we see more cities and states loosen up and more restaurants reopen,” says Eric Patrick, director of marketing for Grant J. Hunt Co., based in Oakland, CA. Hunt has adjusted to the changes by maintaining steady distribution to ensure the restaurants and schools it serves are able to receive the right fresh produce at the correct time.

As an increasing volume of people dined at home, more shoppers attempted to vary their menus by placing more unusual items in their shopping carts, including baby red and yellow potatoes, fingerlings and other produce. “With the increases in consumption of produce, the optimist in us believes there are people experimenting with new varieties because they want something different,” observes Patrick. “This is like with all the different club apples coming out. As all these products went through the roof in retail sales, we should be expecting they may eat the same at restaurants when they reopen.”

Wholesalers express hope in business getting back to normal. “There’s a lot of optimism for what hopefully could happen this summer,” says Jeff Gargiulo, managing partner with Greenleaf, headquartered in Brisbane, CA. As COVID cut into foodservice movement, many suppliers moved to supplying meal delivery services. “A lot of people have pivoted,” says Gargiulo. “They want food delivered to their homes. They want takeout from restaurants. It will swing back at least somewhat the other way. These delivery concepts are here to stay.”

Gargiulo says he believes more people will travel domestically, including to destinations such as San Francisco. Hotels are experiencing strong summer bookings, and he hopes San Francisco experiences strong tourism business. Before the shutdown, hotels on the Monterey Peninsula were in high demand. Some of Greenleaf’s other customers, including Pebble Beach Lodge at Carmel Bay, were fully booked.

Following easing of restrictions, wholesalers began seeing an increase in foodservice sales. Then, the restaurants were closed again, which further harmed sales. “Foodservice in general is walking softly,” observes Sommerfeld. Many restaurants have closed, with owners of older institutions deciding to retire, he says.

Trying to keep a lid on costs, restaurants are ordering but only what they need. “They’re very careful and are trying to be as slim as possible,” says Sommerfeld. “They are not over-ordering. They don’t want to have to be shut down again and be stuck with product.” Still, orders are increasing. It’s like a wheel, explains Sommerfeld. If the restaurants are ordering, wholesalers are putting in orders, which wasn’t the case in late 2020.

The foodservice restrictions aided those distributors servicing retailers, such as North Bay Produce Co., Inc., San Francisco, which sells to high-end stores. “Retail sales picked up quite a bit,” observes Gary Camarda, president. “The economy before COVID was just steady. The economy now is good. The stores are doing better than they were before COVID because all the restaurants were closed but are starting to open again.”

Retailers adapted to the pandemic by working to fulfill shoppers’ demand for more produce. “Whether they’re expanding the number of apples they carry, adding different potato SKUs (stock-keeping units), they’re offering customers something outside of their norm, which is trending for them,” says Patrick. “As a multi-generation company, we have a lot of contacts and flexibility. We can help customers with new ideas or new packaging. People will ask us about things, and we will seek products that fit.”

Aside from the pandemic, the San Francisco region is renowned as a hotbed for dining. Fresh produce is a key ingredient of those world-famous cuisines.

“In the U.S. and maybe in the world, the Bay area is known for its innovative cuisine,” says Gargiulo. “Almost every great chef works here for a while to experience the product, the food and the wine. There’s no other area like it. It’s what drives a lot of peoples’ desire to live and work here.”

The region is unique. “It’s like a collective melting pot,” observes Patrick. “There’s all the different cultures, the variety of ethnic-type restaurants you have in the city. It’s a real place where so many different flavors come together, whether you’re looking for traditional flavors or something new and experimental.”

Because of that culinary boldness, a lot of cuisine testing is conducted in the Bay Area. “San Francisco is seen as a culinary star in the restaurant business,” says Patrick. “This area is where foodies go to discover new food items and new ways to prepare things. You see a lot of first-time things happening in the Bay Area.”

The Bay Area also is a great place to live, work and to visit. “San Francisco alone has so much to do and see,” notes Sommerfeld. He cites the Bay Area’s numerous professional and college sports teams. “You’ll never see anywhere else in the world all these teams within 25 miles north, south, east and west that people can go to any sporting event,” he says. “San Francisco is a tourist town with cruise ships docking here. There is a lot in the area that people do and don’t know about.”

The City by the Bay does possess some drawbacks, says Camarda. “It’s a beautiful place to live, but the politics here aren’t so good,” he says. “It’s unbelievable what you see in the city. Because it’s so expensive to live here, everyone is moving out of the city.”

When in season, local products are a key part of Greenleaf’s catalog. Because many growers are small and cannot afford their own distribution, wholesalers play critical roles in distributing local growers’ products. “Local is really important, particularly in the San Francisco Bay,” says Gargiulo. “A lot of restaurants really want to feature local products. They know it has high quality and better flavor. Consumers know that and want to eat locally.”

The wholesaler works with many local farms. To help growers sell more product to restaurants, Greenleaf collaborates with local growers to develop product schedules. Wholesalers like Greenleaf also help restaurants develop their menus. “We try to set expectations about what’s fresh and what the chefs ought to be thinking about,” says Gargiulo. “Greenleaf develops daily buyers’ notes, which include the week’s featured products that spotlight local growers.

“The Bay Area and our farming areas of Sonoma and Salinas are great places to produce products,” says Gargiulo. “There’s a wealth of great product out there from small organic farms that specialize in certain crops.”

The Grant Hunt Company feels the pull for local. “There’s always demand for local,” observes Patrick. “People are always looking for that local and fresh experience, the shorter delivery times and all the benefits you get from local produce. It’s taking advantage of those seasonal items that cause that excitement and catch consumers’ and chefs’ eyes. It gives chefs something unique to present to their customers. There is a lot of chef experimentation here.”

Sommerfeld considers product grown within 250 to 300 miles as local. “We are seeing more demand for local,” he says. “As far as I’m concerned, California is its own country. We have everything we need here, to a point. I’m not a fan of the taxes, but it’s a great place to be at and live.”

San Francisco wholesalers also benefit by their close proximity to the Port of Oakland. The port is one of the top North American ports and, along with ports in Long Beach and Los Angeles, is considered one of California’s three leading ports for perishables.

The port possesses a wide footprint. “The Port of Oakland is strategically located for access to the lucrative Northern California consumer market as well as direct access to interior points such as northern Nevada, Salt Lake City, Denver and the Midwest,” says Marilyn Sandifur, a port spokesperson. “Oakland has served as the principal ocean gateway for international containerized cargo shipments in northern California. The Oakland seaport consists of 1,300 acres of maritime-related facilities serving a local market of over 14.5 million consumers, 34 million within a seven-hour drive and 50% of the U.S. population by rail.”

Greenleaf supplements its product line with winter Chilean fruit arriving at the Port of Oakland as well as exotics shipped by air. “Having the Port of Oakland, having San Francisco International Airport, that kind of infrastructure is very important for the whole economy, the well-being of the community as well as the food supply,” says Gargiulo.