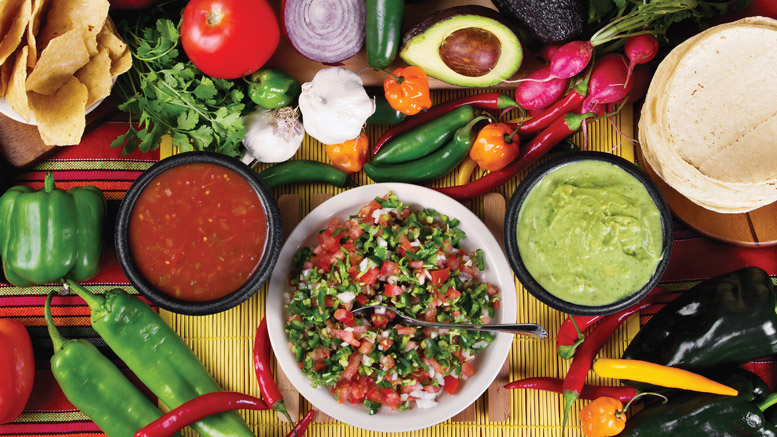 Americanized holiday is a good opportunity to upsell produce for festive celebrations. 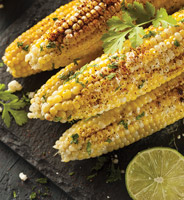 Contrary to popular belief, Cinco de Mayo doesn’t celebrate Mexican Independence Day. That happens on September 16. What May 5 does mark is the 19th century Battle of Puebla, a clash between Mexico and France during the Franco-Mexican War, where Mexico emerged victorious in David-style against its Goliath opponent. Today, thoughts of fighting have long faded. Instead, this Americanized holiday popular in all 50 states is centered around a celebration of Mexican culture and cuisine.

“Cinco de Mayo is a pretty good produce-selling opportunity that is growing in popularity, though not yet to the level of the Super Bowl,” says Jeff Cady, director of produce and floral at Tops Friendly Markets, a 159-store chain headquartered in Williamsville, NY. 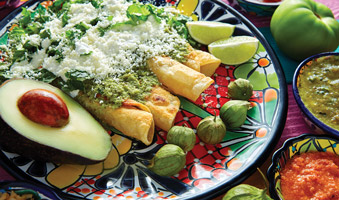 “We have seen a 15- to 20-percent jump in sales on average leading up to Cinco de Mayo, with the focus on Hispanic items, such as fresh and dried chilies, jicama, tomatillos, cilantro, chayote squash, cactus pears and more,” says Robert Schueller, director of public relations for Melissa’s/World Variety Produce, in Los Angeles. “This holiday is a good time to extend the line and broaden the category of Hispanic produce a retailer offers.”

“More avocados were purchased and sales were higher for Cinco than for the Super Bowl in 2018. Plus, sales at this time have grown most dramatically [double digits] in the West, Southeast and Northwest.”

“Similar to the way Americans have embraced St. Patrick’s Day and now celebrate it in a bigger way than they do in Ireland, so it is with Cinco de Mayo,” explains Jan DeLyser, vice president of marketing for the California Avocado Commission (CAC), in Irvine, CA. “The holiday is not primarily targeted to Hispanic customers, but it is more popular in California, the West and Texas than in other states. As popularity of Mexican foods grows throughout the country, so grows the opportunity for Cinco de Mayo entertaining.”

Beyond this, there are two ways people observe Cinco de Mayo.

“The first are those who celebrate last minute by going out,” says Dianne Le, associate director of shopper marketing for Avocados from Mexico (AFM), based in Irving, TX. “The second are those who plan in advance to host an at-home occasion.” 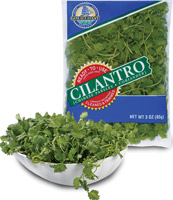 AVOCADOS. In 2018, sales of avocados for Cinco de Mayo reached nearly 66 million units (up 45 percent from 2017) and $60 million (up 11 percent from 2017) at retail alone nationwide, according to data provided by Alejandro Gavito, category data and research manager for the Hass Avocado Board (HAB), in Mission Viejo, CA. “More avocados were purchased and sales were higher for Cinco than for the Super Bowl in 2018. Plus, sales at this time have grown most dramatically [double digits] in the West, Southeast and Northwest.”

Regarding the best SKUs, DeLyser says, “while there may be opportunity for incremental sales of bagged avocados during promotional periods, the key opportunity for retailers is to make sure they have plenty of ripe avocados on display.”

“Roma tomatoes are the marquee item for making salsa,” says Hurley Neer, vice president of sales for DiMare Fresh, in Homestead, FL. “The majority of these will be coming from Mexico this time of year. There should be good availability, and it’s a good time to promote. Florida grows some Romas, but not in as big volume as the mature greens.”

ONIONS. Cinco de Mayo is a good holiday for white onions, according to Jessica Peri, retail sales manager for Peri & Sons Farms, in Yerington, NV. “This year, the white onion market is hot, and it could stay that way until May. The El Centro (California) crop, though, will start in April. In general, boost sales by educating shoppers on which onions are best for which types of dishes. White onions are a star in Mexican recipes.”

CILANTRO. Cilantro is often forgotten because it is an herb. But it is an important one for Cinco de Mayo since it’s used in many Mexican favorites such as salsas, tacos, soups, guacamole and even in infused cocktails, says Crystal Chavez, marketing coordinator for Gold Coast Packing, Inc., in Santa Maria, CA. “There should be a push for stores to display this flavorful herb leading up to this holiday.”

Ninety-five percent of Persian limes, the most prevalent in the U.S. market, come out of Mexico in May, according to Ronnie Cohen, vice president of sales for Vision Import Group, LLC, in River Edge, NJ. “Availability is usually good during this time, so there should be promotional supply. Some retailers like to sell a certain size by the each, maybe at a hot loss leader price. Others like to have value-added 1- or 2-pound bags, or 5-pound bags for Club stores, or a combination of bag and bulk.”

In addition to limes, other citrus items such as lemons, grapefruit and oranges “are important for this holiday,” says John Chamberlain, vice president of marketing for Limoneira, in Santa Paula, CA.

MANGOS. Cinco de Mayo is a great holiday for mangos since they are a natural pairing with so many popular dishes, particularly salsa and guacamole, says

According to Angela Serna, communications manager for the National Mango Board, in Orlando, FL, “Early May is the peak of the honey mango season. Round Hadens and Tommy Atkins are also in season during Cinco de Mayo. Retailers are encouraged to offer multiple varieties, sizes and prices to present consumers with more options.”

Mangos work well when promoted in bulk, fresh-cut, in guacamole or in a tropical salsa, says Chris Ciruli, chief operating officer for Ciruli Brothers LLC, in Rio Rico, AZ. “Most people see this holiday as a time to socialize, so cross-merchandizing with spirits and liquor also works. Think of a mango margarita or mango sangria.” 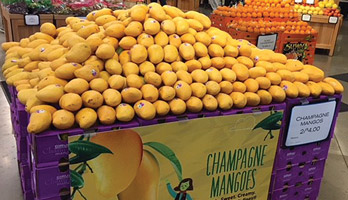 The best way to capitalize on this produce-selling holiday is to start by timing it right.

On the supply side, “we start working with retailers at least four weeks in advance to send the ads and finish all the promotional work,” says Fresco Produce’s Romero, regarding limes. “Two weeks in advance, we will know roughly the volumes, and at least one week in advance, we start loading so we can meet commitments for ads.”

On the retail side, “in-store and digital promotions for Cinco de Mayo start at the beginning of April. During the last week prior to the holiday, there is a final, hard promotional-push,” says AFM’s Le.

“Retailers typically put out our sign kits, and other special signage, about three weeks prior to May 5,” notes Melissa’s/World Variety Produce’s Schueller.

Cinco de Mayo falls on a Sunday in 2019. This means there’s a chance people will celebrate for the weekend rather than a single day.

“Holidays that occur on a weekend typically experience a greater lift in sales than holidays that occur during the week,” recommends HAB’s Gavito. “That’s because shoppers aren’t as time constrained as during the week, and they can also prepare more readily for party activities. Because of this, retailers will want to make sure they have ample supplies of Hass avocados on hand — and on display.”

The week before Cinco de Mayo is the best time to build merchandising displays centered around the holiday, says Alex Jackson Berkley, sales manager with Frieda’s Specialty Produce, in Los Alamitos. “A salsa, guacamole and/or margarita spot display is a great way to acknowledge the celebration and increase sales.”

Create an ‘all things Cinco’ display for convenient shopping, recommends HAB’s Gavito. “Cross-display avocados with chips, beverages, paper plates and other holiday-related items. Consider placing bagged avocados in the salty snack aisle of the store. In the produce department, consider a display of Hass avocados, tomatoes, limes, onions and peppers.”

Bigger displays of avocados, “along with other associated produce” are featured for Cinco de Mayo at Keil’s Fresh Food Stores, a two-store chain based in San Diego, according to Brian Haire, general manager.

The NMB offers in-store bins with the brand message, ‘Super Fun Superfruit’, to its retail partners to support Cinco de Mayo sales. “Place mangos with seasonal fruit like avocados and tomatoes. The bins are built to last and can still be used as the foundation of our National Display Contest in June,” says Serna.

Colorful Cinco de Mayo shelf-talkers at point of display catch shoppers’ attention and educate, says Limoneira’s Chamberlain. “We also like to do cross-promotional, in-store sampling, and we use peel-off recipe cards so shoppers can easily locate recipe items that may be in different areas of the store. We have some mouth-watering recipes for the holiday, including Coconut Lime Black Beans, Pulled Pork Tacos with Citrus Salsa and Fresh Citrus Flan.”

Additionally, says Chamberlain, “Megan Roosevelt, aka The Healthy Grocery Girl — and also our Limoneira ‘One World of Citrus’ spokesperson — is a registered dietitian and has some wonderful tips and recipes for Cinco de Mayo and easy, to-the-point videos that shoppers will find on our YouTube, Instagram and Facebook channels. We also share this information in a geo-targeted shopper footprint with our retail partners.”

An aggressive front-page ad on the chain’s weekly circular is one way Cady at Tops Friendly Markets promotes Cinco de Mayo. “We’ll feature avocados, tomatoes, onions and cilantro, for example, and tie in other items throughout the store such as chips.”

“This holiday, we are displaying consistent, eye-catching creatives all around the theme ‘Your Cinco Starts Here.’ In addition, AFM is cross merchandising with Tostitos to offer 1.5 million coupons on Tostitos bags, along with featuring an image of guacamole on the front of the bags and including a guacamole recipe on the back of the bags,” says Le.