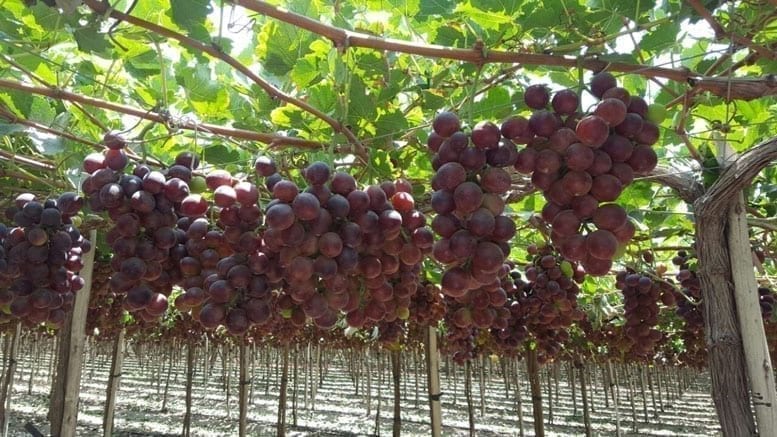 Chile’s grape harvest is anticipated to end early this season, meaning the 2020 spring deal should enjoy a steady cross-over into Mexican grapes during the second half of April, until the first week of July. Coachella will start in mid-May, until the second week of July.

“At this point, we expect a smooth transition, as the Chilean season started seven to 10 days earlier,” notes Marc Serpa of Oppy. “For red grapes, we are looking at a fairly seamless and smooth transition, however, green grape supplies are slightly short because of the lower volumes from Chile.”

Since Mexico is on schedule, Serpa says the trade will most likely not see much overlap with California. “Last year, the industry started late, with most volume coming in June,” he explains. “This year, however, we expect a normal start, especially since there was a warmer spring, which will bring the crop earlier. This means we won’t see what happened last year, where we still had considerable volume of Mexican grapes when the California season started.”

John Pandol of Pandol Brothers concurs that 2019 was highly concentrated across four weeks, which proved “very problematic.” “There is a big effort to stretch out and balance the harvest,” he says. “Sonora will ship 25-30% of its crop before Coachella has any minimal critical mass.”

Despite a warmer spring, however, a sporadic frost in Sonora during February may lighten Mexico’s total crop, although Gary Caloroso of Giumarra maintains there should be “plenty of promotable volume.”

The frost came after the bud break of the earliest vineyard, Pandol reports. “On the affected vineyards, the secondary buds will push, and there will be a smaller crop a little later,” he clarifies. “Having said that, it’s the early part of the middle districts that are most affected, whereas the earliest area of the Guaymas Valley had no frost.”

Before the cold-snap, Sonora’s crop was looking good, adds Scott Rossi at Fresh Farms. “We might lose some fruit but that may help the crop achieve better sizing, and come in a little earlier,” he suggests.

Thanks to its Jalisco production, Fresh Farms anticipates a mid-April harvest for Sweet Globe, Sugar Crisp, Ivory and Cotton Candy. “Jalisco is coming along a little earlier than normal,” says Rossi. “The quality is outstanding. Jalisco has been pretty much weather [trouble] free.

From Sonora, Fresh Farms expects to harvest around May 5-10, through to July 4. “Prime from Guaymas, we should have by May 10,” says Rossi. “It’s difficult to know about the later varieties, but they’re not looking late. If anything, they’re on time, and with the freeze they could be earlier.”

Starting in early May, Giumarra forecasts plenty of red, green and black grapes. “Out of Mexico, we will have Early Sweet, Flame, Summer Royal (black seedless), Arra Passion Fire and Arra Sugar Drop,” predicts Caloroso. “Early Sweet is the earliest commercial green seedless variety out of Mexico. It starts shipping in April, and we will have promotable volumes around the May 10 timeframe.”

Oppy’s spring grape program focuses on Sonora, and Serpa expects good supplies through May and June, with the latter month providing the best promotional opportunities. “We’ll have Early Sweet in early to mid-May, with great volume of Sugarone in mid-May to June, and Sweet Celebration hitting the market at the end of June,” he says.

As ever, a flexible business plan will be crucial to enable retailers to best position themselves this season. “For grapes, April 15 to June 15 is the most volatile and difficult (time) to predict,” acknowledges Pandol. “Add to that, between 5% and 10% of the vineyards are converting to new varieties every year, with little experience as to the harvest timing.”