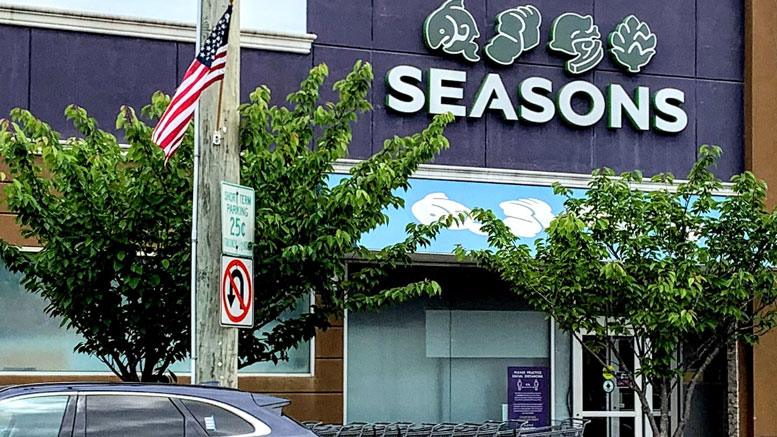 When produce leaves the store with customers, “it should last in their house a week.”

In the produce department at Seasons in Lawrence, NY, quality always comes before quantity.

That’s the only way things make sense to Zeke Kreitner, chief produce officer for the operation and manager of its Five Towns store on Long Island.

Seasons operates six neighborhood supermarkets and two Express operations, essentially kosher convenience stores, in the New York metropolitan area from Long Island and across through to New Jersey. It also prides itself on being the largest kosher supermarket chain in the United States, and says so on its website.

The produce department in the Lawrence store is only in the 800- to 900-square-foot range, about 10% of the store, but Kreitner has a way of operating and merchandising the department that makes it more abundant and productive than the space might seem to suggest.

“We’re a small, tidy operation,” he says during a store tour, setting out his basic merchandising principles. “But we’re more about quality and service. We believe in colors.”

Nearby full-line supermarkets might make the Seasons produce department seem tiny, but Kreitner sees advantage in the store’s scale of operation.

“I don’t understand those big operations,” he says. “I feel like they have a lot of waste. We’re a smaller operation. We have a different touch.”

Rather than pushing out whatever it might be able to sell, the Seasons produce department applies a finer touch, Kreitner says.

“My goal since I started doing produce was that I always wanted the product to last at least a week in the customer’s house,” he states. “They should be able to take, blindly, everything off the shelf, and it should last in their house a week.”

Perfection may be impossible, but Kreitner wants to get as close to it as possible, so the company purchases quality, mostly from the Hunts Point Market, with a small percentage from Baldor and local distributors, and gets the product out on the shelves as soon as possible, with workers continually attending the display. Buying quality is critical because of the high standards the company maintains. If poor quality product arrives, Kreitner won’t display it and the waste costs money, so the company is careful about what comes in and and how quickly it gets on the store shelves.

“Even our bananas are in a rotation,” Kreitner says. “The bottom is all greenest.”

As such, Seasons directs customer to the yellow bananas on top of the display. They can get the green below if that’s their choice. For the most part, though, they pick the yellow and workers move the bananas from a shelf below the endcap top surface as they take on their final yellow hue. In that way, Seasons keeps an attractive presentation while minimizing shrink.

As noted, colors are important to Kreitner’s merchandising philosophy, and he deals them out across the dry vegetable display as well as the wet case.

“It’s a beautiful arrangement of colors. You have orange, yellow, green, red and purple. This is my favorite side of the produce department.”

And he sees opportunity to use color throughout the department.

The store’s service orientation is on display in the fresh cut and prepared produce presentation. Although it offers bagged branded salads, Seasons also has a full line of vegetables hand cut in the store’s basement kitchen. Seasons also offers in-house, hand-washed and cut lettuce that it inspected for kosher certification.

He’s always on the lookout for new ideas. One of the managers in another store, who co-manages the produce departments for the company with Kreitner, was making a popcorn cauliflower recipe that became one of the No. 1 items in the deli. “We said, ‘why don’t we give it to them raw? Let them make it fresh at home,’” Kreitner says. “You charge a little premium.”

On the other end of the prepped spectrum, the company is doing more with oven-ready items at a little extra margin, supplementing the selection of fresh cuts.

To maintain the integrity and appearance of the department, employees continually restock and remerchandise, but always to a pace. Seasons just doesn’t estimate and stock out, the department is subject to adjustment all day long to ensure everything is fully stocked and top notch.

“Every item in the store, the pack out is reflective of what’s going to sell,” Kreitner says. “And the difference is we have staff on hand throughout the day adjusting. I have this item piled up to the sky, and this item I only have six pieces. Every item has to be run that way. Each pack out has to be by the consumption.”

Organization is critical, particularly with fresh cuts, and the in-house kitchen makes new cuts for produce only when necessary.

“We come up every hour, hour and a half, make adjustments, prioritize. There are live adjustments all the time. The idea is to keep it full and fresh. There’s nothing soft. Firm stuff all around.”

In seasonal produce, the store offers wrapped cut watermelon on ice, in an early summer example, that is designed to have an attractive appearance but merchandised in a way that is consistent with the store philosophy.

“We keep it in the fridge during the winter months when you don’t need as big a pack out. Obviously, again, because you don’t want to over produce. You overcut, you have mushy melon. It’s not going to help you. Every item in the store, the pack out is reflective of what’s going to sell.”

Seasons has dealt with all the challenges that have emerged over the past few years, including protecting customers and employees from COVID-19, material shortages affecting vendors, and labor issues, particularly as minimum wages have risen in various parts of the New York metro area. During coronavirus-related restrictions, however, Kreitner says many consumers turned to trusted, local retailers, and under those conditions, business carried on at Seasons.

The consumer shift to more organic purchasing is another factor that Seasons has considered, and the company is looking to expand the space available for organic products.

Still, Kreitner says, Seasons will approach new challenges by applying old standards: It isn’t looking to be the least expensive grocer or to drive the most volume, rather Seasons will focus on consistency and superior quality. 