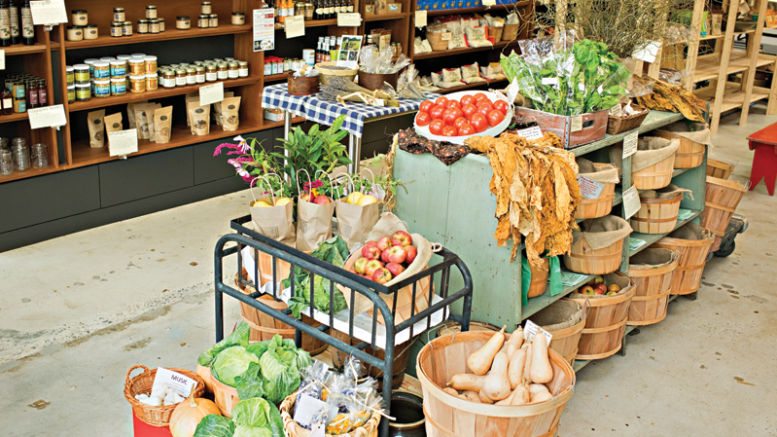 Sustainable and farm fresh, this retailer is a return to the neighborhood grocery store in Raleigh.

You could say Standard Foods is hyperlocal. The combination grocery and restaurant, located in downtown Raleigh, NC, has a clear, sharp focus when sourcing local ingredients for everything it sells. From the Butternut squash soup served in its 80-seat dining room to the in-season produce, herbs and wildflowers sold in its fresh market, the store’s sourcing philosophy can be summed up in one word: obsessive. Seafood comes from the state’s Atlantic Coast; the in-house butchery features pastured meat from local farms; milk and cheese come from local dairies; and milled corn and wheat are sourced from the area as well. Even its 14-seat bar features beer from North Carolina brewers. The Standard Foods’ business model puts the emphasis on local, sustainable and seasonal commodities. 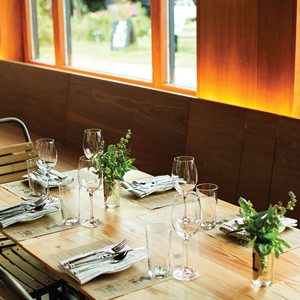 The concept is a joint venture between local developer John Holmes and Scott Crawford, a three-time James Beard Foundation semi-finalist for Best Chef: Southeast. The restaurant/grocery hybrid is a combined 6,000 square feet, with 1,200 square feet serving as a market, and roughly 500 square feet of that space is dedicated to produce. The restaurant opened first in early October of 2015 with the grocery opening a month later, both with the mission of reintroducing consumers to local food and getting them back in touch with local growers. It is a part of a large development plan undertaken by Holmes in downtown Raleigh, which also provides a home to the community-supported Raleigh City Farm, as well as the Yellow Dog Bakery.

Sustainability is important to an increasing number of consumers. It has become a way of life and a business model for places like Standard Foods, which champions North Carolina’s rich agrarian history and the diverse variety of commodities it produces. With the growth and popularity of farmers markets and farm-to-table dining, the trend toward fresh, locally sourced food (including organics) has grown into a national movement. 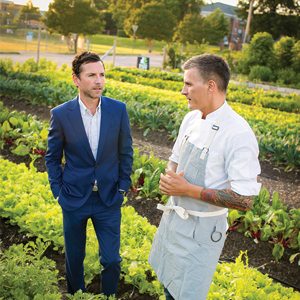 There is both a desire and a real need to take advantage of local resources, and Standard Foods seeks to meet this demand. “We are seeking out the small farmer who has excellent product, but one who doesn’t have a market,” says Deborah Underwood Brown, the store’s farm liaison. “Maybe they live too remotely or they don’t have transport. We’re helping develop hubs where several farmers partner and drive in food, or we pick it up.”

As a move toward this goal, Brown developed relationships with growers in the area. She is out there every day connecting with the region’s many small farmers. She’s a farmer herself. As the owner of High Ground Farm, located southwest of Raleigh in Harnett County, Brown sells her farm’s berries, eggs and wildflowers at the store and has a great appreciation for the growing spirit of cooperation among growers and retailers.

“It all developed out of the ideals that John (Holmes) has for the store,” says Brown. “Everything revolves around the very small farmer and the very small artisan. By keeping them central, we are supporting the small farmer. We’re making their business sustainable.” Sustainability benefits the growers directly, but it goes beyond that. Brown points out: “Hopefully, we help their community, and by doing that we connect them to our community. That’s what people are looking for today.”

Standard Foods embraces the change of consumers’ requirements for produce. The change in the way people shop for fresh produce; change in the way people feel about their food; and change in the very shopping habits that bring them to produce markets. Not every commodity will be available every day, and that also means change in inventory on a consistent basis. “There’s a lot of moving parts because of what we offer the community,” says Brown. “There’s lots of variety and interest because it’s always changing.” 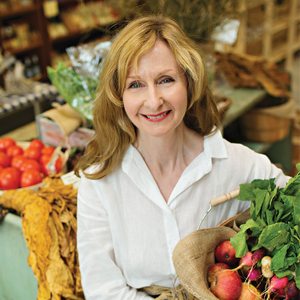 Today, consumers in the U.S. are accustomed to having year-round access to produce that was once scarce or unobtainable for much of the year. Now that commodities can be trucked from the Southeast to the Northeast in less than 24 hours, seasonality has lost its meaning for produce buyers. Standard Foods is part of a movement that is returning to more seasonal eating habits. The only question: is Raleigh ready for it?

According to Brown, not only are Raleighites ready for it, they celebrate the return of the neighborhood grocery store. “They’re hungry for local,” says Brown. “They want to know where it came from; they want to know how it was grown, and I can tell them.”

Brown gained her knowledge of local crops and farming techniques, along with her relationship with growers, by being up close and personal. “I’ve been to the farm,” she says, “I’ve talked to the farmers. I’ve walked the fields. This is my background. I grew up this way. To me, it’s like breathing.”

That personal investment in the agriculture of the region, combined with the local flavor of a friendly, neighborhood market can be found throughout Standard Foods, from the butchery to the prepared foods case stocked with an ever-changing selection of items made in the kitchen. Customers can get fresh juice from a vending machine operated by local juice company, Raleigh Raw, which restocks the machine every two days with 100 percent, raw, organic, cold pressed juice. Shoppers can purchase heirloom apple varieties (native to the state) from Reidsville, NC-based Century Farm Orchard’s or buy produce fresh from certified organic farms in the area, such as the 125-acre Pine Knot Farms, located roughly 50 miles northwest of Raleigh, in Hurdle Mills, NC. As many as 50 other small family farms around the state are sourced for their seasonal offerings of potatoes, squash, eggplants, strawberries, apples and collard greens.

Produce items vary from season to season, even week to week, so signage is important in educating consumers about new arrivals. “We have every item labeled with the farm that it came from, where it’s located, and the [farm’s growing] practices,” says Brown. “Many of the farms we are choosing are certified organic, some are practicing sustainable farming, and every item is labeled as such.” 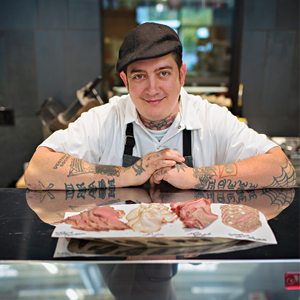 The store utilizes the talents of a local artist to create handmade signage. “We have a wonderful sign maker. We’re going to insure her hands,” jokes Brown. Due to the quickly changing inventory of produce items, the store also relies on employees to create signage. This practice gets them involved in the process. “This is a local, community grocery, and we want it to reflect our team members, so everybody makes signs.”

Winter squash and tomatoes fill wood bins; apples overflow wooden baskets lined with burlap; wicker baskets are piled high with bulbs of garlic, and crates topped with cabbages are stacked directly onto the floor. Produce is displayed in a rustic setting that harkens back to a time few of us remember, yet it still creates a connection to the past for shoppers. This is the way it was in the neighborhood grocery, and Standard Foods wants to rekindle that connection and make it the reincarnated standard. “By holding that standard close, we offer a different product,” says Brown.

A good local grocery store does more than support the surrounding community — it anchors it. According to Brown, this personal community aspect is something many consumers think has been missing for decades in retail. For others, those of a new generation, the concept is new to them, and they want to be a part of the experience. “Everybody who comes into our store is so excited,” says Brown. While she spends much of her time meeting new farmers and visiting new fields, she tries to be in the store every day.

Educating customers on a one-to-one basis is a great tool for connecting with the community and Brown enjoys doing it. “It’s easy for me,” she says, “I’ve been in this arena a long time. I can tell them all about the product.” In the future she hopes to have set hours where she can be available to answer customers’ questions about locally sourced food. “Raleigh is hungry for this, and the testament is how busy we are.”