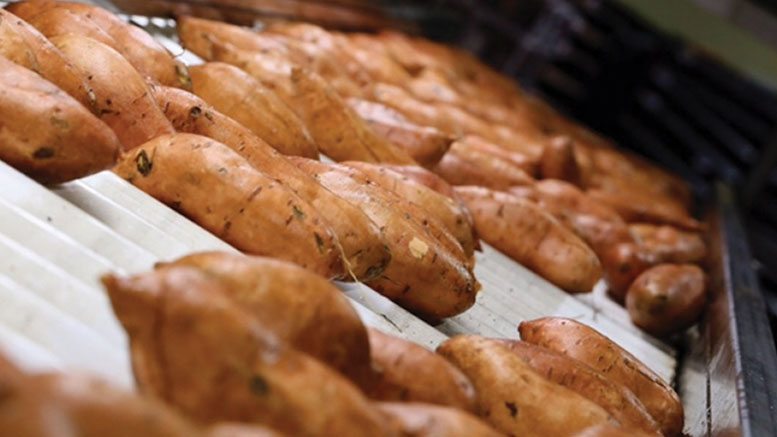 Here is a sampling of news and products making waves in the category. 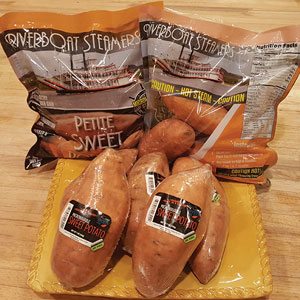 Ever since 1992 when the Center for Science in the Public Interest, a pro-nutrition advocacy group headquartered in Washington, D.C., named sweet potatoes as the most nutritious vegetable, demand and sales of this tasty tuber increased. For example, per capita U.S. consumption jumped nearly 80 percent between 2000 to 2010, from 4.2 pounds to 7.5 pounds, according to the USDA’s Economic Research Service’s May 1, 2015-released Commodity Highlight: Sweet Potatoes. In addition, sweet potato dollars have grown 12.5 percent over the past five years and now represent 0.9 percent of total produce sales, based on data supplied by the Chicago-headquartered Nielsen Perishables Group for the 52-weeks ending May 28, 2016.

Here is a sampling of news and products that are making waves in the sweet potato category from a dozen growers, shippers and marketers across the country and in Canada.

“Our sweet potato business last July was twice what our entire year of sales was back in 1975, and that includes the peak fall Thanksgiving and Christmas holidays back then,” says George Wooten, owner and chief executive of Wayne E. Bailey Produce Company, in Chadbourn, NC.

To feed the current year-round need for sweets by retailers and consumers alike, Wooten will add a new 145,000-square-foot of refrigerated space this fall. This added capacity will help the company to carry more inventory over a longer time frame of the year.

Southern Produce Distributors Inc., in Faison, NC, continues to increase acreage by 5 to 8 percent annually, according to vice president, Kelley Precythe. “We are adding a new 80,000-square-foot curing and storing facility that will be in operation this fall. As a large grower-shipper, it’s important to not run out. We export about 25 percent of our crop and see increased demand in countries like the U.K., Ireland, Finland and the Ukraine that aren’t traditional consumers. It’s all being driven by news of health benefits in sweet potatoes.”

Across the country in California, a place in the nation not as synonymous with sweet potatoes as is the Southeast, facilities expansion is also underway at the Dallas Distributing Co., in Livingston, CA. The company grows most of what it packs on its 400 acres.

“We ran 24/7 last year in the month leading up to Thanksgiving,” says managing partner, Bob Dallas. “This year, we’re adding a second packing line. We also have new drive through pallet racking. The five lines, each 10-pallet deep racks with 40-pound boxes, hold 1,100 boxes each or enough for a truckload per line. This comes on this fall too.”

Purple and white sweet potato varieties are a huge hit with consumers as they have a fun and different look, a slightly different flavor profile and look beautiful on the plate, says Laura Hearn, marketing and business development director for Nash Produce, in Nashville, NC, which packs these spuds as PLU loose, in mesh bags, in handle form and fill bags or in tray packs.

“The purple ‘Murasaki’ sweet potatoes have a purple skin and white flesh,” says Hearn. “They are considered to have a nuttier taste. The white ‘Bonita’ sweet potatoes have a lighter, pale orange skin and white flesh and are considered to have a texture more like a Russet potato and some say they taste even sweeter than a regular orange sweet potato. Nash Produce has increased its acreage for these different varietals for the 2016 crop, and we look forward to seeing them in more retail spaces.”

Purple is also the color of one of the popular varieties of sweet potatoes sold by Frieda’s Inc., a specialty produce supplier based in Los Alamitos, CA.

“Our Stokes Purple Sweet Potato season starts in mid-August,” says Karen Caplan, president and chief executive. “The big appeal is from fit health-conscious shoppers — especially long-distance runners who like the potato’s firm, rather than soft mushy texture, and its earthy taste. We ship in 15- and 40-pound cartons and 12 3-pound bags and sell organic and conventional. This fall, we’ll have a brand new look to our packaging for this product. Retailers ideally should display these with the rest of the potatoes rather than in the specialty produce section or group them with other items fall like eggplant and Brussel sprouts for a power of purple promotion.”

One of the latest sweet potato products from Wayne E. Bailey is actually an item that has been in development for a long time.

“We’ve always had small-sized potatoes, but there wasn’t a market or desire for them until now,” says Wooten of Wayne E. Bailey. “Our trademarked Sweet Potato Petitelings are very small (1.5-inch in diameter with a maximum length of 4.5 inches). We package them in a plastic bag with a handle in either 1.5- or 2-pound bags for retail. It’s paying off, because consumer appeal is that they’re a novelty, cook faster than the big potatoes and there’s no need to peel them.” 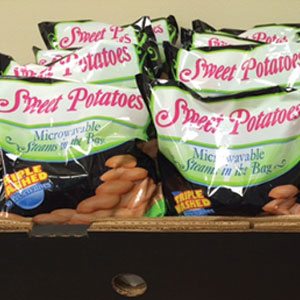 Making it easier for consumers to put spuds on the dinner table fast is at the center of much of the new product development in the sweet potato category. Many of these latest items make use of novel packaging.

“The newest packaging that we are seeing are different sizes of bagged sweet potatoes; single and bagged microwaveable/steamable sweet potatoes; and cooking kits that include seasonings, so consumers can just mix everything together and their sweet potato dish is complete,” says Kaylyn Bender, marketing manager for Market Fresh Produce, LLC, in Nixa, MO. “We found that the ease of prepping the product is well worth the additional cost. With this fast-paced world, families and individuals are looking for ease in food preparation.”

Convenience products will grow and drive greater household penetration and increased consumption of sweet potatoes, according to Don Ladhoff, director of fresh sales and marketing for Black Gold Farms, in Grand Forks, ND. “Sales of our Steamin’ Sweets microwaveable bag are doubling every six months since its introduction in December.”

Two new convenience-oriented products now on the market are from the Maglio Companies, in Glendale, WI.

“One is Riverboat Steamers, which are petite sweet potatoes, washed, cleaned and packaged in a special bag that enables consumers to steam cook in the package using their microwave for 8 minutes,” says Sam Maglio, Jr., president. “The second is individually wrapped 7-ouncez minimum weight microwavable sweet potatoes ready to cook for 8 minutes in the microwave.”

Alsum Farms & Produce, in Friesland, WI, markets a wide variety of value-added sweet potato offerings for the retail market, according to Christine Lindner, in sales. These include a 6-ounce Microwave Sweet Singles, a sweet potato that is washed and ready to microwave, which was debuted in 2010. In 2014, the company introduced a three-pack Sweet Potato Griller, with individually-wrapped, ready-to-grill sweet potatoes, and a four-pack Ready-to-Microwave or Bake Sweet Potatoes, that are pre-washed.

Wada Farms pioneered a number of value-added sweet potato options such as the single-serve Easy Baker Microwaveable Sweet Potato and a 1.5-pound steamer bag of Mini Sweets, according to Eric Beck, director of marketing for the Wada Farms Marketing Group, LLC, in Idaho Falls, ID. “Along with value-added products, there has been a steady demand for organic sweet potatoes. While the nutritional properties between conventional and organically grown vegetables remains debatable, the organic market continues to expand in every produce department across the country. Wada focused its organic growth in mostly orange-fleshed varieties, but we see potential in other varietal segments down the road.

Organic sweet potatoes accounted for 8.1 percent of total sweet potato sales at retail, according to Nielsen Perishables Group data for the 52-weeks ending May 28, 2016.

Value-added means a little something different for Bob and Juli Proracki, owners of the Round Plains Plantation & Ontario Sweet Potatoes, in Waterford, ON. The couple grows varieties such as orange Covington, Beauregard, Hernandez, Evangeline and Puerto Rican, as well as white-fleshed Japanese, O’Henry and purple.

What consumers want is what’s driving the marketing direction of The Sweet Potato Company, in Savannah, GA.

“Although the category is still growing, many wholesalers, retailers and foodservice companies already have their established sweet potato supplier,” says Ted Copeland, president and owner. “We don’t operate under the business concept ‘if we build it they will come.’ Instead, our initiatives are all customer-driven.

“This year, our customers asked us to do a couple things,” says Copeland. “One is to make our name less confusing. Since our sweet potatoes actually come from the Bruce Sweet Potato Co., we are changing our name to Bruce Farms, LLC. We chose this because customers asked what we could offer them with the same reliability. What is next? Don’t ask us, ask our customers!”