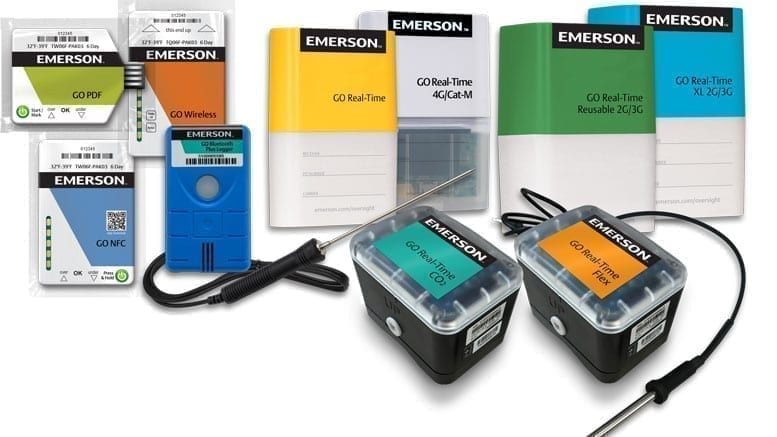 Interest is heating up for real-time temperature tracking.

While cost concerns may be holding back the widespread adoption of live temperature tracking systems for fresh produce, priorities around traceability could tip the scales in its favor in the long-run. But in a tight margin industry, who will foot the bill?

The use of temperature monitoring devices is “virtually universal” in the fresh produce industry, says Roger Niebolt, sales manager of Cargo Data Corporation in Ventura, CA.

But for the most part the technology used is passive, meaning it records temperatures but doesn’t offer the kind of sophisticated real-time data-driven benefits made available by some products on the market.

The company offers both passive and real-time options, but the sales manager emphasizes neither is generally used for a shipment that takes less than four hours of transit time. He notes real-time instruments are usually applied to the most valuable and sensitive shipments where quality is the main issue.

“For fresh produce, the focus is not so much food safety,” he says. “The industry long ago figured out food safety in transportation, and current requirements go way beyond just being safe; they also need to ensure quality.”

Mark Petersen, vice president of transportation at C.H. Robinson in Eden Prairie, MN, has a similar point of view.

“Most produce is temperature-controlled for quality, not for safety,” says Petersen.

He says under the Food Safety Modernization Act (FSMA), it is not required in many cases to track temperature to be in compliance with Sanitary Transportation of Food (STF) rules. Most produce is actually subject to the rule under open container, not temperature.

“There has rarely, if ever, been an incident related to the safety of the product when the transportation provider on the refrigerated side was the root cause of the incident,” he says. “So, therefore, there just hasn’t been a huge drive or need for that investment to be advanced, specifically to be in compliance with STF.”

He adds there are some new technologies in development that go beyond just temperature as well, including accelerometers and impact recordings that can harness data to provide guidance to the supply chain so devices are not used “necessarily to point blame.”

Niebolt says Cargo Data saw a great sense of urgency relating to FSMA compliance after it was passed into law in 2011, but that urgency declined after the 2016 general election when the new administration promoted broad regulatory relief.

“Specifically, we observed how wholesale food distributors, and others, who were once planning to install real-time temperature monitoring systems in the local delivery fleet vehicles in 2014-16, then postponed those plans indefinitely after the election,” Niebolt says.

Nonetheless, he still sees broader adoption of real-time monitoring technologies as both “important and imminent.”

“Such systems can provide alerts when shipments breach ideal temperature ranges in-transit or in storage and provide operators an opportunity to remedy cold-chain failure before product quality and/or safety is compromised,” he explains. “In today’s competitive operational realm, it would be downright foolish to under-utilize temperature monitoring technologies and all the advantages they bring.”

Sensitech, a supply chain solutions company based in Beverly, MA, provides traditional and radio frequency-based wireless solutions that are still heavily used in the industry. But the fastest growing product segment is its TempTale GEO brand of real-time temperature monitors that can be used across a wide range of communications networks and environments.

“While devices are an important part of the solution, value to the customer is ultimately generated as the data is continuously transmitted to Sensitech’s cloud-based SensiWatch,” says Marc Beasley, the company’s vice president of strategic marketing and business development for the food industry. “The software turns the raw data from the TempTale GEO into real-time visibility and actionable intelligence for our customers, accessed through our website, dashboards or critical notifications pushed to your inbox or mobile device.

“The use of real-time monitoring to protect perishable cargo is being increasingly adopted across the spectrum of our fresh produce customers, driven not only by growers but also restaurant chains, retailers and foodservice distributors.”

NYSE-listed Emerson Cargo Solutions of St Louis is another major player in the temperature tracking space, and its offering was bolstered in 2016 after acquiring Locus Traxx for an undisclosed sum.

Like its competitors, Emerson offers the whole gamut of solutions from simple GO loggers for those who don’t require real-time data, through to its GO Real-Time Flex Tracker, which has the ability to sense ambient temperatures and probed temperatures as well as humidity and light.

“GO Real-Time Trackers and GO Loggers are designed to benefit all stakeholders in the perishable cold chain — from suppliers to carriers to retailers,” says Amy Childress, Emerson’s vice president of marketing & planning. “Combined with our Oversight tracking and monitoring portal, these devices give stakeholders easy access to in-transit shipment data which helps foster cold chain collaboration and ultimately helps ensure consumers have access to high quality products.”
A Cost-Benefit Equation

Fred Plotsky, president of Cool Runnings in Kenosha, WI, says the biggest setback for the adoption of real-time products is the cost to the customer.

“When you do thousands of loads it gets pretty expensive, but it’s a fantastic product when you work with it,” he says. “When companies are talking about pennies and you’re throwing around dollars, I’m sure it’s significant.”

On this note, Beasley explains real-time devices all share something in common, which is they are equipped with additional components for long-range wireless transmission, and they use more battery power to push signals over long distances.

“They incur a cost of data transmission over shared mobile phone networks,” says Beasley. “Those factors will continue to put traditional devices in their own price category.”

If retailers or receivers were to demand live temperature-tracking devices on loads — and Plotsky explains there are certainly some that do — there is the added challenge of getting them to all pick-up points.

“If they have a one pick-up load at some odd place in Washington on apples, they need to make sure that place has the device, because the truck can’t go drive around looking for these devices,” he says. “But it is the most reliable way to track the load and has the added benefit of being able to monitor the temperature which then gives you the opportunity to control claims.

“The only thing that is better than this is a trailer where the reefer unit has output, and you can go online and follow the reefer unit. But the problem is that’s expensive equipment and for the amount of carriers and so many owner operators, it’s such a small percentage of the marketplace that has it.”

“The big problem has been companies like MacroPoint and FourKites have done a great job of selling retailers on their tracking system for dry freight and thinking that you can put this on refrigerated freight, and it’s inexpensive,” says Lund. “There are two big problems with that: one is it doesn’t work for produce, it works for dry freight, and two, those devices track drivers or tractors, and neither one of those track the load.

“They may change tractor or trailers and forget to change that, and also now you’re tracking how the driver is performing. That is 100% not what the receivers or shippers want.”

Lund has observed more people are talking about real-time tracking than ever before, with around 30-35% of the shipments now using the more advanced technology compared to 20-25% a year ago.

“With one of our customers, a big East Coast retailer, we tried these devices on 400 loads a month and did that for a while,” he says. “They went from three significant claims a month down to one a quarter.

“That might not seem like that much, but that’s tens of thousands of dollars’ worth of product, and it’s hours and hours of working out claims, as well as product that’s not on the shelves.”

Plotsky of Cool Runnings has experienced firsthand the other side of the coin.

“We had an example where we had a claim, and we could have seen in-transit when the reefer broke down; we could have, but we didn’t, and the claim was $25,000,” he says. “The customer had to go recover the product on the produce markets back here, and sometimes you can’t always get the same product that you need.

Childress of Emerson Cargo Solutions says it’s difficult to speculate on the adoption of real-time tracking and logging technologies in the perishable supply chain, but it’s safe to say many leading suppliers and retailers have embraced the technology.

She says being notified in real-time that an in-transit shipment has fallen outside the temperature range allows for issues to be promptly resolved or even for rerouting a shipment to preserve the cargo if needed.

“Retailers and growers can also track their shipments to ensure carriers follow proper routes and monitor delivery timelines,” she says. “For retailers, these devices help them to validate produce quality on receipt and monitor that all their suppliers meet the freshness standards their customers demand.

“For a produce supplier, real-time trackers provide an affordable insurance policy for their perishable shipments, allowing them to monitor food quality when it is no longer in their direct control — from the point of origin to its destination,” she adds. “In addition, most major retailers are mandating their suppliers use either real-time trackers or logging devices to help them ensure the quality of their entire perishable supply chain.”

Her views are echoed by Beasley of Sensitech, who says growers are able to show their product has been held in the proper conditions all the way to the receiver, thus speeding up the process to get fresh produce in the hands of the end consumer.

“Logistics companies benefit from having a standardized solution to get visibility from their transportation network, regardless of the mix of their fleet,” he says. “Receivers benefit from using real-time data to drive greater efficiency in their supply chains.

“Sensitech’s customers who have adopted real-time solutions have calculated cost savings from eliminating the need to recover and download devices manually. They have experienced even greater cost savings by having real-time location and condition data to optimize logistics, more quickly answer questions about the status of a shipment, and if needed, have the ability to intervene and prevent product damage.”