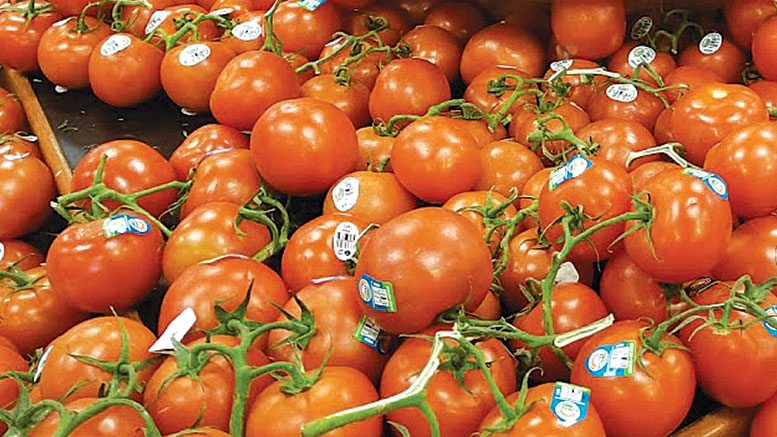 A generation ago, many stores did not carry tomatoes on the vine, which bring the visual promise of freshness, or hothouse grown, which offer a consistency that comes from control over the environment.

Today, these two types are market staples, and they have been joined by other entirely new varieties specifically suited for snacking.

Hothouse tomato production grew so quickly in a short period of time that there can even be oversupply issues.

“At this point in time given our method of farming, which is high-tech hydroponic glass greenhouse controlled environment, our value proposition with our retail partners is dependent on having consistent quality and practically year-round availability,” says Village Farms’ Helen Aquino. “Supply is actually a huge issue in our market since there are so many greenhouse producers to date who are oversupplying and driving down price.”

The rapid emergence of new varieties suited for specific uses or promising superior flavor has taken the mature tomato category to new heights.

“Over the past few decades, per capita use of tomatoes has been on the rise as a result of the enduring popularity of salads, salad bars and bacon-lettuce-tomato and submarine sandwiches,” according to a USDA October 2016 report on tomatoes. “Perhaps of greater importance has been the introduction of improved tomato varieties, heightened consumer interest in a wider range of tomatoes, a surge of new immigrants who eat vegetable-intensive diets and expanding national emphasis on health and nutrition.”

It is worth keeping an eye out for the next new thing that will become an important part of the category. One area to watch is breeding that makes heirloom tomatoes more economical by adding resistance to the crop diseases that can make growing them an adventure.

In conjunction with its wholesale produce operation, Philadelphia-based Procacci Bros. also has a seed company with an extensive research component devoted these days to the development of heirlooms with the yields and consistency of more modern varieties.

Although the company works to breed disease-resistant heirloom tomato varieties, it is also using grafting which, much like almost all tree fruit product, combines a disease- or drought-resistant variety in the ground with a different variety above ground that produces the desired fruit.

“In the meantime there are things you can do, like grafting,” says Struble. “We own a seed company, BHC. We also have a grafting operation in Mexico.”

Both grafting and breeding hold the possibility of developing tomatoes with new, or newly rediscovered, flavor that can be grown at or near the price of modern, conventional varieties.

The next new thing may catch fire after beginning in a few stalls at farmers’ markets, or it may come from university or seed company research fields.

“We have mixed heirlooms in Mexico that we’re about to harvest,” says Struble. “We are also looking at new varieties to be introduced to give different color types — a diversity of tomatoes. Within a year or two, we should have heirlooms that are green, red, and yellow. They are a really pretty item, and they catch the customers’ eyes.”