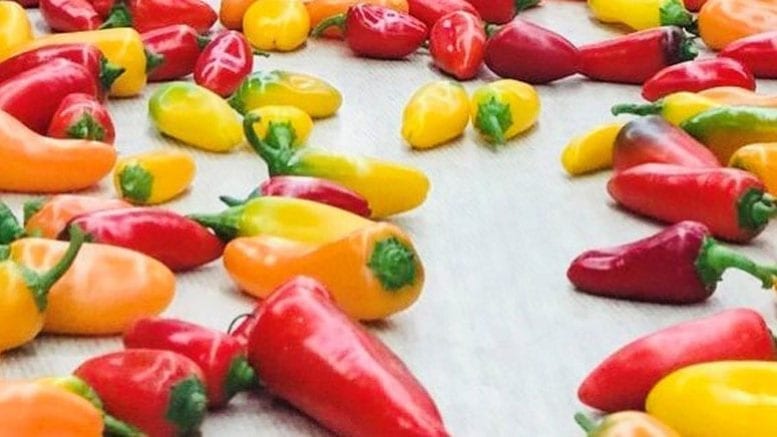 60% of produce passes through Nogales, on its way to markets nationwide.

Mexico serves as a Garden of Eden when growing regions to the north are blanketed by ice and snow. This is truer today than ever. Case in point, between 2000 and 2018, Mexico’s agricultural exports to its northern neighbor increased by a whopping 405%, according to the 2019-published article, Mexico’s Agricultural Sector: Production Potential and Implications for Trade, in the Agricultural & Applied Economics Association’s (AAEA) publication, Choices.

Said another way, half of all vegetables and nearly half (40%) of fruit imported to the United States each year are grown in Mexico, based on USDA Economic Research Service data. What’s more, some 60% of all winter produce shipped to the United States from Mexico passes through the Mariposa Port in Nogales, AZ, per statistics shared by the Fresh Produce Association of the Americas (FPAA), a nonprofit trade association headquartered in Nogales.

Taken together, these facts underscore not only Mexico’s key role as a produce supplier, but also the importance of the country’s western states, such as Sonora and Sinaloa, in satisfying American’s demand for a steady supply of reasonably priced fresh produce.

“West Mexico is ideally located to grow winter produce,” says Gil Munguia, division manager for Giumarra Nogales, based in Nogales. “The weather is ideal with mild winter temperatures, and there is not a hurricane season. Other benefits of the West Mexico region include an adequate workforce, proximity to U.S. markets (ensuring rapid delivery), and a long-established infrastructure to support trade between the United States and Mexico. This ensures consistent supplies of high-quality fresh produce.”

From the U.S. retail perspective, Jeff Fairchild, produce director at New Seasons Markets, a 21-store chain headquartered in Portland, OR, says, “We get a lot of our tomatoes, peppers and cucumbers from Mexico during the winter.”

Here’s the latest update on agriculture in Western Mexico and what it means to U.S. retailers.

PROTECTED AGRICULTURE. One of the biggest drivers of both quality and quantity of fruit and vegetable production in Mexico is the use of protected agriculture. In 2018, approximately 126,000 acres of land in nearly every state in Mexico represented either greenhouse, shade house or high tunnel production, according to the Culiacan, Sinaloa-based Mexican Association of Protected Horticulture (AMHPAC). More than three-fourths (78%) of vegetables grown in protected agriculture environments are exported to the United States.

“The move toward protected agriculture has been a game-changer for Mexican agriculture. It offers advantages in quality, production and food safety more than open field production,” says Giumarra’s Munguia.

Quality translates into better appearance and shelf life, according to Miguel Suarez, president of MAS Melons & Grapes, LLC, in Nogales. “This is especially true if we have bad weather. These structures don’t necessarily stop problems with rain and cold, which we can get on the West Coast in the winter but can help with mitigation. Plus, there’s usually not as much of a delay, and we can respond faster after the weather event more than with open-field production.”

As for production, “the use of shade and greenhouse technology enables a significant increase in volume without necessarily more land,” notes Scott Vandervoet, in sales and marketing for Vandervoet & Associates Inc., in Rio Rico, AZ, and the FPAA’s chairman of the board.

The trend toward protected agriculture is expected to continue, according to AMHPAC.

GREATER VOLUME. There is a wider volume and variety of items being grown in protected structures, including ‘core’ items for West Mexico, such as tomatoes, peppers, cucumbers, squash and eggplant.

The company is also increasing its mango production with additional round varieties such as Kent, Keitt, Haden and Tommy Atkins, in Mexico’s southwest regions of Oaxaca, Chiapas, Michoacán, Nayarit and Los Mochis.

MORE VARIETY. Mini sweet peppers are what Nogales-based Wilson Produce is known for, says James Martin, director of sustainability. “We also have substantial programs in slicer cucumbers, summer squash, Roma tomatoes and green beans. Our green bean, cucumber and summer squash programs are more recent additions, though, as a fourth-generation family-owned company, they are not unfamiliar to us.”

“This will be our first year of commercial volumes of Cotton Candy grapes and Jellyberries,” says Michael DuPuis, quality assurance and public relations coordinator, who notes the company will have 10 to 15 varieties of red, black and green grape varieties grown both conventionally and organically starting in April.

On the vegetable side, Divine Flavor’s Dupuis says, “We have a steady line of new varieties, such as our Tribelli mini sweet peppers and Colorido heirloom cherry and Magnifico grape tomatoes.”

Malena Produce is also expanding its line of specialty tomatoes, according to Jim Cathey, director of sales and marketing of the Rio Rico, AZ-based company. “We expect to have an addition to our product line early next winter.”

LONGER WINDOWS. High flavor, high quality and greater availability over longer periods of the year are what retailers want, says DuPuis. To accommodate this, “We have planted new grape acreage in Jalisco to bridge the gap between Chile and Sonora.”

Some grape growers in Mexico are making efforts to force some of their production early, while late growers will hold tight, according to John Pandol, director of special projects for Delano, CA-based Pandol Brothers Inc., which imports grapes from Mexico from mid-April to mid-June. “Last season was way too concentrated, and we will attempt to spread it out more. We will receive fresh grapes for 9 to 10 weeks and can ship fresh grapes until later in the season, unlike many of our competitors who ship stored grapes at the end.”

NEW CATEGORIES. To offer one-stop shopping, many grower/shippers are expanding their offerings into categories not previously carried.

“Progressive growers are experimenting with cultivating crops in new locations and altitudes, and it’s been successful. For example, no one expected blueberries in Sonora and Sinaloa. Also, in the past 8 to 10 years, we’re seeing greater production especially in Sonora, since it’s close to the border of items traditionally grown in the Central Valley of California like lettuces, asparagus and Brussels sprouts,” says Lance Jungmeyer, president of the FPAA.

This year, says Jose Luis Obregon, president of IPR Fresh, in Nogales, “We have added sweet corn and chili peppers to our mix of bell peppers, cucumbers and squash.”

ORGANIC. As well as protected agriculture, organic production has grown significantly in Mexico over the past 20 years, much of this in Western Mexico dedicated to tomato, cucumber and pepper production, according to the AAEA-published article.

“This year, we plan to introduce organic mini peppers on a small scale, as a new item in the product lineup,” says Eric Meyer, sales manager for the Nogales office of Prime Time International, based in Coachella, CA. “New organic packaging will debut in the spring when the winter plantings are harvested.”

The climate is tropical in the Colima and Michoacán areas of Western Mexico, which lends itself to organic banana production.

“We continue to expand our production of organic bananas as well as grow organic coconuts and organic plantains as secondary crops,” says Mayra Velasquez de Leon, co-founder and president of Organics Unlimited, in San Diego.

PORT PLUSES. Nogales is a fantastic port of entry, and the natural terminus for most product being grown in western Mexico, according to Matt Mandell, vice president of finance and legal for Rio Rico, AZ-based SunFed. “There is easy access to the entire western half of the United States and established infrastructure both in physical infrastructure at the Mariposa port of entry and the know-how of the governmental agencies at the border to ensure a smooth crossing.”

One essential project currently in progress is the addition of refrigerated cold rooms for mandatory inspections at the port, says Mandell. “In this regard, Nogales is behind the curve, but this would allow more temperature-sensitive products to come through our port and open up western U.S. destinations via Nogales, potentially cutting days off the current logistics via south Texas.”

Giumarra has recently expanded its facility in Nogales to accommodate the increased volume out of Western Mexico, says Gary Caloroso, regional business development manager for the Los Angeles-based Giumarra Companies. “As a result of us having our own logistics and trucking company housed at our facility, we can effectively manage the peak times of the year for crossings at the Nogales border.”

On the horizon, officials at Nogales Mariposa port of entry are experimenting with non-intrusive inspection technology that could improve crossing times, a definite plus for products such as fresh fruits and vegetables, says the FPAA’s Jungmeyer. “This includes x-ray scans, where the driver can remain in the truck, but any structural changes to the truck are picked up via the scan. This could cut down on drug smuggling as well as speed the flow of produce across the border.”