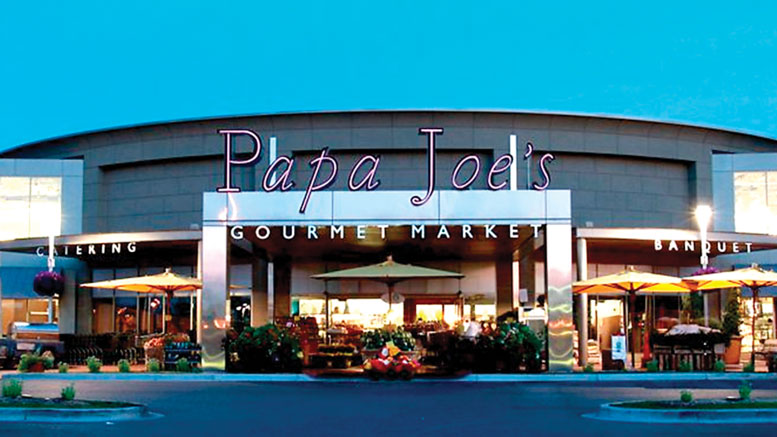 Originally printed in the November 2021 issue of Produce Business.

“Anything fresher is still growing.” That’s the motto at Papa Joe’s Gourmet Market. And it’s the daily promise of Enzo Nigliazzo, produce buyer for the independent grocery chain located in the metropolitan Detroit, MI, area.

Beginning at midnight, six days a week — sometimes seven — Nigliazzo inspects the produce at the Detroit Produce Terminal on West Fort Street. Having the distributors under one roof makes it easier to get the best product at competitive prices.

“I get the best price for the customer,” says Nigliazzo, who beats the other produce buyers to the terminal just as the produce is being unloaded from the trucks. “That means our customers get good quality and a good price. It’s a hard job to maintain a high-quality store. The public has no idea what we go through to bring the produce to them. We get there first, so we always get the best.”

Nigliazzo negotiates with the salesmen, making sure he buys only the freshest fruits and vegetables. With these standards, Nigliazzo feels confident that even if a Papa Joe’s customer was blindfolded, he or she could rest assured that any produce they choose would be the best.

“Produce plays an integral part of our entire operation,” says Anthony Curtis, owner of Papa Joe’s, “from the fresh blueberries in our fresh baked muffins, to our strawberry delight tortes made by our pastry chefs.” Curtis says Nigliazzo’s produce choices also impact the stores’ hundreds of recipes for prepared foods and to-go items.

That’s why Nigliazzo works more than 60 hours a week between the Eastern Market, the produce terminal and Papa Joe’s six locations. After 30 years on the job, Nigliazzo says it pays to be picky. “Just because one pallet looks fresh, it doesn’t mean that the next one will be the same. We won’t blindly choose something without inspecting it. If it’s not good enough for me, it’s not good enough for Papa Joe’s.”

“We have a very discerning clientele that expect only the freshest,” says Curtis. “The exceptional produce sourced is not only sold within our produce departments, it is also used throughout our entire operation — from the 1,000-plus salads made fresh daily to our fresh homemade soups. These produce items are used throughout our commissary, bakeries, prepared food counters and bistros.”

Curtis remembers his father, Tony, visiting the same businesses that Nigliazzo still buys from today. Growing up in the 1970s, Curtis knew from an early age that he would follow in the footsteps of his father, who was the first generation to go into the produce business. Curtis says Tony began peddling produce out of a gas station he owned.

In the early 1970s, the elder Curtis opened Tony’s Produce in Warren, MI, which served the area until the early 1980s. In addition to the produce terminal, father and son also bought from wholesalers at Detroit’s landmark Eastern Market. “I was intrigued by the sights, smells and fast pace of the Eastern Market,” says Curtis. “I enjoyed dealing with all the local farmers who would bring their freshly grown produce to the stalls in the middle of the night for purchase.”

In 1987, Tony and his brother (Anthony’s uncle) opened Papa Joe’s in Birmingham, a northern suburb of Detroit. The store was named in honor of Tony’s late father and Anthony’s grandfather, “Papa Joe” Curtis. Anthony and his brother, Jeff, joined the business in the early 1990s. Their children, now teens and young adults, have all worked in some capacity at the stores.

The second Papa Joe’s opened in Rochester Hills, another northern suburb, in 1991. “At the time, it was the first of its kind to offer up chef-prepared meals from our culinary kitchens and to have a true European bakery with a pastry team direct from France,” says Curtis.

The family came up with the idea for the bistro about 10 years ago during a store expansion in the Birmingham store. “We found ourselves with unused second floor space,” says Curtis. “We had added mezzanine space that allowed for the perfect venue to allow diners to watch the guests shop below.”

Curtis worked with a team of chefs and bakers to create Bistro Joe’s menu, which is inspired by the fresh, sustainable ingredients at Papa Joe’s. The bistro opened in 2013, followed by a second restaurant in the Detroit Metropolitan Airport.

Papa Joe’s and Bistro Joe’s have created a perfect grocery-culinary relationship, says Robert Bucaro, general manager of Bistro Joe’s in Birmingham. The bistro’s atmosphere is casual, which would be expected considering its proximity to the market. The surprise is in the menu, which includes Ahi Tuna Tacushi, Chilean sea bass and prime steaks. Appetizers include Brussels sprouts in truffle oil and fresh grilled octopus.

A 40-year foodservice veteran, Bucaro has worked at Bistro Joe’s for eight months, and says he has never experienced the peace of mind that comes with having fresh meats and produce at his disposal.

“I used to have to plan and worry about whether a delivery would be on time, whether the product would be the right quality or whether I ordered too little or too much. Now I can hand-pick berries or spinach. If I run out of an item, I can run downstairs and grab it. Instead of going through 15 different distributors to find something, I can go down and pick it up.”

Another advantage is less food being wasted at both the restaurant and the store. Since the restaurant is not over-prepping, there is less produce going bad. “The waste aspect has dropped dramatically” from what Bucaro experienced at previous foodservice jobs.

Another convenience at Bistro Joe’s: Bucaro says if customers ascend to the second tier after paying for their groceries, he will hold their groceries in the walk-in cooler while they dine.

Papa Joe’s has always afforded the Curtis family access to the finest and freshest meats, seafood and produce. “It only made sense to offer our guests the same delicacies and wine that the family has always enjoyed,” says Curtis.