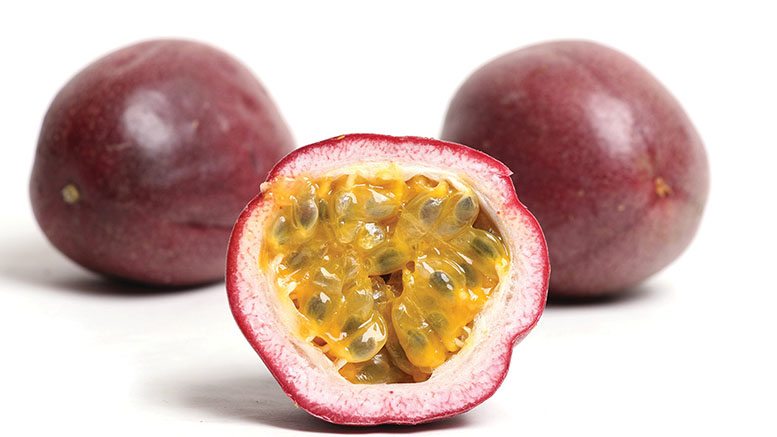 In 1962, Frieda Caplan introduced consumers to a strange bristly little fruit called the Chinese gooseberry, at that time a relatively unknown product in the United States. Now, a half-century later, kiwifruit from New Zealand has exceeded $50 million in exports to the United States.

The evolution of the kiwi is just one example of how fruit exports from both Australia and New Zealand, key counter-seasonal sources for the U.S. marketplace, have grown. “Years ago, the Australia/New Zealand fruit deal was just experimenting with this or that type of new apple, but now it’s integral,” says Richard Stiles, director of produce and floral for Redner’s Markets in Reading, PA, with 44 stores. “The constant new apple varieties are outstanding and are crucial to have in the department. And, you can’t call kiwi an exotic anymore. It’s a standard every department must have.”

The counter-seasonal nature of the deal allows for better offerings to consumers. “Instead of waiting for the North American season to start or eating out-of-season fruits that aren’t optimal in flavor, we are able to bring consumers the produce they love in full flavor since New Zealand and Australia are at peak season,” says Alex Jackson Berkley, assistant sales manager at Frieda’s Specialty Produce in Los Alamitos, CA, and granddaughter of Frieda Caplan. 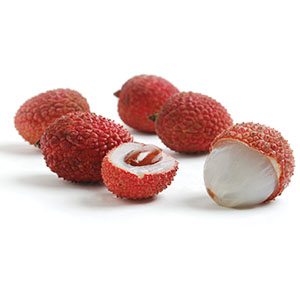 New Zealand and Australia have experienced an overall increase in exports of counter-seasonal fruit to the United States in recent years. Exports of fresh fruit from Australia to the United States reached $18.4 million in 2017, a 5 percent increase over 2016 according to Wayne Prowse, principal and senior analyst at Fresh Intelligence Consulting in Sydney.

“Five years ago, oranges accounted for 80 percent of the trade with the balance being Mandarins. Today, oranges have declined 50 percent since 2012, while Mandarins have increased more than 300 percent.”

Fresh Facts, published by Plant & Food Research (Auckland, NZ) and Horticulture New Zealand (Wellington, NZ), reports apple exports from New Zealand to the United States were $83.26 million in 2016 with kiwi posting $50.68 million. “The numbers alone tell the story,” says Mike Chapman, chief executive of Horticulture New Zealand. “New Zealand fruit exports continue to increase. The United States is a very interesting market for us, and we don’t have tariffs due to the counter-seasonal nature.”

Although Australia and New Zealand’s heavy hitters of citrus and tree fruit continue to hold the market, other products make headway as well. “From Australia, Mandarins increased 73 percent to $8.8 million, and fresh cherries increased 83 percent to $1.3 million,” says Prowse. “Fresh lychees increased 64 percent to $23,000, which was the second year of a three-year trial. Oranges, once the dominant product leader, declined marginally to $7.6 million. Five years ago, oranges accounted for 80 percent of the trade with the balance being Mandarins. Today, oranges have declined 50 percent since 2012, while Mandarins have increased more than 300 percent and exceeded the value of orange trade for the first time.”

Prowse explains Australian Mandarins and oranges come during July to October. “This is counter-seasonal to the United States but competes with other Southern Hemisphere suppliers, including Chile, South Africa and Peru,” he says. “Cherries are sourced from the Australian island state of Tasmania during December and January. Mangos are available November to February and sourced mainly from Australia’s sunshine state of Queensland. Lychees, a new product for the United States, are also sourced from Queensland from November to February.”

As volume and variety from this region grow, importers continue to expand their line. Giumarra Companies of Los Angeles markets kiwifruit, apricots, cherries, some citrus, and a full line of apples and pears from New Zealand. 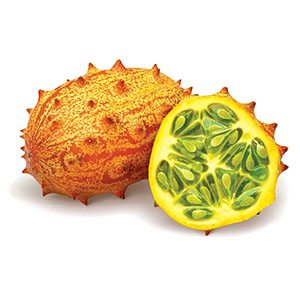 Main items for New Zealand’s Zespri include the SunGold and Green Kiwifruit. “The New Zealand kiwifruit season begins in May and runs through November,” says Sarah Deaton, marketing manager for Zespri North America in Newport Beach, CA. “However, Zespri has been reconfiguring its business structure to enable it to become a 12-month brand in North America. To meet strong consumer demand for the SunGold, Zespri is bringing in kiwifruit from Italy, where Zespri’s Italian SunGold-growers grow for taste and deliver on Zespri’s comprehensive system of quality standards.”

Robert Schueller, director of public relations for Melissa’s/World Variety Produce in Los Angeles, reports increases in sourcing from both Australia and New Zealand in various products. “In Australia we have seen a rise of 5 percent in our imports of mangos (from December through February) and lychees (February). From New Zealand we have seen a rise of 8 percent, including passion fruit (January to May), kiwano (January to April), feijoa (February to May), tamarillo (April to June) and baby kiwi or kiwiberries (February to March).”

Enzed Exotics exports kiwano grown from the Bay of Plenty, New Zealand. “Our season is mid-January to June,” says Vanessa Hutchings, managing director. “The kiwano is full of goodness and has a totally unique flavor and texture. We’re seeing interest from foodies wanting to try something different, and those seeking out nutrient-dense, real food.”

What To Keep Your Eye On

Retailers are encouraged to capitalize on the availability of quality products from this region. “Varieties of citrus in the fall are most popular,” says Frieda’s Jackson Berkley. “Items for winter include cherries, mangos and lychee. In spring, there is a lot of flavorful stone fruit coming into the United States as well.”

New Zealand’s reputation for dazzling new product varieties is another boon for retailers and consumers. “Newer varieties of apples, pears, and some cherry varieties are adding a nice mix for the retail shelf,” says Megan Schulz, Giumarra’s director of communications.

Breeding programs for new varieties being a particular strength for growers, Chapman notes the New Zealand industry is continually focused on developing something consumers find fantastic and appealing. “The new varieties out of New Zealand speak for themselves,” he says.

Case in point, Giumarra will offer a New Zealand-grown Lemonade apple to the North American retail market during May through August. “Lemonade has a refreshing, tangy-sweet flavor with a hint of effervescence,” says Schulz. “It has a fine, crisp texture and is a great choice for consumers who like their apples on the crunchy side with plenty of juice. Promoting flavor with sampling and colorful signage is a good way to get consumers excited about the apple category.”

Playing up the availability of new varieties attracts customer attention and sales. “Having a new apple variety to promote creates interest,” says Redners’ Stiles. “When the new apples come in, we put them in a shipper so they stand out. Shoppers will try new apples because it’s something different but yet familiar.”

Highland Park’s Gibbons agrees on the benefit of promoting new varieties. “It is always good to promote new apples such as Jazz and Pacific Rose,” he says. “Customers are usually looking to try new varieties of fruit.”

Prowse points to mangos and lychees as perhaps the two most important new products recently gaining access to the United States. “They are still in very early stages of distribution and growth,” he says. “They are unlikely to ever be exported in large volumes, however the limited season availability and quality will find high-end niche sectors. The unique sweet taste and high yellow color of the Australian mangos are a key selling point.”

Gold kiwi is another rising star, and New Zealand Horticulture notes out of the 408,000 tons of kiwi sold worldwide each year, 30 percent is gold varieties. Gold kiwifruit continues to grow in popularity and help boost the kiwifruit category, according to Giumarra’s Schulz. “Consumers enjoy its sweet, tropical flavor,” she says.

Zespri reports strong U.S. market growth in particular for the SunGold variety noting recent sales volumes have increased from around 462,000 pounds in 2012 to more than 25.41 million pounds in 2017 — a 5,400-percent increase. “Within the kiwifruit category, Golden kiwifruit drove the category dollar gain with sales increasing 125 percent for the 52 weeks ending Dec. 3, 2017,” says Deaton. “Zespri’s SunGold kiwifruit led the growth and represents 80 percent of the Golden kiwifruit category with 27.8 million pounds sold to establish a new sales record.” 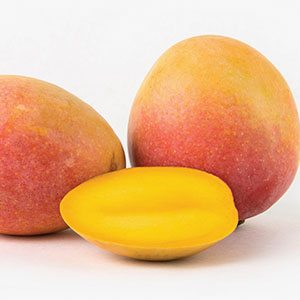 The qualities and freshness of produce from this region present unique promotion opportunities. Melissa’s Schueller suggests retailers can take advantage by looking below the equator for exotic fruits. “Strong growth shows Australian mango and New Zealand kiwiberries and passion fruit are the more popular ones,” he says. “Australian lychees are another great item during February.”

Schueller recommends exotic themes and tying products into Chinese New Year and Valentine’s Day promotions. “These are higher-end produce items,” he says. “These exotic and tropical flavors come at a time of the season when the fruit department is not so full of variety.”

Because kiwano is a lesser known fruit, Enzed reports working with a few clients around a “try something new this week” or “Kiwano 101” theme. “These are short guides for their social media channels that let people know how the fruit looks inside, tastes, and how to use it,” says Hutchings.

Kiwi is another easy and successful item, according to Redner’s Stiles. “Kiwis are always a good promotional item,” he says. “Even if they’re not at a promotional price, you can still tie them in with a lot of other fruit and collect those extra sales. We often mix kiwi with our cut fruit. Just three or four slices in with mixed fruit gives extra color and attracts shopper attention.”

Zespri encourages retailers to continue to promote the SunGold variety to increase incremental sales. “SunGold is still new to the category, and consumers can’t seem to get enough of its sweet, tropical taste,” says Deaton. “We offer customized category programs and promotions through regional market development managers, developed around each retailer’s specific needs due to customer shopping patterns. Retailers are also encouraged to utilize available point-of-purchase displays and other merchandising material.”

“We want to get the general public thinking about the food on their plate and connecting with the growers who produce it. This is a great way to tell our story and put a human face on horticulture.”

As snacking and healthful eating continue to be major growth trends in the overall food category, retailers can promote kiwifruit as healthy options for lunches or snack. “It’s an ideal portable fruit – you just cut, scoop and enjoy,” says Deaton. “Kiwifruit is one of the most nutritious fruits, with a combination of fiber, antioxidants vitamins and minerals.”

To aid retailers in connecting with consumers, Horticulture New Zealand launched Growers of New Zealand as an Instagram campaign, aimed at featuring a grower and crop each week. “We want to get the general public thinking about the food on their plate and connecting with the growers who produce it,” says Chapman. “This is a great way to tell our story and put a human face on horticulture. Consumers increasingly want to know where their produce comes from.” (The page can be found at: instagram.com/growersofnz)

Chapman reports the campaign hit 400 followers since October, and the goal is to reach at least 1000 before 2018 end. “We’re trying to alternate between staples and some of the more obscure crops,” he says. “We try to focus on the human element of growing; rather than talking about techniques and technology, we want to introduce the people behind the food. Whether that’s the owners and operators or the people in the fields and packhouses, they all contribute to New Zealand’s food story.”