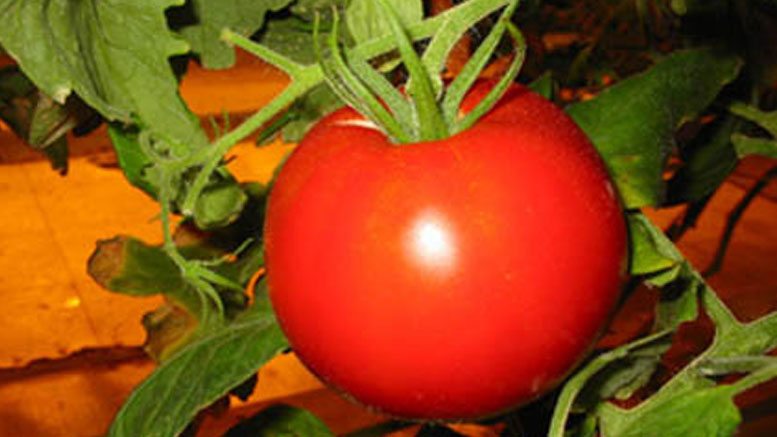 Though perhaps lesser known in the marketplace, Mexico’s Baja California region stands as an integral player in the tomato business. The most recent national tomato production report put out by Mexico´s Department of Agriculture (SAGARPA) in 2012, shows the Baja California region as the second largest producer of tomatoes in Mexico with a production of more than 296,000 tons — after Sinaloa´s production at one million tons.

“Baja California is a very important player in the overall tomato category,” says Alfredo Diaz Belmonte, CEO of AMHPAC (the Mexican Protected Agriculture Association) in Culiacan, Sinaloa, Mexico. “Out of the 1,336,367 tons of tomatoes imported to the U.S. in 2013, Mexico is responsible for 88 percent and the Baja California Region accounts for 15 percent of that.”

The region is divided into two principal production zones, South and North. “Southern Baja California grows 36 percent of the production,” asserts Diaz Belmonte. “The remaining 64 percent is grown in the northern part of the state in the municipality of Ensenada. Baja is credited as one of the most productive tomato growing regions.”

The vast majority of Baja California´s tomatoes are exported through Otay Mesa, San Diego, CA. According to the USDA´s Agricultural Marketing Service (USDA AMS), in 2012 more than 211,600 tons of tomatoes were imported to the U.S. through Otay. “This represents 71 percent of all of the production reported in the Baja California region for the same year,” says Diaz Belmonte. “In 2013 the Otay Mesa border crossing represented 17 percent of the overall volume of tomatoes exported to the U.S. It’s the third crossing by volume after Nogales with 43 percent and Texas crossings with 40 percent.”

Product from Baja California provides consistency in the tomato supply. “The most important benefit Baja brings to the category is the consistency of quality,” says J-C’s Chamberlain. “With Baja, you’re transitioning into a new area of fresh product. It’s important to maintain consistent quality in your tomato program and this is one of the biggest values of Baja product.”

Value comes from freshness and quality. “The quality from Baja is extremely good and consistent,” says Eddie Owens, director of communications/public relations, The United Family in Lubbock, TX with 60 stores across four brands including United Supermarkets, Market Street, Amigos and United Express. “Large sizes are also available. Our company prides itself on the quality of our products. Our guests appreciate they can count on that consistency.”

“Quality is very high on Baja product and this is where the value is,” says Chamberlain. “The quality and long season from this region proves very valuable for any tomato program. Baja product competes directly with green tomatoes out of California and adds consistency for year-round supply. Sourcing out of Baja is especially pertinent for those who want to contract for a consistent supply on a year-round basis.”

Retailers and buyers who capitalize on Baja’s offerings can develop a great reputation in their tomato program. Owens advises, “Buy from a trusted grower/shipper. Develop a consistent display-ready program for ripeness or maturity. Also expect occasional delays with border crossings.”

“Baja has an extremely long production window,” says Chamberlain. “Tomatoes can start as early as April in the southern area. Then production slowly moves north and can even go into as far as November in some cases.”

United’s Owens says, “Our company offers Roma and field-grown tomatoes from Baja when available. Roma tomatoes are in the top three in terms of sales volume for our company.”

Though Roma tomatoes are king, Baja does generate a significant volume of vine-ripes as well. Diaz Belmonte reports, “Vine-ripe tomatoes are in second place in production and stand at 26 percent or more than 43 thousand ton out of the total greenhouse exports.”

According to SAGARPA’s Protected Agriculture Information System (SIAPRO), in 2012 there were 21,530 hectares in overall protected agriculture surface in México. “The Baja California region has a total of 2,910 hectares of protected surface and the majority of it is reported as shadehouse with 83 percent of the total and 17 percent reported as greenhouse,” says Diaz Belmonte.

According to a publication from the Washington, DC-based International Food and Agribusiness Management Association, protected agriculture includes a broad category of production methods where some degree of control over one or more environmental factors exists. Structures included within protected agriculture can vary from the simplest, least expensive shadehouse to plastic covered houses to high-tech glass greenhouses with climate control.

The statistics reveal a clear shift toward protected agriculture versus open field. Diaz Belmonte explains, “Though in 2013 the USDA-AMS reported a six percent decrease in volume compared to 2012 when it also reported an increase in the ratio of greenhouse to open field grown tomatoes, with 85 percent of the imports reported as greenhouse grown.”

Increasing sophistication in production results in excellent yields. “With yields averaging 84 tons per hectare, Ensenada in the North of Baja represents the tendency towards investing in technology and protected horticulture of the region,” says Diaz Belmonte. “The overall average yield is 64 tons per hectare — one of the highest yields in the country. The region holds third place in protected horticulture surface with 3,444 hectares in 2012 or 16 percent of the national total. This is a clear indication of the interest the region has in growing tomatoes for export to the U.S.”

Though strong in plums and vine-ripes, Baja producers are making forays into other popular tomato products as well. “We see an increasing amount of grape tomatoes and an increasing amount of specialty items like the smaller size tomatoes,” says J-C’s Chamberlain. “More producers are getting into the smaller varieties of tomatoes. Smaller varieties can encompass a lot of different things, but generally we’re talking about those products a bit bigger than grapes. Also, we’re expecting a lot more of different colors like yellow cherries.”

Bagging of plum tomatoes in 20-ounce net bags is another increasing trend. “The market will be seeing more bags,” says Chamberlain. “We see a lot more bags of Romas and an increasing demand for this in the marketplace.”

However, not every retailer is on board with bagged plums yet. “Romas in pouch bags have been offered, but we are not carrying them currently,” says United’s Owens. “Only bulk Roma and field-grown are offered in our stores.”