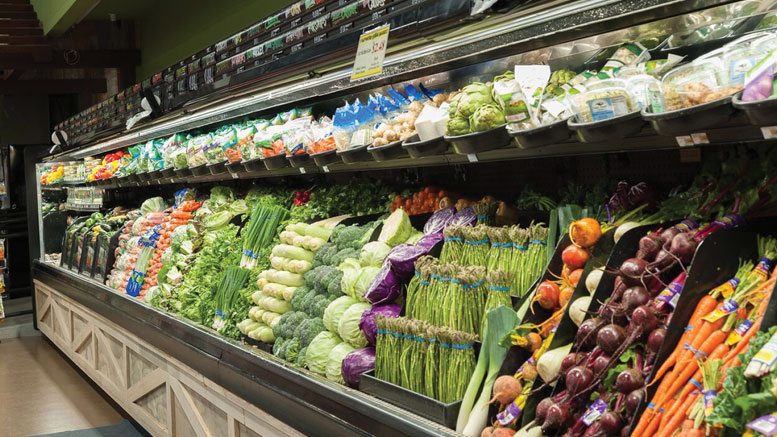 The U.S. sector is in demand with no signs of slowing down.

Early in November 2016, a new store promising a fresher brand of produce opened a few miles from the San Luis Obispo campus of Cal Poly State University in a building abandoned by Haggen grocery store late in 2015.

The store is known for its mix of gourmet foods and value-priced national brands in produce, including Dole, Green Giant, Cuties and others. “We are a crossover store,” says DJ Deutsch, manager of California Fresh Market. “We have both conventional consumers and alternative consumers who are looking for organic, gluten-free or vegetarian diets.”

As the name of the 20,000 square-foot store implies, the emphasis is on consistently offering the freshest possible produce. “The quality is higher than at a conventional market,” says Deutsch. “We have fresher produce. Our vendors are local growers who deliver six days a week. For us, local is within our area code, up to 100 miles away. We have more organic produce.”

Produce is the lifeblood of California Fresh, and contributes greatly to the bottomline.“Produce plays an extremely important role in our stores,” says Jerry Mieloszyk, produce supervisor. “It’s definitely in the top two departments in both dollar volume and profit. Produce is probably Number One in the net profit percentage, and Number Two to grocery in net profit dollars.”

The California Fresh produce department is kept well staffed, in part, to make sure customers who need to know more about the fruits and vegetables 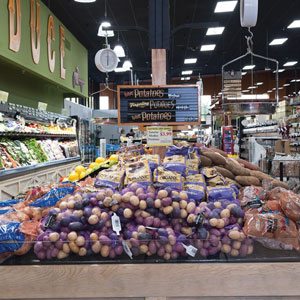 are taken care of. “We use signage to tell customers about the produce, but mainly we are very big on customer service,” says Mieloszyk. “If we see customers wandering around the produce department, looking like they could use help, we point them in a direction or offer them samples.”

Like most college towns, San Luis Obispo residents are younger than most of the state and have lower median incomes, but the cost of buying the average house in this bucolic retreat is well above $600,000.

California Fresh offers both local organic and traditional farm harvested produce, as well as fruits and vegetables from around the world. The San Luis Obispo location is a dream for any green grocer trying to offer the freshest fruits and vegetables. The 100-mile radius includes counties that harvest a majority of the head, leaf, spring mix, Romaine lettuce, spinach, broccoli, cauliflower, celery and strawberries grown in the entire country.

“We sell a lot of local produce; we sell as much local produce as we can,” says Mieloszyk. “We get strawberries year-round from a local farmer, apples from Fairhill Farms, and a wide variety of squash and tomatoes from Tutti Frutti Farms in the Santa Ynez Valley. We’ve been going to Tutti Frutti Farms since the Pismo Beach store opened in November 2012, and before that in the Solvang store,” says Mieloszyk.

The San Luis Obispo location is a dream for any green grocer trying to offer the freshest fruits and vegetables. 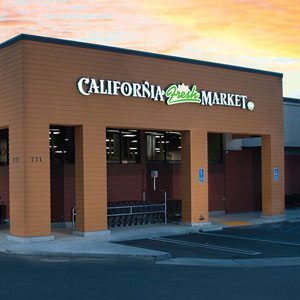 Local vendors include main supplier OK Produce of Fresno, CA, The Berry Man and Cal Poly State University, which supplies a great deal of produce, according to Deutsch.

“Our focus is customer service,” says Deutsch. “We are competitively priced, with good selection.”

“We have an unusually large service deli that is high grossing,” says Mieloszyk. “They order their own produce, but we supplement it when they need, and direct them on seasonal items.”

The store also features a bakery, fresh juice and coffee counters, sushi and a salad bar. Many products are made on-site. The gourmet-offerings-at-discount formula seems to be attractive to the 20,000 students at the Cal Poly campus. “Close to 40 percent of our customers are students,” says Deutsch.

“Each year, IGA retailers undergo a series of assessments to ensure that customers are encountering exceptional shopping experiences each and every time they enter an IGA store,” says the organization.

“The concept is the same at all three stores,” says Deutsch. “We are smaller than the Pismo Beach store, and larger than the Solvang store.”

California Fresh seems to have hit on a formula that suits an area that is somewhat well off, largely Anglo, and has an attitudinal insistence that everything go SLO: Offer great service, and a good selection of the freshest possible organic and conventional produce.