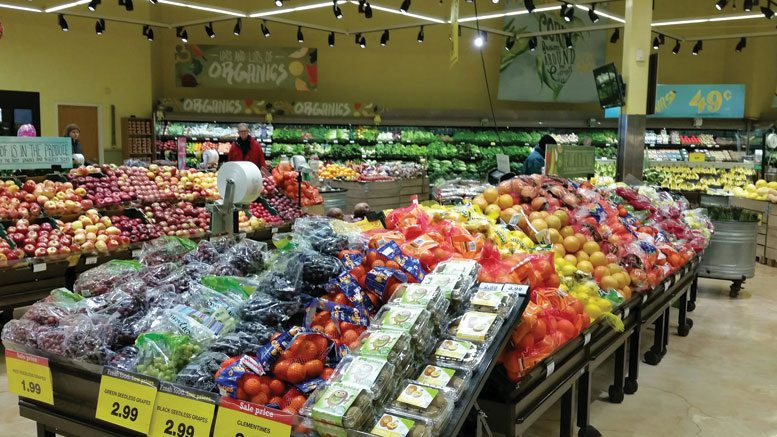 Urban shopping concept offers a convenient stop for those who work and live downtown. 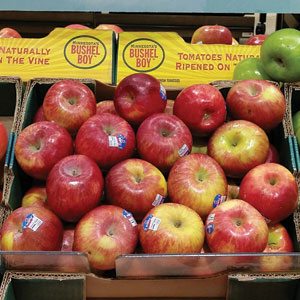 Metro Market on Van Buren Street in the heart of downtown Milwaukee is in a unique location when it comes to attracting a wide variety of the city’s social classes. The neighborhood is home to both an abundance of subsidized housing for low-income residents, and headquarters for major business establishments like Northwest Mutual, with professionals who shop at the market before going home to the suburbs.

“One of the best parts of being downtown is the diversity of the customers is so huge,” says Andy Gifford, produce manager at the Van Buren Street Metro Market. “We have a lot of low-income housing in the neighborhood, and there is also a lot of businesses, so we have professionals who work in the neighborhood and shop here at 5 p.m. We see a good mix between Caucasians and African-Americans. Variety would be the best way to describe it. The only thing we don’t have is families; and we don’t see a large Hispanic population.”

This segmented demographic is reflected in the produce selection, which includes both economy items in large quantities at sale prices, and a more than ample display of organic and other premium products.

During the summer season the company promotes locally grown fruits and vegetables from the Midwest.

While the City of Milwaukee grows steadily more diverse, with Hispanics continuing to join the Caucasians and African-Americans, the demographic at Metro Market is largely unchanged because so many of the customers do not live in the neighborhood.

“Most of our customers work in the area, but do not live here,” says Gifford. “The demographic hasn’t changed too much. Northwest Mutual and the other businesses haven’t changed.” 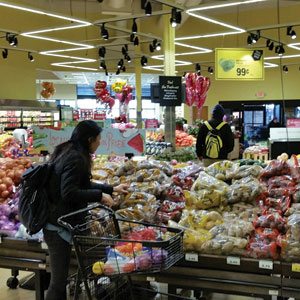 Metro Market, Pick ’n Save, Mariano’s and Copps are all part of Roundy’s, which is headquartered in Milwaukee. A little more than a year ago, Roundy’s was acquired by Cincinnati-based Kroger, and Gifford has already noticed one important change at the downtown store. “The Kroger focus has been on being ready for our peak, up to the end of the day,” says Gifford. “Kroger wants us to not only get up and running, but to also sustain it through to the end of the day.”

What has not changed at Metro with the Kroger acquisition is the look of the store, which invites you from the moment you enter to think “fresh.”

“The best way to describe our format is perishable-based,” says Gifford. “Everything you see when you walk in the front door is perishable. You can’t get to the grocery section until you go past the perishables.”

The Roundy’s complex of stores, now owned by Kroger, claim better than a 36 percent market share in Milwaukee, according to Chain Store Guide, while Wal-Mart and Sam’s Club stores combine for nearly 25 percent. No other chain has larger than a 6 percent share in the metropolitan area.

“The competition we experience as a company is the Wal-Marts and the Meijers,” says Gifford. “As a store downtown, it would be Whole Foods and Fresh Thyme.”

While the two nearby upscale markets are Metro’s most important competition in the downtown neighborhood, the closest market is the Pick ’n Save just two-and-a-half blocks away, which is also part of the Roundy’s stable acquired by Kroger.