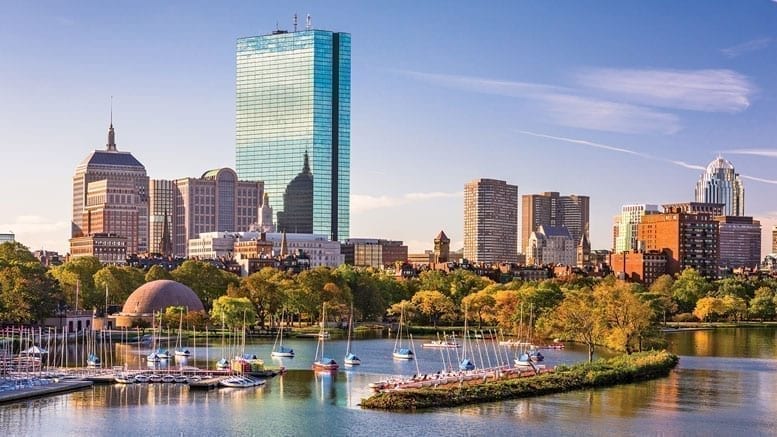 During the past decade the population of Boston grew, became younger, more college-educated and more racially and ethnically diverse, according to a report by the Boston Redevelopment Authority.

Tom Murray, director of produce with Roche Bros., operating 22 stores, explains Boston is a highly competitive retail environment with an abundance of retail choices for customers and a highly educated and discerning customer base. “We rank amongst the country’s highest farmers markets per capita and have strong local participation in Community Supported Agriculture programs,” he says. “The most successful produce retailers in our area are those offering consistently high quality and a wide variety of choice.”

Glenn Messinger, general manager of Baldor Boston in Chelsea, MA, sees this youthful trend in action. “Boston is full of young, hip people,” he says. “To some extent the city was always that way because of the schools, but more students are staying on after school and building their lives here. We see a lot more restaurants opening to cater to this demographic, such as craft beer houses and pubs.”

As the city’s demographic shifts, neighborhood renewal is common. “We see continual renovation of new neighborhoods in Boston,” says Maurice Crafts, owner of Chelsea, MA-based Coosemans Boston. “We have younger, more affluent consumers. On the foodservice side we see a response of distributors using multiple suppliers to stock more restaurants. We see increasing amounts of items customers have never used before, for example, pine nuts. More competition in the restaurant sector is good for us, as our customers look for what can differentiate them.”

Gene Fabio, president of J. Bonafede, reports a growing number of ethnic items becoming more and more mainstream. “We have more customers from diverse backgrounds including Southeast Asia and Hispanic origin,” he says. “The items they buy represent a bigger percentage of the produce moving through this market.”

Though more options, including online home delivery and deep discount stores, are available in the marketplace, wholesalers report traditional retail still holds its place. “The traditional retail formats remain busy,” says Burke. “At the end of the day, most consumers are still shopping the retail store.”

Travers reports seeing growth in the number of local chain stores throughout Massachusetts and the rest of New England. “Some are locations bought out by other retailers, and other locations are completely new,” he says. “Our smaller clients are feeling pressure due to this increase in competition.”

Boston boasts a wide variety of stores. DeMoulas Supermarkets, with its Market Basket, and the Stop & Shop Supermarket Company claim the highest market share at 23 percent and 18 percent respectively, according to Tampa, FL-based Grocery Industry Market Share Report, a leading research firm. Banners Shaw’s and Star Market (Albertson’s) hold a 12.7 percent share. The remaining share is divided up among many formats, including Whole Foods, BJ’s Wholesale, Walmart, Costco, Hannaford, Roche Bros., Trader Joes and Wegmans, with a seven to a two percent share. At less than two percent each fall Big Y, Target, Dollar Tree, PriceRite, Crosby’s and other small and independent operators.

The New England Produce Center (NEPC) stays relevant precisely because of the diverse customer base, according to Fabio. “We continue doing steady business with a varied customer base,” he says. “Larger retailers use us for fill-in and a lot of smaller, especially ethnic, stores shop regularly here.”

Market wholesalers greatly value these smaller independent stores. “They are the stability of our business,” says Bobby Nano, owner of Chelsea, MA-based Boston Tomato. “They shop regularly and appreciate what we do for them. The smaller-size customers represent about 80% of Boston Tomato’s business and continue to grow and expand.”

Smaller format stores cater to densely populated areas and targeted demographic needs, says Steven Piazza, president and treasurer at Community-Suffolk. “In the case of Brothers Market (by Roche Bros.), customers are well-educated and higher income. They want more ready-to-go, higher end, smaller packaging and convenience. These customers shop every day for what they’re preparing that night and are willing to pay for quality.”

Ethnic stores also serve targeted demographics with a heavy emphasis on produce. “We have a great mix of nationalities here,” says Piazza. “As groups move into Boston, they create neighborhoods, and those residents demand smaller markets catering to specific needs of the demographic. Arax market in Watertown is a great example of an ethnic-focused store that has generational business. If Armenians are looking for quince at holidays or artichokes for Easter, they turn to Arax.”

These ethnic stores continue to stay strong precisely because they serve specific communities, agrees Coosemans’ Crafts. “They stimulate business,” he says. “For example, Harry Basmajian at Arax wants tons of tarragon at Easter, and recently we had a lot of people looking for fruit for the Jewish holidays.”

Though Boston encompasses a diverse cross-section of cuisines, one major foodservice trend is the increase in fast-casual formats. “Restaurateurs are looking for an easy concept to implement,” says Messinger. “They’re focused more on a fast casual concept they can scale. We don’t see too much old-school, fine dining increasing. It’s more higher quality fast casual.”

Messinger notes there are more avenues now for people who want to get into the restaurant industry. “They can do a pop-up restaurant or food truck,” he says. “The cost of opening brick and mortar is so expensive, people are opening a food truck instead; and then successful ones are adding a second or third food truck.”

Perhaps the most talked about development in Boston’s food sector is the opening of the Encore Boston Harbor Casino. “The casino has changed the dynamic of the marketplace,” says Kim Sanford, West Coast vegetable sales at Boston Tomato. “It has generated a bit more interest for some.”

The casino hosts 12 to 13 different restaurants and foodservice venues from coffee shops to fine dining restaurants, according to Piazza. “They divided foodservice purchases up among several different vendors,” he says. “We’ve seen a little bump in business because of it.”