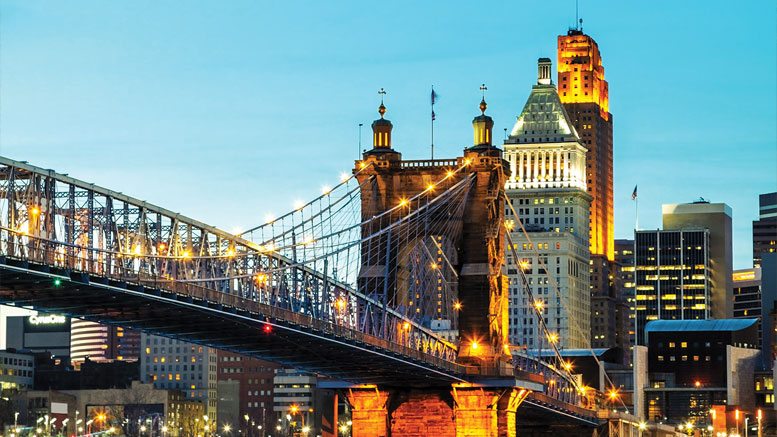 This historic city offers a range of produce with eclectic tastes. 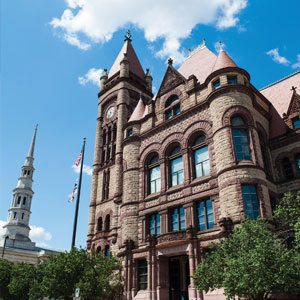 Cincinnati was founded in 1788, just north of the spot where the Licking River meets the Ohio. The city became a boomtown in the early 1800s with the arrival of steamboats and has a rich history as a port and stopover for settlers traveling along the Ohio River to points west, according to Ohio History Connection’s OhioHistoryCentral.org. Today, Cincinnati has a growing population of nearly 300,000 people and is the third largest city in Ohio, according to the city’s website.

Cincinnati is split demographically with 49 percent white, nearly 45 percent black and a mix of Hispanic, Asian and other ethnic groups comprising the rest. The median household income from 2010 to 2014 was $34,000 with many area residents working for the Kroger Company, which is the city’s largest employer with more than 21,600 workers, according to the results of a 2015 survey published in the Cincinnati Business Courier. The University of Cincinnati comes in second by employing a little more than 16,000 workers. Other corporations based in the city include Cincinnati Children’s Hospital Medical Center, TriHealth Inc. and Procter & Gamble.

Cincinnatians are proud of their local sports teams, which include Major League Baseball’s Cincinnati Reds and the Bengals NFL team. They are just as proud of their unique take on chili. Cincinnati chili, which is a spicy meat-based concoction served over spaghetti, is a local favorite with a reputation that has grown far beyond both the city’s and Ohio’s borders, according to travel site Fodor’s Travel.

Cincinnati also has its fair share of fine dining options such as Jean-Robert’s Table, named for its owner/chef and three-time James Beard Award nominee for Best Chef in the Midwest. Other culinary attractions include the Orchids at Palm Court, located in the Hilton Cincinnati Netherland Plaza. Todd Kelly, executive chef and director of food and beverage, created the menu here as well as for The Grille at Palm Court and The Bar at Palm Court. Kelly helps uphold the legendary fine dining tradition of this historic hotel, which first opened its doors in 1931.

More casual places can be found throughout the city, such as the Melt Eclectic Cafe. Melt was recently purchased by Cincinnati company, Wellmanns Brands, which operates five other food and drink concepts in the city, including the Old Kentucky Bourbon Bar, Japp’s, Myrtle’s Punch House, Famous Neons Unplugged and Bottle & Basket.

Cincinnati is ringed by the Interstate 275 beltway — with interstates that spoke off northwest to Indianapolis, northeast to Dayton, OH, and Columbus, OH, southwest to Louisville, KY, and south to Lexington, KY. This makes the city an important hub of transportation. This also helps local wholesale distributors, with long histories in the city, such as Joe Lasita & Sons, Fries Brothers, Castellini Company and Crosset Company, provide fresh produce to foodservice and retail customers both large and small. Local growers also thrive here in the Ohio River Valley where they can sell their produce at the Hyde Park Farmers Market, Findlay Market and Northside Farmer’s Market.

Joe Lasita & Sons, Inc. services its foodservice customers with 28 trucks within a 100 mile radius of the city. While Lasita specializes in fresh produce, it also carries a line of frozen, groceries and specialty items.

“We are a fourth-generation, family-owned company that has its history date back to 1918,” says Jerry Lasita, vice president and chief operating officer. The company is a part of the Produce Alliance, the Buffalo Grove, IL-based premier procurement/management organization that provides assistance with IT functions, online ordering, and contracting with growers/shippers across the country.

“We also formed a partnership with Sirna & Sons, another Produce Alliance member, to expand our delivery coverage for customers who want one contact point for a very large geographic area.” The company has plans for expansion of its office and facility space in the next year.

Growth does not come without challenges, however, and Lasita says that weather patterns across the country have been an issue for the company in terms of product availability, quality and price.

“The other major issue is finding qualified people to work in any area of our company,” he says. Implementing new technology and systems helps the company meet these and other challenges including food safety concerns. “Our food safety practices monitor all incoming and outgoing product for quality and safety issues. Market trends, shortages or quality issues are shared with our account base through weekly market reports.”

The company also uses third-party annual audits, company-wide training on food safety practices, electronically monitored facility temperature, GMPs, full recall and HACCP plans, and the use of security cameras both inside and out to ensure safety. “Next plan is to be GFSI-certified by end of 2016,” says Lasita.

Caruso Logistics is a full-service distribution center and a repacker of potatoes, onions and corn. While based in Cincinnati, Caruso also has a distribution center in Ephrata, PA, and satellite locations in Richmond, VA, and Indianapolis. The company services national retail chains across the Midwest as well as the Mid-Atlantic area of the East Coast.

As the company expands, it still focuses on issues important to everyone in the industry. “We have a big program for food safety,” says Jim Caruso, chief executive. “I just hired a director of safety, which we never had before. It’s quite a concern. It’s taken center stage for us.”

As big of a hot button issue as food safety is for foodservice and retail nationwide, food safety isn’t anything new. What’s new is the technology that’s used to ensure it.

“We have several ways to track temperature to make sure the cold chain is never broken,” says Caruso. “It’s not new, but we’re going a couple steps further with it. We’re as interested as the customer in delivering product that is safe. We track it well, record it and keep records.”

The company also tries to support area growers whenever possible. “We’re always looking for good, locally grown products. We try to find it all the time. It’s such a short season where we’re at, we want to support the local guys.”

Caruso plans on expanding the fleet and expects it to double in the next year and a half. It is also modernizing the company’s invoicing system. “We’re in the process of going paperless with invoicing and using a driver’s app. We work with [Woodridge, IL-based] Produce Pro Software on that. It’s a great system.”

The Fries Brothers’ story is similar to many in the business. “We’ve been in business since 1919,” says its president, Donald E. Goetz, Jr. “Most produce places were started with pushcarts before the Depression. Kids were pushing them and all of a sudden they bought a warehouse.”

According to Goetz, Fries Brothers’ primary customers are “small independent foodservice guys.” While the produce wholesale landscape changed over the years, it is still possible for smaller independent companies to survive.

“When we started there were about 40 companies in Cincinnati. We’re the last ones of our size.” Fries Brothers is a full line produce wholesaler with three trucks. The company delivers primarily within the Interstate 275 beltway. “We’re small potatoes in a big world,” says Goetz. “The contract business and the huge chain business is taking over, but in every town there’s still a lot of small independents.”

Despite being a smaller player on the market, Fries Brothers must still meet the same challenges as the bigger fish. Food safety is important at all levels. “We’re GAP audited,” says Goetz. “Food safety is a big player in this world. You can’t sell to certain people if you don’t have the GAP audit and USDA inspection, but we’re mostly just a redistributor. We basically take a package off one truck and put it on another one.”

There are some advantages of being a small company. With just 13 employees, Fries Brothers can keep things simple. “We’re old school,” says Goetz. “We get customers in and out fast. Everything is handwritten. We have a computer system in the back, obviously, but it’s not computerized out front which gets everything in and out a lot quicker. As a small company we can get away with our system, a bigger company could never do it,” he says.

Dave’s Specialty Imports has had a presence in Cincinnati since the company’s founding by Dave Bowe in 1992. His son Mike started his own company, B&B Imports in 1996 and in 2015 the two merged with the younger Bowe serving as president of both companies. “Most of our business is in retail and located in the Southeast,” explains Mike Bowe. “We have a small amount of foodservice, but we’re looking to increase that side this year into next.”

Bowe sees trends like organics still experiencing growth, and the company has worked to meet this demand. “Organics is growing,” he says. “We are increasing our organic supplies, but I am starting to see some overproduction at certain times of the year, which causes some pricing issues at the marketing end.”

Dave’s is a leading marketer and shipper of fresh berries in North America. Its Mexican strawberry project will be starting up this month and will run through until May of 2017. As the company focuses on sourcing the best berries available, safety is also a concern. “Food safety is a major issue for us, like everyone else in the industry. We aren’t doing anything different, just implementing processes from the farm to table.”

Market Teams Up With NYPD Shield