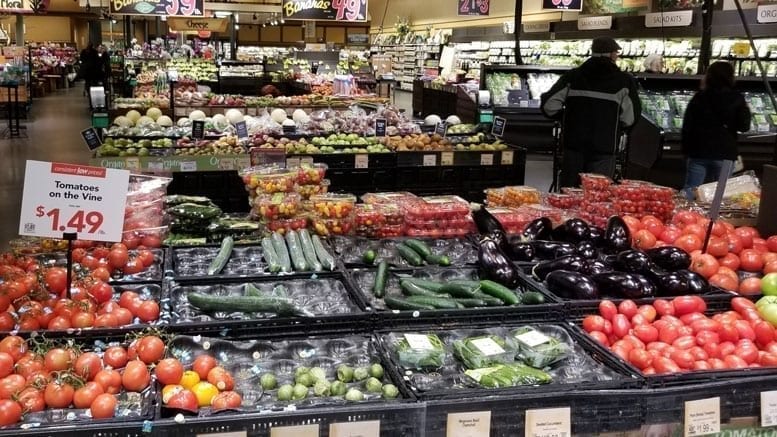 Like other areas, the wholesale business in the Washington, DC, market is highly competitive.

A major move by one of the region’s major produce wholesalers and fresh-cut processors shook up the market. In February, Laurel, MD’s Coastal Cos. acquired Jessup, MD-based Lancaster Foods, Inc., from Guest Services, Inc., a Fairfax, VA-based hospitality management company.

Wholesaler reaction was favorable. The move likely strengthens Coastal Sunbelt’s fresh-cut business, says Bill Santoni, director of sales Coosemans D.C., based in Jessup, MD. “They’re just expanding,” he says. “It’s awesome for them, because what they’re doing is going to work. This shows you the produce economy is growing here.”

The Washington, DC, marketplace is comprised of all types of produce purveyors. They range from the large wholesalers to the medium-sized firms all the way to the small jobbers. “This market is as competitive, as always,” says Tony Vitrano, president of the Tony Vitrano Co., in Jessup. “Some (wholesalers) specialize in certain industries. Everyone in this business is working hard. It’s very competitive. You have to be on your toes if you want to supply people and keep your customers.”

The region’s produce distribution is concentrated in the Maryland Food Center, a food business cluster that spans a five-mile radius from its epicenter. The companies based there contain “more than 100 food business operations that supply the fresh food that makes the Washington DC/Baltimore Metropolitan area one of the most diverse and successful fresh food communities in the world,” says Don Darnall, executive director of the Maryland Food Center Authority, which owns and operates the Maryland Wholesale Produce Market and the Maryland Wholesale Seafood Market.

“With the continuing growth in societies’ obsession to adopt a healthy lifestyle, the fresh food industry, and the produce industry specifically, will continue to benefit from the public’s demand for fresh food,” says Darnell.

While the large foodservice wholesalers buy mostly fill-ins from the Maryland Wholesale Market, there are still many smaller mid-sized jobbers who procure from the market, says Vitrano. “A lot of independent grocery stores prefer to buy from a produce specialist rather than a general wholesaler, who would sell them everything from soup to nuts,” he says.

Area wholesalers buy from each other and provide good competition, says Santoni. “It’s a competitive market, but there’s friendly competition,” he says. Every company has its strengths. Coosemans, for example, doesn’t sell much to foodservice customers, unlike other companies, says Santoni.

Years ago, the Washington, DC, and Baltimore metro areas acted more like separate markets. Today, however, they’re more interconnected, says Sal Cefalu, owner and director of CGC Holdings, which owns G. Cefalu & Bro. Produce, Inc., in Jessup. “The DC market was the DC market, and the Baltimore market was the Baltimore market,” he says. “They really weren’t that intertwined. All our business years ago was Baltimore, not much in DC. Today, we do as much business in Virginia and DC as we did in Baltimore.”

The region’s supermarkets served by wholesalers are big and have changed. “This is still a relatively strong retail area,” says Vitrano. Some time ago, there was industry talk that the region was “over stored,” particularly in Baltimore, he says. That may have been the case in the past, but not today.

“The independent stores are doing well,” says Vitrano. “There’s a fair amount of independent retailers here, more than you might consider.” While the large retailers have always dominated the area, more recent years have seen a number of independents start operations. “There are still plenty of big chains here, but it’s a different group than what might have been 15-20 years ago,” says Vitrano. “The smaller stores are finding a niche that people want to go to.”

Due to the abundance of lawmakers and government officials, the Mid-Atlantic region is likely one of the country’s most wealthy. “Because of that, there’s a lot of competition in both retail and wholesale,” says Joe Rahll, Sr., president and chief executive of Edward G. Rahll & Sons, Inc., a Jessup wholesaler. “You take the independents and what they’re butting up against — the Walmarts, the Giants, the Harris Teeters, the Wegmans, the Aldis and the Whole Foods. It makes it a little tough.”

Santoni characterizes the region’s retail business as consistent. “Some do better in merchandising fresh produce than others, but all are concentrating on it,” he says. “All are being creative and are doing great jobs. Merchandising is very important to them. They’re always trying to be creative coming up with different ways to do things. It’s a very competitive market for them.”

A number of concept restaurants, including CAVA, Sweetgreen, Sweet Leaf and HipCityVeg, began in the Washington, DC, area. “The chief driver of foodservice that we’ve seen is niche concepts growing at a rapid pace, many of which are rooted in DC,” says Ted Keany, vice president, sales for Keany Produce & Gourmet, Landover, MD. “They have the ability to be successful because they don’t have to invest as much in the high cost of DC real estate.”

The concepts possess a common theme: quick service. “The model is to get people in and out, unlike the traditional theme of sitting down that was so common 10 years ago,” says Keany. “Yet, the model is parallel to that of DC life: a lot of hustle and bustle.”

The experience or “Instagram-worthiness” of a concept can be the fate of a new business. “We want all restaurants to succeed, so if we can take away one of their worries by providing the freshest, most “Insta-worthy” produce for their patrons, then we will always deliver that,” says Keany.

Still, the restaurant business can be a highly fickle business, says Vitrano. If they offer good products and good service, they will do well. “But, it’s such a competitive business here that if there are any problems, their business will drop off,” he says. “There are a lot of openings and closings.”