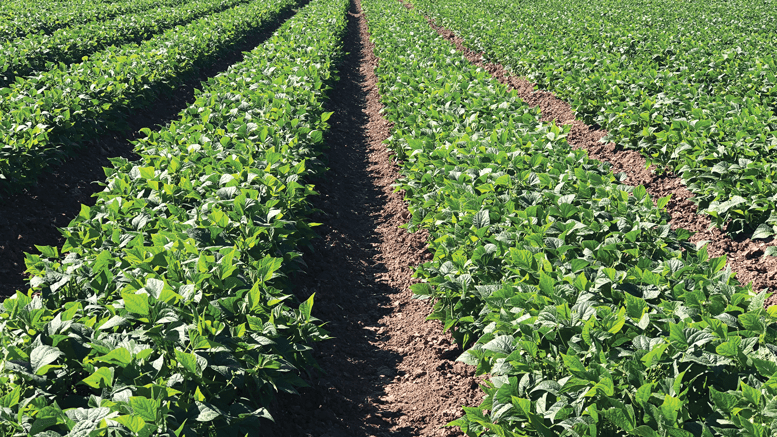 The U.S. relies more on Mexico for its produce.

In this first part of a two-part article, industry experts predict advancing trends and innovation regardless of what governments do. 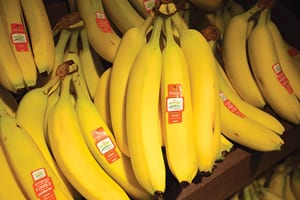 Mexico’s proximity to the U.S. and its beneficial growing climates continue to bolster fresh fruit and vegetable trade with the U.S. “Produce trade between the U.S. and Mexico remains strong,” says Mayra Velasquez de León, president and chief executive of Organics Unlimited in San Diego, CA. “At the end of the day, it makes sense to continue to source from our neighbor as the first option.”

Christopher Ciruli, chief operating officer for Ciruli Brothers in Rio Rico, AZ, expects continued growth from Mexico in the coming years across fruits and vegetables. “The reports I’ve seen have focused on forecasting growth with row crops, but we have also noticed growth out of Mexico with some citrus items,” he says.

Mike Melendrez, produce manager with Food King in Littlefield, TX, with 18 stores, reports seeing volume sales in tomatoes, avocados and squash. “Hot peppers, especially jalapeños, also continue to be popular,” he says. “A lot of customers have been asking for specialty peppers, such as scorpion and ghost peppers.”

Divine Flavor in Nogales, AZ, one of the largest importers of Mexican grapes into the U.S., looks to continue advancing in unique products. “In 2018, we had a vast extension of proprietary organic table grape varieties; we expanded our Nogales warehouse; we created Vivaorganica (a technically sophisticated, socially responsible organic vegetable operation); and made other important investments,” says Pedro Batiz, vice president of sales. 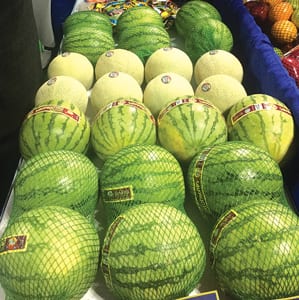 Suppliers both large and small continue to increase volume and diversify in commodities. Newly formed Orbis Innovation in Produce of Pompano Beach, FL, handles a variety of products, including 85 hectares of greenhouse. “We are also involved in broccoli, cucumber, carrots and berries,” says Elvis Obregon, chief executive.

Los Rancheros in Pabellón de Arteaga, Aguascalientes, Mexico, has been exporting garlic to the U.S. for more than 30 years. “The market is stable right now,” says Gerardo Narváez, sales. “We have increased sales in peeled and black garlic … there are increasingly niches in the market for new garlic items.”

Ciruli reports items with good movement during the 2018 season included citrus — oranges, specifically — and strawberries. “We also see an emergence in different tropical items, such as jack fruit,” he says. “And, there is an uptick in demand and production increase for Champagne mangos as our mango program continues to grow in the double digits each year.”

Suppliers report factors influencing imports include growing demand, shifting production and innovation in taste and packaging. Vision’s Cohen observes renewed interest in grapefruit. “This is a result of healthy promotion, in general, as well as the decline of production acreage in the U.S. due to previous demand issues, hurricanes and citrus canker,” he says. “This leaves room to predict more production from Mexico.” 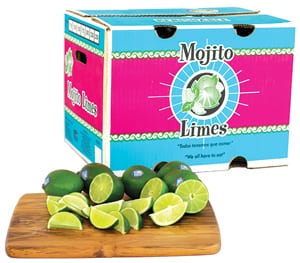 On the vegetable side, Ciruli notes demand for year-round consistency. “Our current trend is a stretching of the produce season to move more traditionally winter products, such as cucumbers and peppers, into a year-long program through expansion into Central Mexico,” he says.

Alberto Velazquez with Grupo Vet Y Agro in Michoacán, Mexico, reports the company has exported coconut for three years but finds new opportunities in the current market. “Previously, we exported through a broker, but we now look to export directly,” he says. “We have seen significant increase in demand for coconut in the U.S. and particularly for demand year-round.”

Batiz of Divine Flavor describes a big rise in grape production because of new varieties of grapes. “We’re refocusing on taste and using cross-pollination techniques to create grapes tasting like mango, gummy bears and Cotton Candy,” he says. “We’re bringing some of those flavors to our customers, naming them Gummyberry and Candy Heart, which adds a bit of fun to healthy eating, as well.”

Obregon of Orbis perceives a need for Mexico to focus increasingly on diversification. “Much of our future focus will be new items and value-added products,” he says.

Vision reports growing demand for packaged product in its line. “For lemons and limes (Mr. Squeeze), we are offering value-added packs with two-pound options in our master box, as well as the one-pound sleeves (Mojito) we have for limes,” says Cohen.

Look for Part II of this article in our January issue.

Implications Of The “New” Agreement 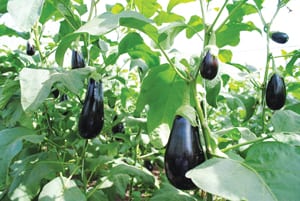 Goodbye NAFTA, welcome USMCA … So where does that leave produce traders?

After more than a year of threats and negotiations, an initial trade agreement, titled the United States–Mexico–Canada Agreement (USMCA), is set to be the “new” NAFTA. Though much rhetoric has surrounded the agreement in the press, produce suppliers and marketers of Mexican product remain positive about the future. “There are still some unknowns regarding trade policies in North America, but so far there haven’t been any major negative changes on the Mexican fresh produce industry,” says Pedro Batiz, vice president of sales for Divine Flavor in Nogales, AZ.

The new trade agreement isn’t much different from the old NAFTA with respect to produce, maintains Jerry Havel, director of sales and marketing for Fresh Farms in Nogales, AZ. “We don’t perceive anything the Administration has done will affect us negatively,” he says. “And, in truth, our business is really demand-driven. If there is a demand, they’ll figure out how to get to the market.”

Alberto Velazquez with Grupo Vet Y Agro (see page 41) in Michoacan, Mexico, agrees business will be driven more by the market than from the trade agreement. “If consumption continues to increase, then demand increases, as well,” he says. “The consumer drives the demand, especially for tropical products not really produced commercially in the U.S.”

And, for some Mexican growers such as garlic exporter Los Rancheros in Pabellón de Arteaga, Aguascalientes, Mexico, stricter U.S. trade protection could be favorable. “What affects us most is what China does with its garlic supply,” says Gerardo Narváez, sales. “When China ships to the U.S., it kills the market. If the U.S. levels the playing field with China, it could benefit us. We have an advantage in the market as long as regulations and tariffs are equal for all.” 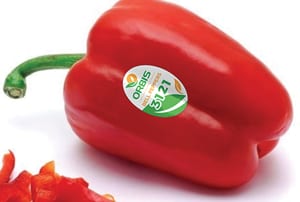 Ultimately, the size of the U.S. market determines what will or will not be sold, states Jeral Bautista, marketing manager at Sabbsol y Mangos in Tapachula, Chiapas, Mexico. “The U.S. has more demand than it can fill, so it must look to other partners to satisfy consumers,” he says.

Because of this increasing demand, Mexico will continue to increase in its position as a supplier, adds Mike Melendrez, produce manager with Food King Supermarket in Littlefield, TX. “We really need Mexico,” he says. “I wouldn’t want to see what the marketplace would be like without Mexico. Consumers would suffer. It would hurt the pockets of the American shopper.”