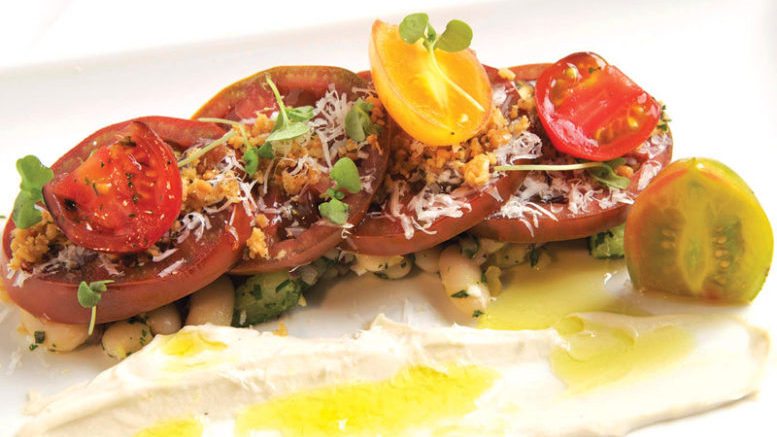 At fire food & drink, produce isn’t pushed to the perimeter of the plate.

For years Cleveland’s independent restaurant scene managed to make some noise in a very crowded national market. It helps to have celebrity chefs such as Michael Symon singing the praises of his hometown, but the truth is, there are dozens more like him. In urban neighborhoods like Ohio City, Tremont and Detroit Shoreway, gutsy chefs have been leading the charge of redevelopment for decades by opening progressive bistros that persuade others to follow along the same path. 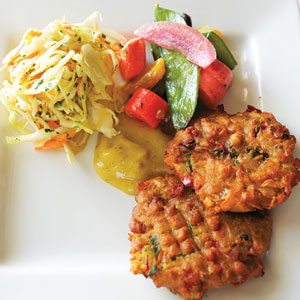 Cleveland, you might have heard, is a meat-and-potatoes town. Folks on the “North Coast” love their mile-high corned beef sandwiches, sausage-based Polish Boys, and sauce-slathered spare ribs. But even in this Midwestern metropolis, menus have been going on a diet. That isn’t at all surprising to chef Douglas Katz, whose 15-year-old Fire Food & Drink is an icon of Cleveland’s fine-dining scene.

“For the longest time, protein has been the main story, but there really isn’t that much new in the world of protein left to experience,” explains the Culinary Institute of America grad. “Whereas with produce, the possibilities seem endless. Even when you’re preparing a protein dish, you’re always thinking about what the sides will be.”

Katz says the uptick in produce-based recipes at his East Side bistro, as well as others across town, isn’t driven solely by vegans and vegetarians, two rising demographics in Northeast Ohio, but by all of his customers.

“Meat-eaters are looking for healthier options too, with less protein on a plate and more veggies,” he says.

Inspiration for new ideas is everywhere, Katz notes, in cookbooks, on television, and during culinary travel expeditions, which he leads on a regular basis. But given that his hometown has welcomed wave after wave of immigrant population, Katz needn’t even leave his block to find veggie stimulation.

“As we become more of a melting pot, our ethnic diversity introduces those cultures that historically have focused on vegetables for economic or even religious reasons,” he says. “Cuisines like Indian, Moroccan, and Middle Eastern that are becoming more popular with diners traditionally don’t have a lot of meats.” 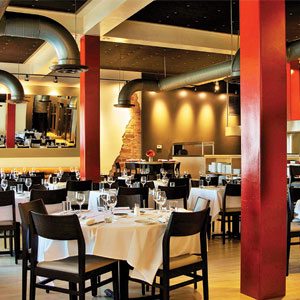 Katz is a leader in the local farm-to-table movement, a measure supported and sustained by the 20-year-old North Union Farmers Market system. In season, Katz makes every effort to support the many small family farms in and around the fertile Cuyahoga Valley. In doing so, he adjusts his menu in accordance with the seasons.

“It’s always so exciting to see the first ramps of spring, the first sweet corn of summer,”
he says.

But the chef also supplements those market purchases with items from specialty stores and local foodservice suppliers such as Premier ProduceOne and Huron, OH-based Chef’s Garden.

“We’re so lucky to have the Chef’s Garden here, which has introduced a lot of unique fruits and veggies and has had huge impact,” Katz says of the specialty grower that sells to gourmet chefs across the globe. “He [Farmer Lee Jones] was the first to offer Squash blossoms to chefs.”

For Katz, the joy of cooking lies not only with pleasing his clientele, which he does at an impossibly high level, but with keeping things fresh and exciting in the kitchen. While beef, pork and chicken are not leaving his menu any time soon, it’s the veggies that continue to pique his curiosity.

“Lately I’ve been exploring a lot of unique eggplants — white, purple and baby varieties,” he reports. “It’s a great option for a meat-less protein.” In one preparation, the chef peels and slices eggplant before slowly poaching it in olive oil. He then breads and pan-fries the slices until they resemble a schnitzel. “It has amazing texture, and it goes so well with grains and other veggies.”