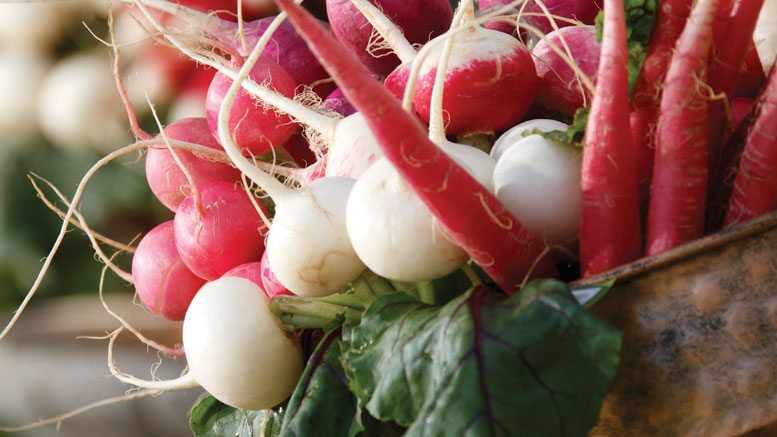 As the once obscure category receives more love, retailers have lots of merchandising options. 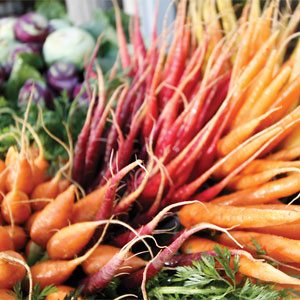 Root vegetables, from traditional staples such as turnips and beets to ethnic favorites such as yuca and malanga, are the unsung heroes of the produce department. Yet, celebrity chefs turned the less popular of these ugly ducklings into stars on the plate. For example, there’s Mario Batali’s Roasted Turnips and Aaron Sanchez’ Yuca Fritters with Pickled Red Onions. Add to this the consumers’ sweeping culinary interests from world cuisines to locally grown (even in the depths of winter) and demand for root veggies is increasing at retail as well.

“For us, roots are definitely on an upswing and are on trend,” says John Savidan, produce director at Bristol Farms & Lazy Acres, a 15-store chain headquartered in Carson, CA. “Pre-cut root vegetables seem to be trending higher and dominating sales. A lot of this has to do with seasonality and weather.”

“As people become more informed (and enthusiastic) about making healthier choices, many vegetables are being thrown into the limelight,” says Natasha Shapiro, marketing manager for Bala Cynwyd, PA-based Love Beets. “Luckily enough for us, beets are definitely one of those vegetables that have reached a newfound level of appreciation, largely due to their amazing health benefits.”

Roots Move Out Of The Cellar 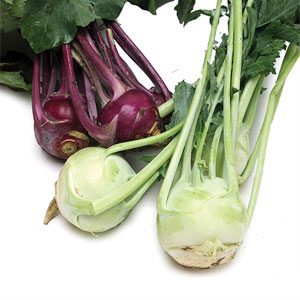 Several factors are fueling consumer desire for root vegetables. Nutrition is one.

“Root vegetables are relatively low in sugars and calories. They are very versatile when it comes to healthy eating,” says Savidan.

Doria Blonder, sales and marketing director for New Limeco, LLC, in Princeton, FL, agrees. “Our society is now looking to eat healthier, cleaner, with less processed foods and no GMOs. This makes Caribbean root vegetables a good choice. These foods are rich in complex carbohydrates and dietary fiber and are gluten-free. Plus, there’s not a lot of waste in preparation, which is a hot button with many consumers today.”

Flavor and versatility are two other demand drivers. “In addition to the increased awareness of the healthful benefits of root vegetables, exposure to new culinary ideas through various social media is the single largest factor growing demand,” says Peter Leifermann, director of sales for Brooks Tropicals, LLC, in Homestead, FL.

Root vegetables offer a host of flavor profiles from earthy to sweet, can be enjoyed with skin off or on, hot or cold, and even raw, according to James Macek, president of Coosemans-Denver, Inc. and partner in Coosemans Worldwide, Inc., headquartered in Christiansted, Virgin Islands. “For example, ice-cold crudité creations that incorporate baby roots, radishes, and other veggies are in vogue — their versatility and application is virtually limitless.”

The popularity of root vegetables is high during the winter months, because they are perfect to make soups and stews. Therefore, in addition to common ingredients like potatoes, carrots and onions, Ricardo Echeverri, vice president of tropical for the Turbana Corporation, in Coral Gables, FL, suggests retailers promote other roots that are cooked or used in soups such as yuca, yams, malanga and eddoe.

“We have felt a significant growth in the demand of ethnic tropicals from our retailers within the last year,” says Echeverri. “We believe this could be the result of the adventurous palates and evolving taste preferences of consumers. In addition, the changing demographic composition of the United States, with the highest growth rates among Hispanic and Asian Americans, has also played a role in the recent spike in the popularity of ethnic tropicals.”

Secondly, “many root vegetables are not highly perishable and can last for weeks,” explains Robert Schueller, director of public relations for Melissa’s/World Variety Produce, in Los Angeles.

“The elements that make certain roots more popular than others are the available volume, color and uses,” says Donald Souther, vice president of marketing and sales development at the Los Angeles-based Vision Produce Co.

Traditional U.S. Roots: “We’re seeing good demand not only for root vegetables like beets and radishes, but for different varietals of these items as well,” says Ed Osowski, director of produce and floral at South Bend, IN-based Martin’s Super Markets, a chain with more than 20 stores.

Similarly, Savidan of Bristol Farms says, “We carry a wide assortment of beets, organic as well as conventional. We have a full line of baby beets and every radish and baby carrot grown under the sun.”

Consumers’ desire for variety and eye appeal in their meals are driving interest in varietals.

One up-and-comer is the Purple Ninja Radish, according to Matt Hiltner, social media and marketing assistant for Babé Farms, Inc., in Santa Maria, CA. “Its unique flavor and spicy kick make it the perfect addition for a variety of ethnic cuisines.”

The Black Spanish Radish and Watermelon Radish are marketed by Lakeside Organic Gardens. “Turnip root was our primary food crop when we started 12 years ago, and we continue to see the business grow,” says Heath Wetherington, director of operations at Baker Family Farms, LLC, in Norman Park, GA.

Today, the company offers a 1-pound package of clean, polished turnip root that makes a nice presentation on display and is a convenient serving for a small family. The pack contains either two large/medium or 3.5-inch diameter or three small/medium 2.5-ounce diameter roots.

“We since added beets, daikon, kohlrabi and now rutabaga. Our goal is to be a one-stop shop for root vegetables,” says Wetherington. Baby root vegetables have a humble following. “Baby turnips are trendy in restaurants and Baby beets are now available in mainstream retail markets.” says Melissa’s Schueller “However, we tried baby parsnips last year for six months and didn’t get good reception. On the other hand, we do offer baby kohlrabi. It sells few and far between, but better than the baby parsnips.”

There’s been a resurgence of interest in Sunchokes, also known as Jerusalem Artichokes, over the past three to four years, according to Karen Caplan, president and chief executive of Frieda’s Inc., in Los Alamitos, CA. “We package them in 1-pound bags with recipe information on pack.” 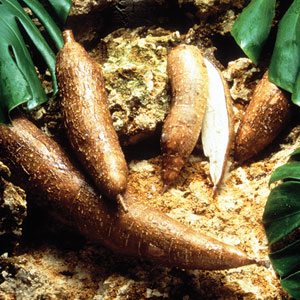 Hispanic & Asian Roots: “Ethnic staples that crossed into the mainstream included jicama on the Latin front and daikon on the Asian. Popular Latin ethnic specialties are yuca root and malanga, while Asian specialties include taro root,” explains Schueller.

Yuca root, also known as cassava, is offered in almost all supermarkets in the U.S., according to Turbana’s Echeverri. “Many retailers have been introducing yuca to their customers over the years and encouraging them to try it in many different ways.”

The reason why yuca is so popular, says Phil Quintana, sales executive at Vega Produce, LLC, in Doral, FL, “is that it’s enjoyed by everyone — from people in the Caribbean, Central Americans, Cubans, Africans and Anglos. We sell 2,000 to 3,000 cases per week.”

Malanga and Boniato supplies have become more limited and sporadic over recent years, therefore eddoe, which has consistent availability, is growing in acceptance, according to Brooks’ Leifermann. “Eddoe is increasingly popular as it lends itself to the widest variety of uses.” Taro root maybe growing in sales, “however is still mostly available only in Asian specialty markets,” says J&C Tropical’s Cintron.

Put Down Roots In Produce

“Root vegetable sales will continue to grow. The larger question is how to maximize growth? Displays showcasing the variety of shapes and colors, along with promotional pricing, will help bring more and more customers into the new reality of enjoying roots, regularly. Recipes with pictures are great. Highlight nutrition information. Tout their versatility and edibility, bottom to top,” recommends Cooseman’s Macek.

More specifically when it comes to display, Bristol Farms & Lazy Acres Savidan says, “We merchandise roots together in categories on our wet racks and have large root bins for bulk, beets, rutabagas, parsnips and turnips.”

Beyond this, “when large ethnic communities live nearby, stores should merchandise root vegetables together on large and attractive displays to invite these consumers into their stores. Also since these products are staples for them and most likely purchased on a weekly basis, we recommend retailers price it competitively. Also, creating bilingual displays and adding staff knowledgeable in tropicals is key,” says Turbana’s Echeverri.

Turbana offers produce executives a mobile app to learn about the ethnic tropicals and make the management of the category easier for their store managers. Retailers can discover the demographic breakdown of consumers living in the nearby area simply by using the app. With this information, says Echeverri, retailers are able to customize the assortment of their products to meet the specific needs of their market. The app also highlights the upcoming ethnic holidays so retailers can capitalize on promotional opportunities that involve the tropicals.

Recipes and cooking demos are great ways to educate customers what to do with both traditional or trendy roots, says Babé Farms’ Hiltner. “These aid consumers about who are otherwise intimidated by certain products, because they don’t know how to cook them. We look at recipes like instruction manuals. For example, you wouldn’t sell someone a TV without also giving them a manual on how to use it.”

Shapiro from Love Beets says the company has sales and merchandising representatives who travels through various regions and cultivate relationships with produce accounts.

“We supply retailers with product guides, educational information, recipe cards, shelf strips to draw further attention to the products, and coupons,” she says. “We are also very enthusiastic about doing in-store demos as we feel it’s important to drive trial at the individual store level and helps increase sales.”