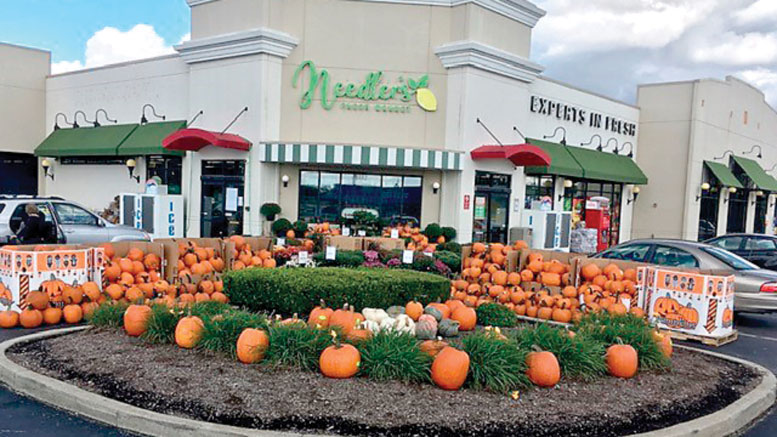 They call it “Hoosier Hospitality,” and they say it’s ingrained in every Indiana resident’s DNA. It’s what native son David Letterman describes “as the way people are supposed to be, a manifestation of the Golden Rule: Treat people the way you would like to be treated.”

“We’re a bunch of friendly people, always have been,” explains Indiana native David Rhodes, director of produce and floral for Findlay, OH-based Fresh Encounter, which manages 100 retail stores under a variety of banners, including Needler’s Fresh Market locations in Indiana. “It’s just the way we were raised and taught and continue to teach. We’re friendly, we greet everybody and that’s just kind of a natural thing we do here.”

In the produce business, that Hoosier Hospitality translates to honesty and integrity.

Indianapolis has a talent related to that hospitality — it knows how to host conventions, trade shows and major sporting events. In any given year, pre-pandemic, more than 13,000 events, drawing 28 million people, are held throughout the city, according to the region’s tourism bureau, Visit Indy. For example, North America’s largest tabletop gaming convention, Gen Con, alone draws more than 60,000 to Indianapolis each August. There are 12 hotels linked by skywalk to Lucas Oil Stadium, the Indiana Convention Center and Circle Centre mall, and the Indianapolis International Airport has been named the best airport in North America in 2021-2020 by Airports Council International. It’s a walkable city and an urban state park features 250 acres of greenspace.

There’s definitely a reason Indy is on the list of TIME Magazine’s “World’s Greatest Places 2021,” and was named to Condé Nast Traveler’s list of “Best Places to Go in 2021” (one of only five domestic destinations) and Travel + Leisure’s “Best Places to Visit in 2021.”

“We constantly amaze people, constantly impress folks with our hospitality and tourism. It’s our people, our ‘Hoosier Hospitality,’” says Patrick Tamm, president and chief executive of the Indianapolis-based Indiana Restaurant and Lodging Association (IRLA). “We’re definitely underrated by others.”

But like many metropolitan cities, downtown Indianapolis has taken a hit since the COVID-19 pandemic started. In addition to temporarily losing many of those out-of-town visitors, the downtown lost many of its daily business commuters, too. Prior to the pandemic, more than 155,000 people from Indy suburbs drove into a square mile city center to go to work; now, under 20,000 make the same trip on a good day, Tamm says. The work-from-home trend has hammered downtown eateries and other foodservice venues like hotels.

He believes Indianapolis was “able to weather that storm better than most markets throughout the country,” because other local draws prospered, such as the Grand Park Sports Complex, a 400-acre campus in nearby Westfield, IN, that includes 26 turf diamonds, 31 multi-use fields, and three indoor sports facilities. “At the same time, we have a long way to go.”

“We lost 20% of Indiana restaurants through the COVID shutdowns and other business-related impacts, but our restaurant industry, particularly in the Indianapolis suburbs, is tremendously strong.”

Some restaurants in the suburbs, he adds, are having their best year ever, with new restaurants opening or existing locations “growing aggressively.”

Indianapolis, with a 2020 census population of 897,000, is the state’s largest city, with a median household income in 2019 of $48,031, and median age of 34.2 years. It’s a diverse city, with a hotbed of food retailer competition — major chains such as Kroger, Target, Meijer, Costco, Aldi, Trader Joe’s, Whole Food Markets, Giant Eagle and Save a Lot, as well as regional chains, independent grocers, and the International Marketplace, home to 50+ ethnic restaurants and more than 40 ethnic markets and specialty stores, including Saraga International Grocery, which has expanded to include locations in Ohio.

“Indianapolis is certainly a hotbed for retail competition, which puts a lot of business in our backyard and provides opportunity for growth,” says Rocky Ray, vice president at Indianapolis-based Ray & Mascari Inc., a privately owned family business that services retail and foodservice customers in the Midwest, East Coast and Southeast.

Yet there are 208,000 people living in food deserts in Indianapolis, and 10,500 households without a car that live in a “transit food desert,” with no grocery easily accessible by bus, according to 2020 data from the SAVI program at Indiana University-Purdue University Indianapolis.

In the produce supplier space, Indianapolis has transitioned from a terminal market to a broader, more consolidated supplier network that goes beyond the main city.

“Our terminal market kind of went by the wayside, and I think it’s just the dynamics of the business — the produce business has just grown so much that the terminal market just didn’t make sense,” Ray says. “People needed more room, and went out on their own. Wholesalers in Indianapolis now cover a much larger footprint than just here in the city.”

The consolidations include IF&P Foods, a private equity-backed family of produce and specialty food companies that includes Indianapolis Fruit and Indianapolis-based Piazza Produce and Specialty Foods, which distribute products throughout the Midwest to both the retail and foodservice segments. In addition to selling and distributing produce and specialty items to the retail and foodservice industries, the companies maintain in-house fresh cut processing and USDA fresh kitchen operations and include a fleet of over 340 refrigerated trucks servicing over 14 states in the Midwest and beyond from five facilities totaling over 225,000 square-feet of warehouse space.

Also in the space are companies like SpartanNash, which acquired Indy-based Caito Foods in 2017. SpartanNash, headquartered in Grand Rapids, MI, distributes grocery products to independent and chain retailers and through its corporate-owned retail stores, and also operates a fresh produce distribution network. Caito Foods, which retained its name and Indiana presence, partners with growers to provide conventional and organic fruits and vegetables to the marketplace.

Indianapolis is positioned for growth because suppliers can take advantage of their location — prime to growing areas as well as major population centers in all directions.

Ray says Indianapolis is unique from other cities because of its location and proximity to other larger markets. “Indianapolis is the crossroads of America — it has four major interstates (Interstates 65, 69, 70 and 74) that run through it, so access to other states is pretty easy.”

Being close to the growing area is an advantage, “and certainly puts us closer to local product, which has gained traction,” Ray adds. “We’ve really seen retailers jump on the local bandwagon, and foodservice as well.”

That local food movement continues to grow each year and is here to stay, says Fresh Encounter’s Rhodes. “Our customers are looking to support their communities and they are looking to us to do the same with purchasing more fresh produce or items that are processed locally. We promote what’s local every week in our ads and through our website.”

“We want to create an atmosphere in our stores promoting local, not just in produce, but the other perishable departments as well, along with center store,” he adds. “We promote local through our ads, our signage and build local displays. This is part of our mission: ‘Delight our Customers and Nourish our Communities.’”

Fresh Encounter’s Needler’s plays into that local trend in a big way, Rhodes says, because “local” is home for the independent retailer. “Not only do we buy local, but we are local.”

Locally grown produce is also sourced by a variety of institutions, says Janna Page, marketing and communications manager for Indiana Grown, the state local food branding program of the Indiana State Department of Agriculture, and you can find local food served in hospitals (Eskenazi Health) and school cafeterias (part of an effort by Indiana Grown for Schools Network).

Page adds that in Marion County (home to Indianapolis) alone, Indiana Grown has approximately 50 partner-members, including distributors, restaurants, hospitals and retailers who source locally, providing local growers with sales opportunities and marketing potential. Those partnerships between local distributors and growers yield more opportunities on both ends. Piazza Produce, for example, offers produce sourced within 250 miles of their Indianapolis facility, and buyers can find grower profiles and products on their website under “Piazza Local.”

When the pandemic forced many restaurant locations to close or shift to take-out only, roughly 215,000 Hoosiers were laid off in the foodservice industry, says IRLA’s Tamm, and things are just now slowly building back, albeit with smaller menus and, often, reduced hours.

But what he witnessed in the foodservice sector during the height of the lockdown were partners throughout the food chain finding creative ways to help restaurants weather the storm. “Suppliers are our banks,” he explains, “and they found creative solutions for a lot of restaurants that went through unbelievably tough times.”

Likewise, at Ray & Mascari, which serves both retailers and foodservice customers, Rocky Ray recalls how his retail customer Meijer reached out to him to see how it could help when the foodservice door closed, “what were we heavy on and what did we need to move.”

“I won’t forget that,” Ray says. “It just shows the integrity of their company and its people.”