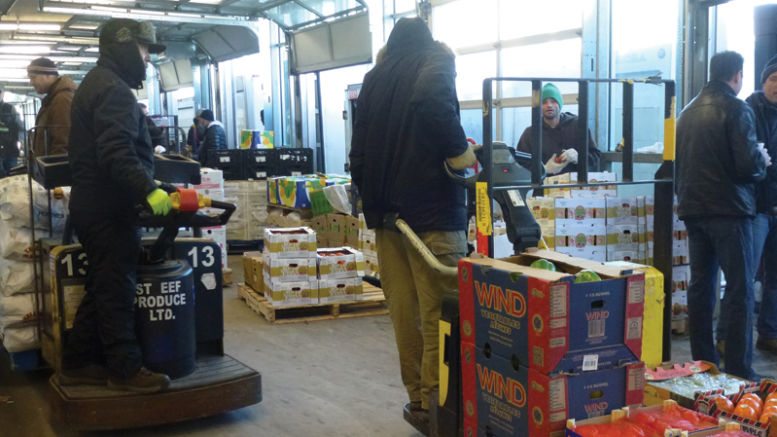 Wholesalers make a living at selling something healthful.

At 8 a.m., when much of the working world is driving through rush hour, Marcus Koornneef is near the end of his day. Monday through Friday, he joins his father, uncle and cousins at the Koornneef Produce Ltd. warehouse in Grimsby, Ontario at about 1:45 a.m., then drives to Toronto at 2:30 a.m., arriving at the Ontario Food Terminal (OFT) at 3:30 a.m. 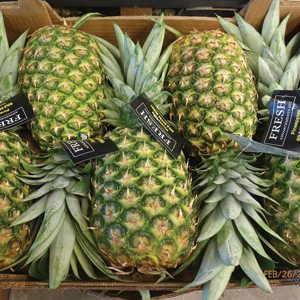 “For me, there is a certain level of honor in continuing the family business,” says Koornneef. “My grandfather and dad worked very hard. They are big shoes to fill, because when you look at the previous generations, you want to prove that the next generation can make the same contribution.”

Throughout the produce business in Toronto, an enduring and prevailing theme is family, many going back three or four generations — whether the last name is Bamford or Streef, Weinstein or Sarraino.

“Each generation puts a different spin on the business,” says Julian Sarraino, vice president of marketing and sales, who, along with his younger brother Christian, vice president of sourcing and procurement, is the fourth generation of a family business that has been involved in every aspect of the industry, from growing and importing to wholesale and retail. Their father, Sal, remains happily immersed in the daily grind at Fresh Taste Produce in the OFT. 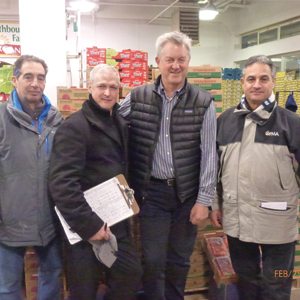 “You can’t hire someone to do what we do,” says Sal, who followed after his own father, Gus. “The Sarraino men put in the sweat, blood, passion and commitment. We take a lot of pride and joy in everything we do in this business.” “Toronto is a good market, a vibrant market,” says Steve Bamford, chief executive of Bamford Produce, who runs a company that has been at the OFT since 1954. The company offers services from farming and growing to packing and transportation. “We are trying to be as vertically integrated as possible.”

When the Canadian dollar fluctuates or bad winters in parts of the world create supply challenges, Marshall Smith knows he can come to the market and function with a support system from the buyers and sellers. “We are all connected; we are all partners,” says Smith, who is co-owner of Smith Markets in Sudbury, Ontario. Smith says he buys his berries from J.E. Russell Produce Ltd. at OFT, because company president, John Russell, consistently delivers quality. 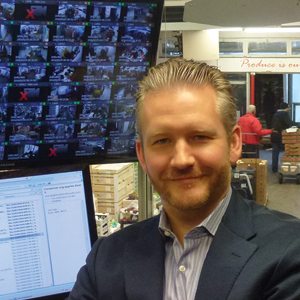 While Russell appreciates Smith’s loyalty, he knows that he has to remain dependable to keep that trust. “I can’t lower my guard. I always have to be at the top of my game. I have to earn his business every day,” says Russell.

“It is very important that we see as much product as possible before purchasing it to ensure that we are delivering the best product possible to our customers.”

Fresh Taste has one of the busiest stalls on the market, selling 150 varieties of produce. “We’ve been extremely fortunate,” says Julian Sarraino. “Because of what we learned from our father and grandfather, we have a level of experience beyond our years.” Vic Carnevale, who works with his kids at Veg-Pak, agrees. “My success is because of family. It’s the reason the business continues.” He came to Toronto from Italy in 1966 at age 18. “I had no family here, but Canada accepted all immigrants.” Over the years, he worked for a variety of produce retailers, working his way from produce clerk to produce manager and department supervisor. Today he owns Veg-Pak and sits on the board of the Toronto Wholesale Produce Association (TWPA). 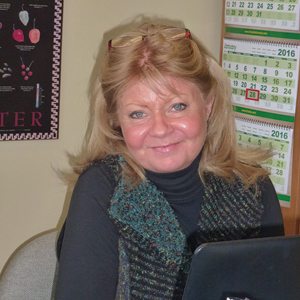 Wholesale Off The Market

About a mile off-market, Gus Bondi of Bondi Produce saw the need to expand the business to a new 42,000-square-foot facility down the street from his former one.

“We’ve been growing like crazy over the past four years. Five years ago, we had a fleet of seven trucks, today it’s 22,” says Ezio Bondi, Gus’s son. The business started with Gus’ father, Ignacio, selling produce out of the back of his station wagon in 1976. Gus Bondi attributes his success to many factors: family, staff and hard work. A big factor has been his involvement in Produce Alliance, a produce management company that offers fresh produce procurement and distribution services to foodservice clients across North America, the Caribbean and beyond. Bondi is the only full-fledge distributor in Ontario affiliated with Produce Alliance.

Another achievement for Bondi was securing Chef’s Plate (the Canadian version of Blue Apron) as a client. Instead of going to the store to buy groceries, Chef’s Plate — for which Bondi is the exclusive produce supplier — delivers everything needed to cook a meal at home.

Bondi sells a variety of fruits and vegetables, plus other items, such as eggs and oil, that customers requested. Gus Bondi says the hot trends are in citrus: Cara Cara oranges, Meyer lemons and Blood oranges.

Back at the OFT, Veg-Pak carries many unusual products, such as Indian bittermelon (also known as karela) and sunchoke. Each vendor has a different specialty item, says Carnevale. “The beauty of this place is that everyone brings in something different. There is not one day when I walk around the terminal that I don’t see something I hadn’t seen before.” 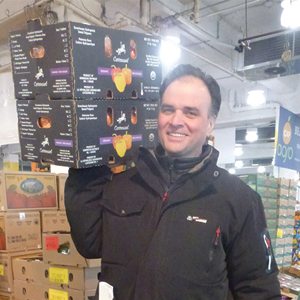 The OFT is the largest wholesale fruit and produce distribution center in Canada — the terminal is third in North America, after New York and Los Angeles — says Bruce Nicholas, manager of the OFT. The facility was established in 1954. Today it houses 100,000 square feet of cold storage, 50 office tenants, 500 farmers market stalls, and parking for 550 employees.

The produce team representing Longo’s grocery stores also visits the OFT six days a week, says Mimmo Franzone, director of produce and floral for the Ontario chain of 29 stores. “It is very important that we see as much product as possible before purchasing it to ensure that we are delivering the best product possible to our customers. As for anything we purchase direct, it’s all about building strong relationships with our partners and ensuring they understand what exactly our customers are looking for,” he says. 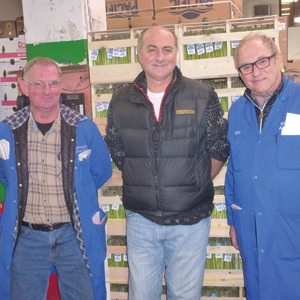 If a buyer or chef wants an item Veg-Pak doesn’t carry, Tony Dimitri, who handles sales, will check with one of the other 21 distributors in the horseshoe-shaped terminal. “We all try to help each other out on the market. We are all like family, these are great guys,” says Dimitri, who has worked for Veg-Pak for 10 years.

In July, Louie Collins will have been selling produce for Stronach & Sons at the Ontario Food Terminal for 43 years, and legend has it, he’s never missed a day. “He’s all personality and he’s a hard worker,” says his boss, Teddy Kurtz, president at Stronach. “Everyone loves Louie. Everyone trusts him, because he tells the truth.” 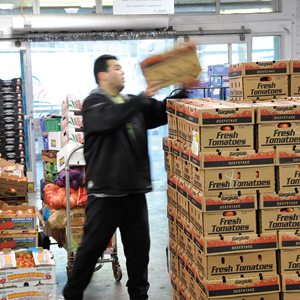 Camaraderie also comes from working together to help the community. The OFT vendors are involved outside of the terminal through donations to charitable organizations such as Food Share, Second Harvest and Daily Bread Food Bank. In an effort to reduce waste and supply food banks and meal programs, wholesalers donate food — produce that may not be attractive for display — that is still tasty and nutritious for eating or cooking.

“It’s all about relationship building,” says Jeff Hughes, president of Gambles Produce. “We respect and admire all the businesses on the market.”

Gambles Produce, which dates back to the late 1800s, supplies wholesale, retail and foodservice customers throughout eastern Canada.

The present day company was formed in 2002 through a merger of the former Gambles Produce and the Ontario Produce Company, says Sarah Burroughsford, who is Gambles’ sales and marketing coordinator. 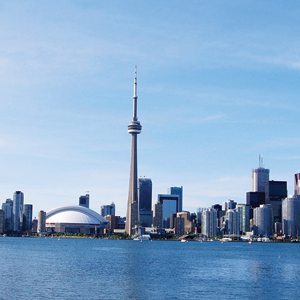 Here are facts and findings that make Toronto unique: