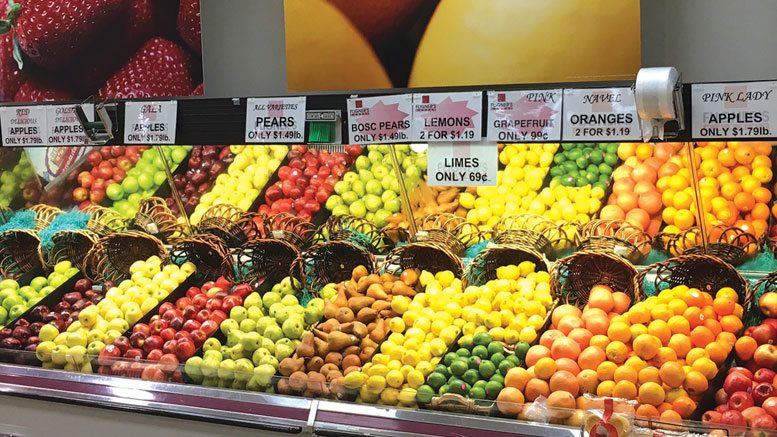 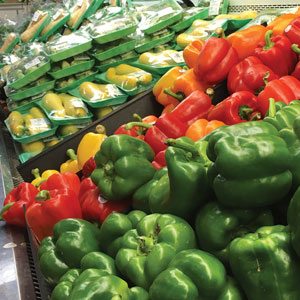 Ohio produce remains a critical part of the offerings of supermarkets throughout the Buckeye State. Stores keep their produce departments stocked with local produce as much as possible.

“When local first starts, shoppers are excited about the homegrown program (Ohio Proud),” says Gary Couch, owner of Al Couch Supermarket, a store in Hamilton, OH, in the southwest corner of the state north of Cincinnati. “Our customers are happy because we try to search out growers who do it in a small way. We find trucks to go wherever we need to get it.”

The store’s major demographic consists of retired blue collar factory workers and their offspring. Though there are other supermarket chains nearby, Couch says the store tries to feature produce items other stores don’t carry, including yellow meat watermelons. “I see the trend toward more fresh and to be closer to the grower,” says Couch.

Couch Supermarket doesn’t build large displays. “We try to keep it as simple as possible,” says Couch. “People want it to be fresh in the crates they’re delivered in. Our customers want it fresh, so they realize we have to load it more often. We can’t have product stacked on the rack for 10 days and be fresh. Every day we have something new and different coming in.” 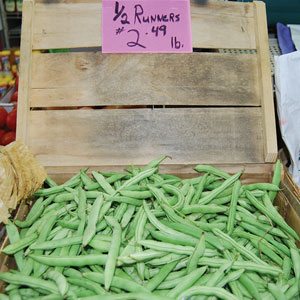 In northern Ohio, along Lake Erie west of Cleveland, sweet corn is a highly demanded local item at Fligner’s Supermarket in Lorain, OH. “Corn is our No. 1 item,” says Josh Buckey, produce manager. “Lots of our customers ask for it. They just love the homegrown corn. We sell a bin of corn a day, like 50 dozen ears.”

The store erects substantial corn displays. “We build nice big displays so the customers walk right into it,” says Buckey. “It generates a lot of excitement.” Other popular local items include bell peppers, green onions, tomatoes, squash and leafy greens, including collards, mustard and turnip greens.

“Our produce department is pretty big,” says Buckey. “We do a lot of business in produce. Next to the meat department, it’s the most important. It’s the first thing people see when they walk into the store.”

Each week five to six trucks deliver produce. The store receives much of its produce from a Cleveland wholesaler, Broadway Joe Produce in Cleveland. Major chains are within 10 miles, but shoppers enjoy visiting the store’s meat counter and produce department, says Buckey. Fligner’s serves a wide demographic, including Mexicans and Puerto Ricans. The store carries many products those cultures demand that they can’t find in other stores, he says.

Merchandising Ohio Proud produce provides many benefits. “It helps your store stand-out,” says Buckey. “Many of the big places don’t even deal with local. A lot of the customers like to know the produce is coming from this area. Interest will continue to grow.”

Read how other state departments of agriculture amp up brand marketing.