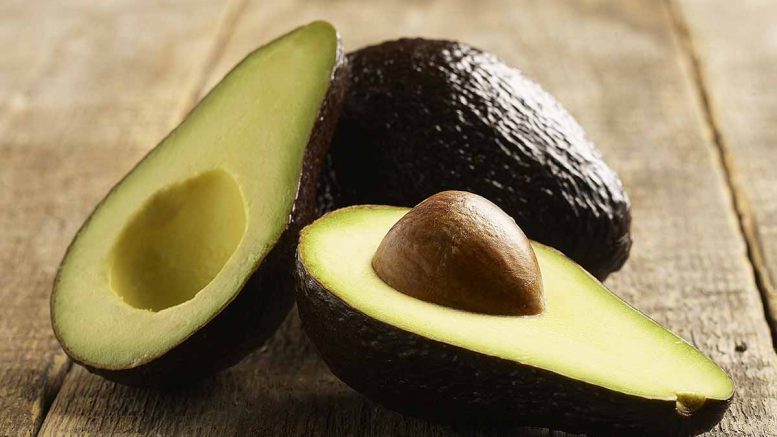 South American supply is a leading source of product for European Union and United States.

When the United States opened its doors to Peruvian avocado imports without cold treatment in 2011, it marked a turning point for one of the hottest items in produce.

Volatile supply and market gaps have the potential to stunt a category’s growth, and as has happened in recent years, there’s nothing like a shortage of the ‘green gold’ to spark fears about this unwittingly hipster crop.

Gahl Crane, sales director at Eco Farms Avocados in Temecula, CA, says Peru has been a very important supplier and partner for the North American market over the past six years, with solid growth.

“It comes at a very critical time when demand is generally higher because you have warmer months, and Mexico is generally at their lowest time of production,” he says. “It fills an important window. Certainly, for our company, it’s a pillar of our supply program.”

His views are echoed by Denise Junqueiro, director of marketing at Mission Produce in Oxnard, CA.

“Retailers are enjoying the ability to have an increased fruit supply during those summer months,” she says. “Consumption has grown, and supply has a need to keep up. Peru has provided the ability to service that demand.”

Crane says Mexico and California used to be the only avocado sources available from June to August, before the Chilean season kicked off in September.

“A lot of times you saw particularly high prices and less promotable volume during those months, but Peru has allowed many retailers to promote longer, knowing they have a second option and sometimes a third option,” says Crane. “Overall, I think it’s going to be an upward trajectory, but like many growing areas, the trees are alternate-bearing.”

And 2019 is an off year for many avocado-growing regions, including Peru, California and South Africa, according to Xavier Equihua, chief executive of the Peruvian Avocado Commission in Washington, DC.

“Peru will ship more than 60 percent of its exports to the EU this year, followed by the United States, which should receive anywhere between 160 million to 180 million, or even up to 200 million [pounds],” says Equihua. “This, of course, will be determined by market conditions.”

Peru is the leading avocado supplier for the fast-growing European market, but long ago the industry recognized a need to find new market outlets for its aggressively expanding plantings.

“With the demand continuing to grow in North America, Peru knew it could capitalize on the opportunity and help meet that demand with its growing supply,” says Jim Donovan, senior vice president of global sourcing of Mission Produce. “Peru will continue to grow as a source, but in the future, we will potentially see the trajectory of demand come from the Asian countries.”

“While we already export to various parts of the world, with major customers on all five continents, we have been focused on developing the new Asian markets — China, Japan, India and soon, South Korea — as well as increasing our participation in the North American markets,” he says. “We expect to continue to increase our participation in these markets in 2019.”

Crane of Eco Farms says Peru has tended to have larger-sized fruit than other origins, but the supply deal is now getting more in line with market demand.

“Especially in the first few years that was very evident, but it appears the majority of growers are starting to have a more normal-sized curve with more balanced sizes, and I think that’s going to be beneficial for them for sure,” he says.

Equihua of the Peruvian Avocado Commission says, however, that not all Peruvian fruit is big and will have a good mix of sizes.

“Sizes vary depending on the retailer and market conditions. For example, Costco prefers large fruit, as do Texan retailers,” he says.

Mission Produce’s Junqueiro says Peruvian fruit is slightly different than other origins from a skin perspective, but not in terms of quality.

“Peru has a thicker, bumpier skin due to climate conditions,” she says. “Dry matter is always a matter of seasonality, not origin, which is a misconception by most. Early-season fruit from any source tends to have lower dry matter. As the season increases, so does the dry matter.”

Camet supports this view and notes there should be no differences in the taste of Peruvian avocados compared with other origins.

“Regarding color, Hass avocados from Peru tend to ripen with a purple coloration,” he says.

Mission Produce’s Junqueiro says most Peruvian avocados arrive on the East Coast of the United States, with the West Coast still having a strong appetite for California and Mexican fruit.

Her colleague, Donovan, says any expansion of the Panama Canal and new ports in Peru will have a positive impact on business, but in reality, success has more to do with demand driven by the popularity of avocados.

Eco Farms’ Crane says Mexico’s proximity to the Southern Border states gives it a logistical advantage there and in the Midwest, but the growth of Peruvian avocados into new U.S. markets is still happening “slowly and steadily.”

“But I think a lot of it has to do with timing and sizes, and if Peru starts to have a more normal size curve with the 48s and 60s, kind of the core sizes, that’s going to bring additional opportunities in those markets,” he says.

“If you start scratching beyond the surface, you will see avocados from Peru not only on the East Coast but also in the Midwest, the South, the Southwest and even in the West,” says Equihua. “Just last year, Costco for weeks only carried Peruvian fruit in California, and this year we’re going to see the same thing because of the California off-year,” he says.

He says retailers will have access to the Avocados from Peru toolkit that includes classic marketing ideas such as POS, demos, radio, and all kinds of media including wrap buses, but there also will be “inspirational events” in parallel to put avocados in a different light.

“People always think the largest consumption date is Super Bowl Sunday, but in reality, at the same level you have the Fourth of July that can at times be even bigger for avocado consumption,” he says. “What we like to do is what we call experiential marketing; we create experiences to create PR.”

Some new forays in 2019 include the inaugural World Avocado Cup Regatta, backed by the World Avocado Organization (WAO), which is also led by Equihua; a sponsoring of the inaugural Michelin Guide in California in conjunction with the WAO and the California Avocado Commission; a four-month June-to-September collaboration with the New York Jets; and a media partnership with Fox Network for the FIFA Women’s World Cup.

“The purpose of all these PR activities is to complement and amplify the programs that will be activated with our 2019 retail trade partners,” he says.

Camet Trading, a subsidiary of multinational Westfalia Fruit International, South Africa, that is based in Lima, Peru, continues to develop commercial orchards with its associate producers, providing them with plants, fertilizers and technical assistance year-round.

“Following this strategy, we are currently developing 200 hectares in 2019, and we plan to increase this to 300 hectares from 2020 onwards,” Enrique Camet, managing director of Camet. “We think Peru will continue to plant 1,000 to 1,500 hectares per year in the coming years.”

Camet emphasizes the importance of lifting supply during the front and tail ends of the Peruvian avocado season from April to August.

“What is needed is to plant new varieties in new areas to expand this window in the early stage from February to March, and for the later harvest from September to October,” he says.

Jim Donovan, senior vice president of global sourcing of Mission Produce, says his company is currently working on new planting of another 1,300 hectares of avocados in Peru.

There is likely more planting to come, thanks to the Olmos mega-irrigation project in northern Peru, which is turning an arid region into an agricultural power by channeling water through a tunnel under the Andes Mountain range. “Olmos is the latest project and is continuing to be planted out with various crops, one of which is avocados,” says Donovan. “Like others, Mission has purchased undeveloped land and turned it into avocado, mango and blueberry farms.”

This feat of engineering was built by Brazilian multinational Odebrecht, which is at the center of Brazil’s ‘Car Wash’ scandal and has come under fire for the payment of bribes to four Peruvian ex-presidents.

To date, investigations in Peru have focused on the Southern Interoceanic Highway and Lima Metro Line 1 projects, and Olmos does not appear to be affected, apart from protests last year in relation to a separate issue; the construction of a new city.

Meanwhile, agribusinesses are anticipating similar hydro-infrastructure works for future growth, such as an expansion of the Chavimochic project that opened up the Trujillo region for asparagus farms in the 1990s, as well as Majes-Siguas II in Peru’s southern region.

“There are a lot of new plantings in Peru — a lot of trees that are only two to four years old that are going to start having higher yields,” notes Gahl Crane, sales director at Eco Farms Avocados in Temecula, CA.