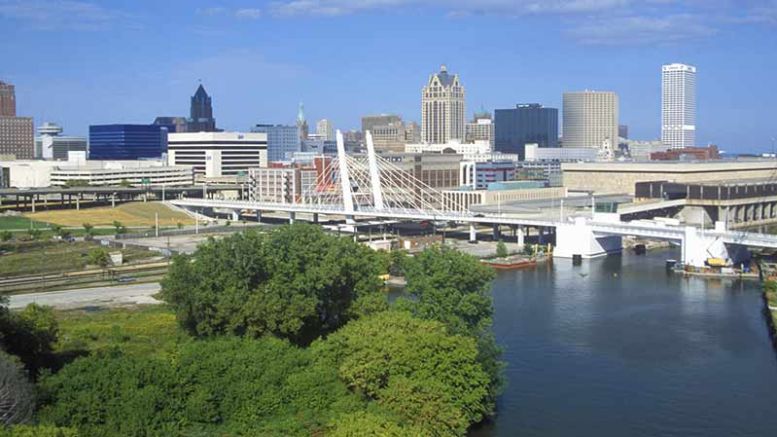 On the western shore of Lake Michigan, two hours south of Green Bay and an hour and a half east of the state capitol of Madison, you’ll find the city of Milwaukee, WI. Milwaukee is uniquely positioned to take advantage of the best of both urban and rural environments. There’s the natural beauty of Door County three hours north and the vast expanse of the Great Lake on the city’s eastern doorstep. Milwaukee is also home to many attractions such as the Milwaukee Art Museum and Milwaukee County Zoo. The city is the host of the annual Wisconsin State Fair as well as one of the largest music festivals in the world, SummerFest, which attracts nearly 1 million people annually.

Milwaukeeans love their sports teams too.NBA’s Bucks and MLB’s Brewers play in town, and the NFL’s Packers, just up the road in Green Bay, are revered among “Sconies,” or Cheeseheads as they are also known.

Milwaukee is known as Brew Town. Its history with beer goes as deep as its German roots. Today Milwaukee is home to both small and independent breweries as well as one of the largest breweries in the country, the joint venture of MillerCoors. According to the Chain Store Guide’s 2015 “Market Share” data, the population for Milwaukee, Ozaukee, Washington and Waukesha counties totals close to 1.6 million. The average household income for these cities is about $74,000 per year, and 5 percent of that household income is devoted to food and beverage. Drug store outlets are most prominent in the area with a total of 252 stores, and supermarkets are next in line with 164 retailers, followed by dollar stores (74) and mass merchandisers (44).

Local is good, of course, but in a global economy, with a diverse population and changing tastes, consumers want mangos and avocados in addition to sweet corn and potatoes. Milwaukee has a reach from coast to coast and south to buyers in McAllen, TX, where the city’s wholesalers source fresh produce and bring it to retail and foodservice locations throughout Milwaukee County and beyond. The city’s close proximity to Chicago (which is less than two hours south) further bolsters its ability to source in-demand commodities year-round.

Milwaukee’s Wholesalers Have Deep Roots in the City

Family Businesses Can Trace Origins Back Many Generations 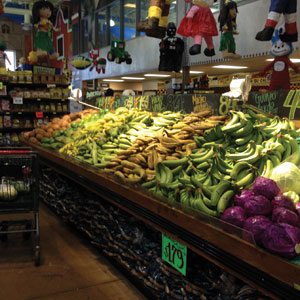 Maglio Companies in Glendale, WI, has a story similar to many other companies in Milwaukee’s wholesale produce business. Company president Sam Maglio Jr. tells the story, “In 1902, my great grandfather came from Sicily and landed in Chicago with my grandfather. Great Grandpa had a pushcart and Grandpa had a truck. Dad went off to WWI, came back and went to work for a produce company on the market.” As his father’s friends also returned from the war they got their own trucks and Sam’s father provided the warehouse for them. Sam attributes the success of Maglio Companies since then to a very simple concept, “Focus on what you know, and don’t try to be everything to everybody.”

Maglio’s recently developed packaging for fresh-cut watermelon prevents melon slices from breaking in transit and from leaking in the store. Maglio came up with the idea after a trip with his son to Florida. He had an encounter with a dripping watermelon slice at a convenience store and that sparked the idea for a more protective bag. Maglio’s has also recently constructed 11 hoop houses behind its Glendale facility to offer customers locally grown kale and tomatoes. “If you don’t listen to your customers, you’re foolish,” says Maglio. “They’re going to tell you what they want.”

Garden-Fresh Foods is another Milwaukee-based company with an established presence in town. Started in 1978 by husband and wife team, Tom and Vicki Hughes, the company now occupies a 170,000-square-foot facility with more than 100 employees and has seen the second generation enter the business.

Sales director Jim Gawronski attributes the success of Garden-Fresh to the quality of their products, which has always included the freshest produce available. “One of the biggest attributes to our product line is we follow the crop throughout the country ensuring the freshest product. Nothing we bring in is ever frozen.” 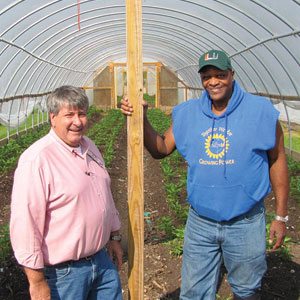 (L-R) Sam Maglio, Jr. of Maglio Companies and Will Allen of the national nonprofit, Growing Power

Garden-Fresh Foods offers a line of fresh salad kits as well as potato-based and cabbage-based salads and coleslaws. Developing new products is not without difficulties, however, as Gawronski explains, “One of the retail challenges of course is competition, but the bigger one is how we lure in the Millennial?”

Every business wants to attract this younger demographic, and Garden-Fresh is no exception. “That’s a big task for us right now. We’re in the process of understanding Millennials’ purchasing habits and flavor trends for regions around the country and developing products around that information, so we can start luring in new customers.”

Kleen Pak Foods is a family-owned and -operated outfit on Milwaukee’s south side. The company focuses on two commodities: onions and spinach, which it supplies to retailers throughout the area. Kleen Pak sources Wisconsin produce when possible, but the company also relies on growers in Idaho, Washington, Texas and Colorado.

Kleen Pak’s clientele includes area retailers like Pick ‘N Save, Roundy’s Supermarkets, Piggly Wiggly and Sendik’s Food Market, but the company serves Chicago as well. Two trucks are available for deliveries, which mostly service smaller independent retailers. “It’s all supply and demand,” says Jerry Kowaleski, president at Kleen Pak Foods about Milwaukee’s challenges. “There are less and less growers. Truck rates have eased off a bit, but it’s not what you’d expect. Fuel is maybe half price of what it was a couple years ago. It helps, but fuel is something you absorb.”

El Rey’s origin traces back to 1960 when Octavio Villarreal emigrated from Mexico with his son Heriberto. His son Ernesto and the rest of the family followed in 1964, and the family has called Milwaukee home ever since.

Octavio opened a corner grocery store to serve the growing Hispanic population. In 1978, Ernesto and Heriberto opened a larger retail space on Milwaukee’s south side. They now have four retail locations and a production facility for tortillas as well as prepackage and private label solutions. Three of the four stores feature a Taco Loco taqueria where they also sell fresh juice and smoothies.

“I can buy a lot of things direct,” says Ernesto, “but when it gets here, it’s not so good. You want good quality. You don’t want to deal with a bad product.” Tropicals and other fruit sell well in Hispanic markets, says Ernesto. “Mango is one of the biggest items. We always do well with avocados and watermelons. In the summer that’s the best varieties; the summer has the best flavors.” El Rey sources and distributes produce from Florida and Texas as well as locally in the summer for its own stores and other produce outlets. 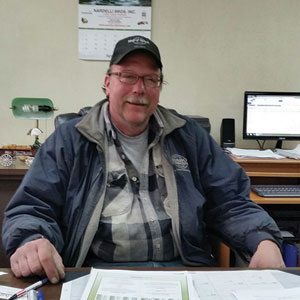 Jennaro Brothers is a family-owned wholesaler that got its start on Commission Row (a section of the Third Ward established in the early 1900s that was home to various wholesale grocers). “We moved to our current location on the north side of the city about ten years ago,” says Joe Jennaro. He is the fourth generation in the business and wear many hats in the company. Like the rest of the family, Joe does everything and anything required of him from the time the doors open in the morning until they’re locked at night.

The company provides the southeastern Wisconsin area with a large list of produce. “We carry everything,” says Joe. “Bananas and berries are the number one thing we’re known for, but we do carry just about every fruit and vegetable you can imagine.” Joe has good relationships with local retailers like Sendik’s but serves the larger chain stores as well, “No one’s too big, no one’s to small,” he says. “We’re a fruit house predominantly, but we evolved over the years into full-line everything,” says Anthony Jennaro. Anthony is a third generation owner and Joe’s father.

Anthony explains the history of the company and how it’s been passed on over the years. “My great grandfather was a door-to-door fruit peddler and his son, my grandfather, took over. At that time it was a horse and wagon, which lead to a truck. Then my uncles bought a warehouse, and my father took that over, and then I took over, and now my son is taking over.” The wholesale business still provides value even though Milwaukee faces competition from Minneapolis, Cincinnati and St. Louis. “Your competition isn’t next door to you anymore,” says Anthony. “It’s hundreds of miles away. ” This has inspired many wholesalers to expand their range and seek business further from their respective cities.

PWPM: Serving a City of Neighborhoods