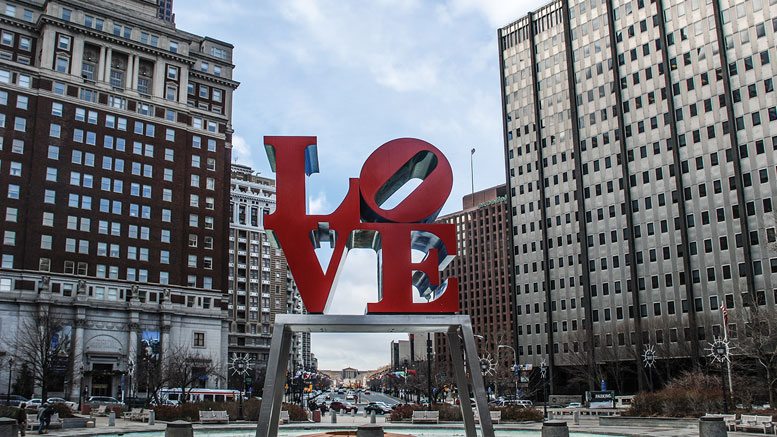 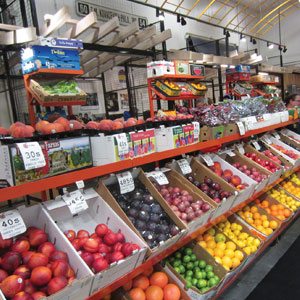 Despite a challenging and prickly economic climate for the past 10 years, Philadelphia continues to experience revitalization in its neighborhoods and food businesses. All systems are go, and that extends to the ever-growing and robust produce industry.

“Philadelphia as a city is doing very well,” says Tom Kovacevich, general manager at T.M. Kovacevich (TMK), Philadelphia, located on the Philadelphia Wholesale Produce Market (PWPM). “Philly has a growing regional population of 6 million and a business community doing more than $400 billion in revenue. Take a walk around Rittenhouse Square, East Passyunk Avenue, Old City, Fairmount or Fishtown, and you will find a city alive like never before. The restaurant scene feeds a vibrant residential and business climate.”

The Greater Philadelphia area’s 6 million people, according to the U.S. Census Bureau, supports a competitive and diverse food retail climate. Acme Market and Giant Foodstores, the two retail leaders of the area, hold a 17 percent and 15.6 percent market share, respectively, according to Chain Store Guide. Wal-Mart enjoys third place with 8.6 percent and Wegmans follows with 6.2 percent. After those come other expected retailers all claiming a percentage of market share, including Costco, BJ’s, Target, Aldi, Sam’s Club, Whole Foods and Trader Joe’s.

However, Philly’s retail market includes a host of other successful independents and rising players, including Brown’s ShopRite, Zallie ShopRite, Redner’s Warehouse Market, Save-a-Lot, Weis Markets, The Fresh Grocer, Dollar Tree, Dollar General and HMart, among others. In fact, these independent and non-traditional retailers combined represent more than 22 percent of market share. This diverse retail climate is a reflection of the area’s diversity of neighborhoods and demographics.

Philadelphia has long been considered a city of vibrant neighborhoods. The recent rejuvenation of many of these historic areas is paving the way for increased business in the produce arena. According to the Encyclopedia of Greater Philadelphia, referencing Philadelphia as “The City of Neighborhoods” is consistent with the city’s track record of defining itself through its residential character.

“These diverse neighborhoods yield businesses meeting specific demographic needs,” says Mike Maxwell, president of Procacci Brothers Sales Corp., also located on the PWPM. “They invest money in new storefronts, and new restaurants cater to those customers; and this revitalizes the city and our produce business.”

Filindo Colace, vice president of operations for Ryeco, says Philadelphia’s diversity represents a true cross-section of the country. “When I was a kid, there was the Irish section, the Polish section, the Italian section… but now our ethnicity and culture encompasses many more groups, including African-American, Indian, Asian, Latino, African, Russian and a large Jewish population, as well as generational diversity,” he says. “Philly has always been a city of neighborhoods, and that aspect just continues to grow.”

A key Philly growth segment has been trending for quite some time now, notably the heightened influx of a wide variety of ethnicities. According to the 2010 census, Philadelphia’s population makeup is 13.6 percent Latino, 7.6 percent Asian, 2.4 percent mixed race, 2.3 percent from other races and .8 percent Native American.

“We find continued opportunity in the age-old trend of wide ethnic diversity,” says Mark Levin, chief executive at M. Levin & Co., Philadelphia. “Whether Hispanic, African, Asian or Russian, diversity has become more prevalent, and we are seeing a greater number of different ethnicities. As neighborhoods continue to diversify, we see corner stores and Mom & Pop operations picking up even more.”

Various ethnic-specific neighborhoods give rise to targeted stores, reportedly excellent produce buyers. “These types of smaller stores shop the market every day and do more old-school buying,” says Levin. “They are more in-tune to the individual neighborhoods than bigger supermarkets. They can react quickly to neighborhood needs and to market deals and opportunities. The reaction time of these smaller independent stores is much faster, and that’s where these guys do a great job with produce.”

Colace says Philly’s diverse ethnic demographic creates a significant produce pull from its consumers. “All these diverse neighborhoods and cultures are strong consumers of produce,” he says. “Philly’s diversity affects not only the volume of produce we sell, but also the variety.”

The influx of customers from various countries has led to a greater increase in demand for tropical and exotic produce, according to Javier Alvarado, director of sales and purchasing for Procacci. “This is what the market is becoming — a lot of people from different countries, cultures and backgrounds coming into the market and looking for products they need to prepare authentic cuisine from their home countries,” he says.

In recent years, Philadelphia has experienced a shift in its age profile reflecting an increase in Millennial and Generation Z age groups. The 2010 census reported the 18- to 25-year-old group represented 13.3 percent of the city’s population and the 25- to 44-year-old group represented 28.5 percent. The settlement of these hipsters and Millennials in renewing urban neighborhoods is another significant driver of produce trends in Philly.

“There is a lot of opportunity in neighborhoods where we see gentrification,” says John Vena, president of John Vena Inc. “We see retail interest not only from typical local start-ups, but also from national banners such as Whole Foods and Mom’s Organic Market. In May 2017, the Philadelphia Inquirer reported natural grocer Sprouts Farmers Market will open two stores.”

John Hickey, managing partner at Coosemans Philadelphia, on the PWPM, attributes the increasing popularity and growth of independent grocers to college kids, Millennials and urban consumers frequenting these stores as opposed to the big chains. “We see an increase in corner stores and in the business they’re doing,” he says.

Emily Kohlhas, marketing and business development manager for Vena, reports store models such as Riverwards Produce Market in Fishtown are increasingly popular with local residents. “The idea of small format, high-quality stores such as Riverwards, BFresh Market or Sprouts Farmers Market fit with the values and lifestyle of many city residents,” she says.

John Durante, president of Nardella Inc. agrees. “It’s about convenience,” he says. “Both the ethnic/immigrant communities and the hipster communities are shopping daily for what they’re cooking that night. The suburban customers still tend to do weekly shopping, but there is a definite continuing trend in the city to support smaller neighborhood stores.”

As consumers search for convenience, Todd Penza, salesman with Pinto Brothers Inc., on the PWPM, anticipates meal delivery services will also continue to grow. “They present great opportunities for wholesalers because they look for the freshest and best quality to fill their boxes,” he says. “We choose from many options to ensure they receive the right quality and specifications they require.”

While small niche retailers are not new, John DiFeliciantonio, owner of North American Produce Co. (NAPCO), Philadelphia, sees more of them operating at a higher standard. “These stores now seemingly have a better understanding of the business and are committed to growing,” he says. “They are developing relationships not only with operators here at the market, but also with growers in the area. From what I see in their stores, they are offering a fresh, wide variety of beautiful produce.” 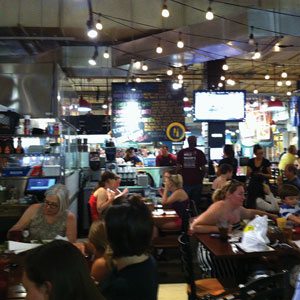 In response to the increasing diversity of the marketplace, Vena reports many PWPM merchants handle a larger variety of items. “It’s more competition, but competition is OK — it should make us all stronger,” he says. “That’s good in general for attracting business to the market, as customers know there are competitive sources.”

The obvious effect of the ethnic demographic is increasing variety of exotic and tropical items. “Our volume is expanding in product mix as we add items to cater to Indian, Hispanic or Jamaican customers,” says Levin. “There is always a new item someone asks about, and we’re happy to try it.”

As a response to the increasing demand for ethnic and tropical items, Procacci has developed the Feliz label, a special branding program. “We brand various tropical products and work closely with specific growers and shippers to pack according to our specs and quality, all under our Feliz brand,” says Alvarado.

The company says the Feliz label allows retailers greater confidence in the quality of the product. “It is much easier to handle Feliz product at the store level,” says Alvarado. “We take the time to ensure all products are labeled with correct PLUs and meet specific quality standards. Stores looking for these tropical items no longer have to deal with getting lesser quality or having no or wrong PLUs. We’ve received great feedback from retailers purchasing this label.”

To help cultivate new consumers of specialties, John Vena Inc. actively promotes an extensive range of products to its customer base, highlighting new items and asking how customers want specific items presented. “We’ve been developing capabilities in packaging to be able to offer pre-packaged product in our specialties,” says Kohlhas. “A lot of the items we push may have a low level of exposure to certain retailers’ clientele, so there is a level of necessary education. Our packaging works to help educate and tell the story of the product.”

Vena reports increasing opportunity in product variety, even among conventional supermarkets. “We find retailers are increasingly interested in more and more items,” he says. “The typical supermarkets might not have considered rambutan or lychee in the past, but as we find ways to help them understand and manage these items, they are more willing to carry them.”

Some of this interest stems from more adventurous, younger consumers, according to Coosemans’ Hickey. “The younger generations have more wide-ranging palates,” he says. “They ask for more diverse items that don’t necessarily sync with their ethnic or cultural background.”

Carlos Rodriguez, director of sales for Procacci Brothers, credits both the growing Hispanic population and non-Hispanic foodies for the increasing demand of tropicals. “Many non-Hispanic consumers are adapting to new foods,” he says. “These are experience-seekers who want to try dragon fruit, yucca or other exotic products. Procacci started handling dragon fruit a few years ago and now we’re moving pallets of it. The big chain stores realize there is a good opportunity to reach out to ethnic customers and use this to segue to the more mainstream market.”

Diversity in the marketplace also stimulates growth in local and organic. Though the core items at Klinghoffer Brothers, Philadelphia, has remained the same, Fadi Abi-Khattar, president, says the company continues to add new items. “We see increasing demand and interest for local products, especially in our summer months,” he says. “During summer, local is very visible because of roadside stands and farmers markets — that helps push demand for local in stores.”

Ryeco’s Colace sees younger consumers driving the organic business. “Younger consumers are more conscious of how their food is prepared and eating healthy than were previous generations,” he says. “They are more prone to purchasing organic or other values-driven options.”

The organic category is a mainstay, according to Procacci’s Maxwell. “The organic business is alive and well; it’s a main component and huge growth driver of our business,” he says. “We see the big shippers embracing it more and more, and driving a lot of the cost out.”

Rick Feighery, vice president of sales for Procacci, reports seeing an upswing in overall organic consumption, as well as in the mix of organic commodities buyers are seeking. “We see usage increasing not just among younger consumers, but among all demographic segments and age groups,” he says.

Procacci’s biggest organic shift is on the growing side. “We’ve expanded acreage for cucumbers, peppers, and green and yellow squash, along with our tomato program,” says Feighery. “To increase our portfolio on the growing side just makes the whole organic segment stronger for us.”

On the demand side, Feighery attributes part of the reason for the company’s growth to its ability to adapt to customer demands, especially in organics. “As our customer needs change to demand more organics within this category, customers have very specific requirements,” he says. “We must adapt and meet those various needs.”