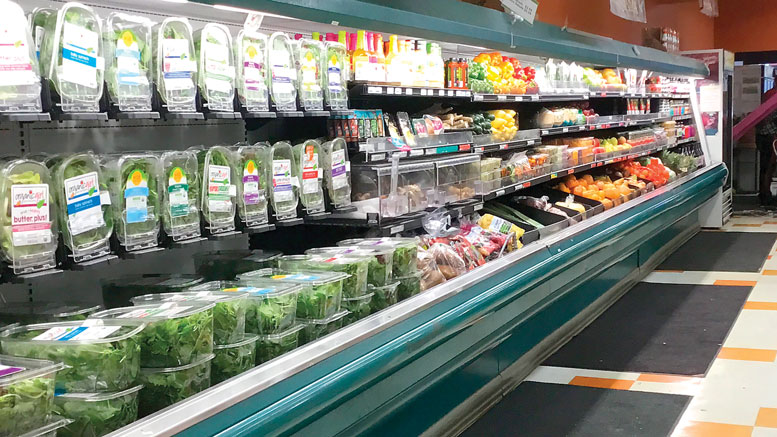 Originally printed in the February 2021 issue of Produce Business.

Since 1974, Sevananda has been Atlanta’s “local community coop.” The store markets itself as Atlanta’s first and one of the city’s few natural food cooperatives. “Being a coop is important because of the core values we have,” says Keene Shipmon, produce manager. “Sticking to your guns and staying your course is important. Our model has been copied and refined to fit into other stores.”

Sevananda is in the Little Five Points district, considered one of Atlanta’s hippest neighborhoods, northeast of Atlanta’s downtown.

Almost all of the coop’s produce offerings are organic. Through produce, Sevananda promotes sustainability. “If things are done right, produce is a point of pride,” says Shipmon. “Produce is unknowingly and knowingly the centerpiece, what people see when they come to the store. From a business and marketing standpoint, produce is something that is sellable, looks good and something people buy with their eyes.”

Produce is critical to Sevananda’s sales. “If there were a set of rules about organic grocery stores, one rule would be your produce department tells a lot to new customers,” says Shipmon. “Produce is the barometer people measure most of their shopping from. When they go into your store, they see how well your produce looks. It gives them an understanding, especially if they’re new to your store, and shows them the bigger picture.”

The produce aisle consists of dry tables with a refrigerated display case. The department also features a watermelon bin. “Other grocery stores have organic departments or areas that are smaller than the rest of the produce department,” says Shipmon. “Compared to most other stores, we are like a wall, a section of most big stores.”

UNFI’s Albert’s Organics and FreshPoint are Sevananda’s major suppliers. It also sources from growers who grow within a 200-mile radius of Atlanta. Local farms supply a variety of items, including mushrooms, sprouts and hydroponic lettuce produced by college students. The Common Market, a hub for local farms, supplies a number of items as well, including watermelons.

“With local, we are immensely reducing the distance traveled for your fruit,” says Shipmon. “We want to keep the soil around us, around this city and surrounding metro area more rich and viable because we are able to do more business and the farmers have a place to sell their goods.”

Local sourcing can present issues. “The challenge of the local deliveries is the availability,” says Shipmon. Local farmers produce one to two crops, then move onto something else. When they offer something Shipmon can use, he purchases it. “Sometimes it has a little price hit on it,” he says. “We merge into what we have and let the markups and other things take care of that on the other end, so we don’t make local product unaffordable for our customers.”

Shoppers look for local. “Local is a good selling point to have,” says Shipmon. “It supports a lifestyle. Many people don’t want their goods coming from so far away because of different handling. They know it’s not fresh. They understand the economic ramifications for our society.”

The local label possesses value. “If shoppers have a choice between organic and non-organic, and the price range wasn’t crazy, they would go organic,” explains Shipmon. “The same with local. It automatically gives more value to what they’re buying.”

Unlike other stores which utilize warehouses to distribute commodities, Sevananda sources items, like bananas, when it can. “It’s a balancing act,” explains Shipmon. “From the outside looking in, it looks like it’s free-wheeling here. For the most part, however, it’s a dance because of the vendors who support us with the products we need.”

The store’s merchandising strategy focuses on quality. That is accomplished through culling and making displays look beautiful. “It’s that old way of making displays that’s important,” says Shipmon. “It’s a craft. It’s a hands-on thing, telling the team to let the item speak to them. Ideally, we want people to come in and say ‘wow, this is great’. We want them to be overwhelmed how the whole picture looks.”

Sevananda’s produce department is about 1/16th of a typical larger grocery’s organic department, a relatively small department. “The only difference between us and the larger retailers is that we’re really big on merchandising and keeping displays in optimum rotation,” says Shipmon.
“If we are very tight on the floor, we will have a steady stream of constant nit-picking and adjusting displays that will make sure we have a healthy stock in the back, meaning we’re not overstocked or understocked.

Everything has to be fluid when receiving and going to the floor. It’s like being at a florist. Everything is an arrangement. It’s not just things on the shelves.”

When someone touches something in a display and walks away from it, a produce merchandiser wants others to admire his or her display craft. Many with little produce experience consider it only plants and easy to handle. “It’s a lot of work,” says Shipmon. “You have to have a great vision and pride in your work.”

In the mid-1970s, the Ananda Marga Hindu socio-spiritual organization and yoga society wanted to invest in the Little Five Points area. The group started Sevananda, which in Sanskrit means “the joy of service.”

“Though it evolves, the Little Five Points area has always been cool,” says Shipmon. “Atlanta is always on the verge of becoming something. What that means is it will be the next big this. Sevananda has been at the vanguard of this industry and has maintained our direction and path unwavering since the seventies.”