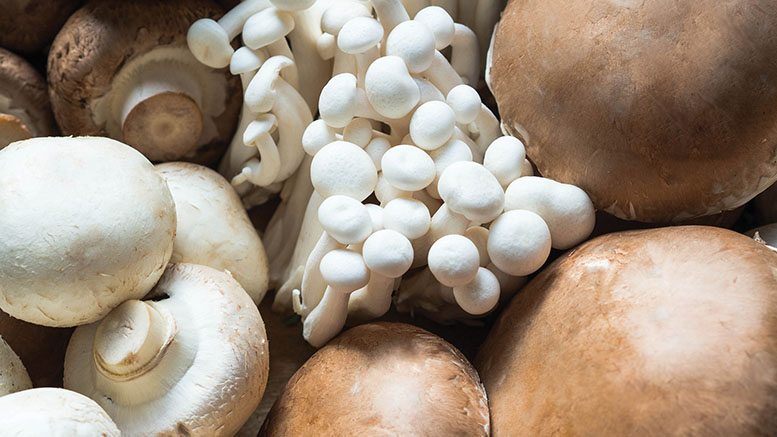 Mushrooms, long a staple in Asian cultures, continue to grow in popularity in the West. They are easy to grow and come in many varieties, each unique in uses and tastes, making them appeal to a growing health-conscious population seeking ways to add the nutritious fungi to their diets.

In 2016, according to the Redwood Shores, CA-based Mushroom Council, U.S. growers harvested one billion pounds of mushrooms; even so, farmers are having a difficult time keeping up with buyer demand, which means mushrooms are also imported from Canada and Mexico. Although some studies indicate the typical mushroom consumer tends to have a higher income and is better educated, mushroom sales continue to grow steadily among all consumers.

The reasons are as varied as the diversity of the consumers purchasing them. These include the interesting texture and taste, particularly among specialty and organic mushrooms; the desire for healthier eating; the use as a blended ingredient in recipes, including meat dishes; as a medicinal food or the perceived idea mushrooms have medicinal qualities; as the star focus on a plate; and as a meat alternative in vegetarian meals.

“It’s more about lifestyles and choices,” says Mike O’Brien, vice president of sales and marketing at Monterey Mushrooms of Watsonville, CA. “The mushroom consumer likes to cook and tends to be more focused on health and wellness. That’s where mushrooms come in — flavor plus nutritional value. Mushrooms happen to be one of those lucky foods that take on a broth-like or meaty flavor.”

The consumer trend for more holistic living doesn’t appear to be slowing down. And as this demand for natural, healthier meal options and food alternatives continues to grow, so will mushrooms’ popularity. “Expect to see them as one of the main food trends in 2018 due to their various nutritional benefits and versatility,” says Jane Rhyno, director of sales and marketing at Highline Mushrooms, located in Leamington, ON. 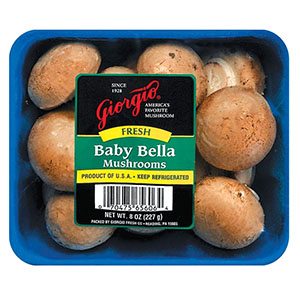 Mushrooms also provide a low-fat alternative to other more fattening foods, such as meat or starchy vegetables. “For consumers looking to keep off the pounds, adding mushrooms to your diet could help,” says O’Brien. “Since mushrooms are considered a low-energy-density food, consumers can get fewer calories in larger food portions. Not only are they low in sodium, but you also can add them to just about any dish, from hamburgers to pasta, thanks to their four primary tastes: salty, sweet, bitter and sour. Produce departments should, therefore, play up the mushroom’s unique qualities.”

The largest area of increase in consumer purchases of mushrooms can be found in the specialty and organic categories. The organic category’s growth is because of increased customer awareness and desire for pesticide-free growing practices, but interest in specialty mushrooms is also growing because of both a growing curiosity and sophistication about foods beyond mainstream recipes and a demand for variety in tastes.

“Organic mushrooms are increasingly in demand,” says Maria Brous, director of media and community relations for Publix, headquartered in Lakeland, FL. “But the conventional white mushroom is still the most popular, especially when sold as sliced because there is less preparation. These are great for salads. Whole mushrooms, on the other hand, are great in stir fry, mixed veggie bowls and kabobs.”

However, produce departments that expand mushroom choices beyond the typical button variety can enjoy an uptick in sales. Specialty varieties that are becoming more mainstream include Shiitake, Maitake and Oyster mushrooms. “You’re also seeing a wide range of foraged mushrooms popping up on a seasonal basis, such as Chanterelles, Porcinis and Morels,” says Peter Wilder, marketing director at To-Jo Mushrooms of Avondale, PA.

Monterey Mushrooms carries many varieties, but it finds the highest percentage of its business comes from Agaricus bisorus, that is, white mushrooms, Baby Bellas and Portabellas. “But we also sell exotics, such as Oyster, Shiitake, King Trumpet, Maitake, White and Brown Beech, and Enoki,” says O’Brien. “And while true wild mushrooms are scarce and expensive, several farmed wild mushroom varieties – such as Oyster, Maitakes, Enokies and Shiitakes, and a number of mushrooms that have been given proprietary trademarked names – are reasonably priced and offer a wide range of tastes and textures.”

“True wild mushrooms can raise concerns among consumers because of the perception of some being poisonous,” says Justin Reyes, head of sales and marketing at Gourmet Mushrooms, Inc., located in Scottsville, MI. “But there is increasing consumer interest in specialty mushrooms, sometimes overlooked by produce departments that often focus on the more familiar button mushrooms. If produce departments expand mushroom offerings, they will find their customers are receptive and ready to buy.”

This starts with making sure mushrooms are given adequate shelf space. Since organics and specialty mushrooms are growing in popularity, produce departments need to provide room for those. Singular displays or ones that offer cross-merchandising ideas can also boost sales.

“The best ways to attract mushroom purchasers is to use attractive displays with clear labeling and pricing and that feature ongoing promotional activity with a focus on health, recipe concepts and meal kit options,” advises Bill Litvin, vice president of sales at Giorgio Fresh in Temple, PA. “However, the key to variety in the retail space is balance. You want to have enough of a selection as to appeal to those looking to try new things, but you do not want to overwhelm the consumer with too many choices,” he advises.

It is also important to make sure displays are always stocked with fresh-looking mushrooms, meaning produce departments need to be diligent about removing tired-looking mushrooms that could prevent customers from purchasing. “Consumers buy with their eyes, which means constantly stocking fresh mushrooms is extremely important. This will keep sales going and avoid the problem of losing a customer who doesn’t purchase because of old product on the shelf,” says Rhyno of Highline Mushrooms.

There is increasing consumer interest in specialty mushrooms, sometimes overlooked by produce departments that often focus on the more familiar button mushrooms.”

Maintaining proper temperatures is equally important since temperature variations also have a negative effect on mushroom quality and sales. Retailers should ensure mushrooms are kept cold in the backrooms and on the shelves and displays. “Temperature variations can have a negative effect on mushroom quality, so maintaining the cold chain is crucial,” says Wilder. “To-Jo provides a variety of training materials, such as best practices and storage and handling POS that is distributed throughout the year to all produce managers.”

Mushrooms are one of the most perishable categories in the produce department. Therefore, produce departments must maintain the cold chain from farm to retail shelf. Also, stay in stock. Out of stocks lead to lost sales, disappointed customers and really plays havoc with your scan data.”

Once Mushrooms Leave The Store 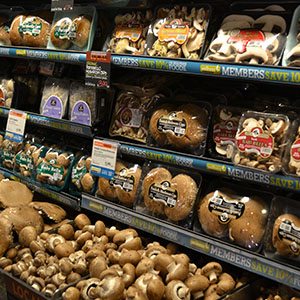 Educating the consumer on proper storage so mushrooms stay fresh can go a long way in making sure a customer thinks mushrooms are a valuable purchase. “Produce managers should give their teams more information to pass on to consumers about usage and storage,” says Reyes. “This can also be done by providing consumers with signage and recipe cards.”

Packaging can also inform consumers that the fridge is the best place to store mushrooms. “Packaged mushrooms are wrapped with specially designed film that allows for breathability and can be stored as is; so, we recommend storing them in the container they come in,” says Litvin of Giorgio Fresh. “But for bulk mushrooms, it’s best to store in porous brown paper bags to allow mushrooms to breath and to avoid condensation. This can enhance shelf life.”

According to Wilder, brown varieties, such as Cremini, Shiitake and Portabella tend to have longer shelf lives than traditional white button mushrooms. But O’Brien points out all mushrooms are extremely susceptible to improper storage conditions. “All mushrooms, regardless of the variety or flavor, should be stored at 34 degrees Fahrenheit and at 90 percent relative humidity,” he says. “That goes for in the store and in the consumer’s home. A rule of thumb is for each five-degree increase in temperature, you lose a day of shelf life. If the mushroom is stored in a drier environment, shelf life is decreased much more rapidly. Therefore, mushrooms should always be stored under refrigeration and that information needs to be passed on to the customer.”

Mushrooms Can Be Cash Cow

According to the Mushroom Council, mushroom consumption increased in 2017, with $1.2 billion in annual sales. Category dollars increased 4.2 percent, driven by a 5.7 increase in volume. This translated to an increase of $49.2 million in incremental sales for the year.

Produce departments that offer more varieties – especially organic and specialty mushrooms – and take the time to educate consumers via recipe cards, in-store demonstrations, cross merchandising, and prominent displays can enjoy taking advantage of a product that is part of the top 20 best sellers in produce retail store sales.

“We expect consumption to continue to increase,” says Litvin of Giorgio Fresh. “Particularly organics and healthy food choices, such as mushrooms, have been on trend for some time now with consumers. We do not expect this trend to slow down anytime soon.”