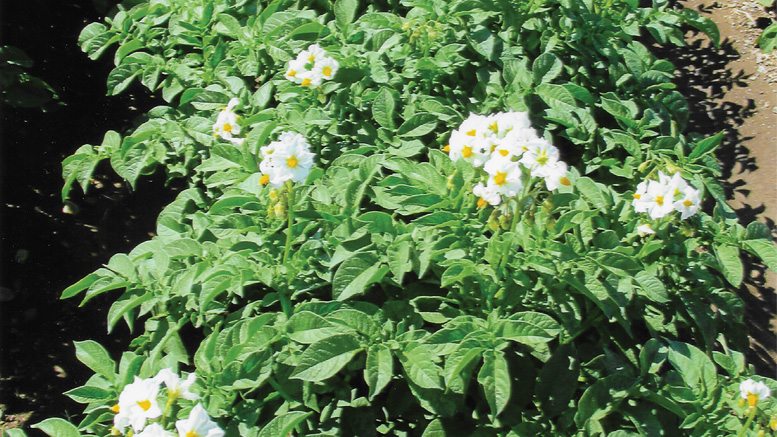 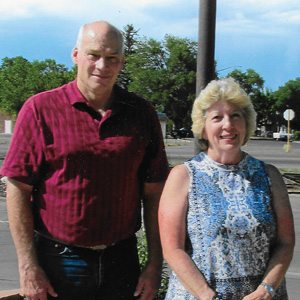 The majestic Colorado Rocky Mountains provide a beautiful backdrop for some of the highest quality potatoes on the planet. The San Luis Valley has not disappointed again this year, as the second-largest fresh potato-producing region in the United States has produced a plentiful crop of incomparable potatoes buyers are welcoming into the market.

Grown at an elevation of 7,600 feet, these potatoes are planted in rich soil that contains unique mineral deposits, as the valley used to be a lakebed in the ancient past. Today, minerals are continuously deposited here from numerous mountain rivers, and the surrounding mountains provide a supply of pure water from the annual snow melt.

To further enhance their appeal and marketability, the Colorado Potato Administrative Committee and San Luis Valley growers and shippers have created strict guidelines for quality, a water sustainability plan and progressive, state-of-the-art production practices “to ensure that all Colorado potatoes meet the highest standards for food safety and taste,” according to Jim Ehrlich, executive director of the Monte Vista, CO-based Colorado Potato Administrative Committee (CPAC). About 95 percent of the crop is shipped to fresh markets locally, nationally and internationally.

This is the highest and largest Alpine valley in the world where commercial crops are grown, and that altitude naturally decreases the likelihood of disease and pests, minimizing the need for pesticide use. This also makes the region more favorable for organic production.

With harvest and shipping hitting full-stride by early October 2017, planted acreage was reported to be up slightly from last season. A flyover showed 51,900 acres, 800 more than 2016.

Although they remain a small percentage of the overall crop, certified organics continue to make gains in the region, Ehrlich reports. Although CPAC does not have official data on organic acres, Ehrlich notes that “all shippers here are trying to do at least some organics. Colorado has an advantage because of reduced disease pressure and the lack of late blight that other areas face.”

The most updated Colorado Department of Agriculture statistics relating to organic potatoes showed about 8 percent of the total in 2015. Ehrlich reports that number continues to increase. One grower-shipper, for example, Maverick Potato Co., based in Center, CO, completed the conversion last year of 100 percent of its crop into certified organics.

Maverick co-owner Roger Christensen reports that organic production through his warehouse is about 75 percent in Russets, with the remaining in red and gold varieties. Much of Maverick’s product is now marketed through Farm Fresh Direct, headquartered in Monte Vista, CO. “Our organics have grown significantly,” says Dave Yeager, vice president of business development for Farm Fresh Direct. “We’re adding new varieties to the category, all grown in Colorado.”

Skyline Potato Co., Center, CO, has been marketing organic potatoes for 20 years and has developed a wide customer base and loyal following. According to Les Alderete, Skyline’s general manager, last year the company streamlined its operations, adding a new washer at its Horizon Potato facility in Center, CO. Both organics and conventional are run at Horizon, and the main shed at Skyline packs strictly conventional. The company markets a portion of its organic volume through Robinson Fresh, Eden Prairie, MN, using the Tomorrow’s Organic label. At the same time, the company sells its own Nature Fresh organic label through Skyline.

“There’s a big learning curve when you first get into organic growing, and not everyone will make it,” says Alderete, who cites a report from the USDA that shows organic production nationwide in 2016 was up 16 percent from the previous year.

Other shippers offering organics in their line include RPE Colorado in Monte Vista, CO; White Rock Specialties in Mosca, CO; and Canon Potato in Center, CO.

Whether organic or conventional, Russet varieties remain the primary potato shipped from this region. Overall, red potato production has increased slightly, but yellows have enjoyed an even greater jump, comprising nearly 10 percent of production. Fingerlings and other specialty varieties account for about 3 percent, says Ehrlich.

He hastens to add, however, that Colorado can grow any kind of potato desired. Pink-skinned potatoes, purple varieties, and unusually shaped potatoes are getting the attention of a full range of end-users — from executive chefs to “foodies” to creative home cooks seeking new, imaginative ideas for their families or for entertaining guests.

While private labeling continues to gain a greater market share, shippers in the San Luis Valley maintain that recognition of their own brands and packaging quality are points keeping them ahead of the competition.

Rick Ellithorpe, co-owner of Aspen Produce, Center, CO, uses the company’s carton as an example. “We take our ‘Aspen’ logo very seriously. The ‘Aspen’ box is a little heavier cardboard, so it doesn’t move around as much on the pallet and is intact on arrival,” he says. “There are customers who call us first when they want the best quality cartons. We are also very careful about the accurate spud count within the cartons.” Ellithorpe adds the company will be capitalizing more on the well-known brand. “We have some more applications of that label that we will be rolling out in the future.”

The well-recognized label, however, is not the only facet that keeps Aspen Produce distinct. “We have the best quality control of anybody in the valley. It’s a little tighter and better. Jon Gonzalez, our head quality control monitor, was an inspector with the USDA (U.S. Department of Agriculture), so he knows,” says Ellithorpe.

As quality demand increases, interest in a variety of packaging sizes mirrors that trend. Aspen Produce’s Jed Ellithorpe, director of business development, points to an increase in popularity of 5-pound packages, which some prefer over the traditional 10-pound option for Russets.

Skyline Potato’s Alderete agrees, predicting that potato packaging options in the smaller sizes will persist in gaining popularity. He notes that the shrink of packaging sizes coincides with the shifting buying habits of consumers — especially the Millennials, whom he claims are opting for more convenience and are not buying the larger bags of potatoes. “You’ll see more of the smaller packaging — the 3- and 5-pound sizes — and smaller–sized potatoes.”

In addition, the greater percentage of San Luis Valley potatoes being packed under private labeling reflects the trend of retail chains and strong independent stores choosing to market products with their own brand. Increased brand recognition contributes to consumer loyalty, and packers are working to meet this increasing need of retailers.

“We are definitely moving more of our product in private labeling,” says Skyline’s Alderete. “We are flexible and do whatever we can to meet our customers’ needs.” Alderete notes that the company does a lot of custom-packaging for customers in Mexico. 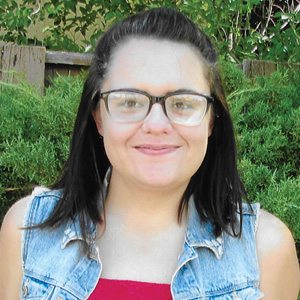 Domestically, the San Luis Valley’s centralized location within the United States adds to the potatoes’ allure. It provides a natural freight advantage and becomes even more appealing with the continual popularity of locally grown. This area is also a natural fit for the multitudes that are “going green.”

“We are more sustainable than any growing area,” says CPAC’s Ehrlich. “Buying Colorado equals less food miles and a reduced carbon footprint with our natural freight advantage. We are justifiably proud of our state and of our unique region.”

Skyline’s Alderete agrees. “People want to support locally grown to help cut fuel usage and cut costs. That’s good for all of us.”

One-stop potato shopping available through this single growing region can be another way to save on freight costs.

“Colorado potatoes can be delivered to our customers in one or two days. Delivery can sometimes even be done overnight — to Dallas, for example,” says Jere Metz, salesman at Farm Fresh Direct, which markets both conventional and organic potatoes year-round. “It makes them fresher and reduces shrink.”

According to Ray Keegan of American Produce Co., a Denver-based receiver that services retail and foodservice accounts, “Colorado potatoes are fresher, they have more flavor and variety, and they are convenient and economical. They are the best answer for my customers.”