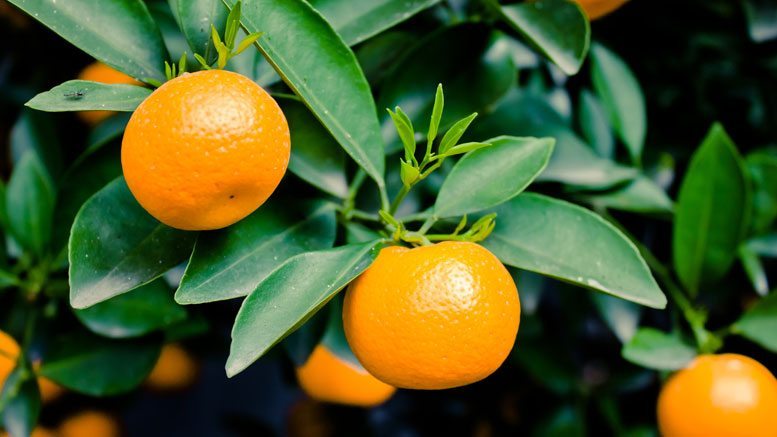 With the availability of imported product, consumers are enjoying their favorite fruits year-round.

Across the globe, the number and quality of players in the summer citrus segment of the produce industry are growing. For example, Coexa, a grower, packer and exporter based in Lima, Peru, produces and exports citrus, as well as table grapes and asparagus to the United States, Canada, Europe and Latin America. Its operations are based in Ica, a southern Peru valley where a combination of dry and stable weather, and rich sandy loams, makes it a highly reliable and consistent source of quality produce throughout the year. Its summer citrus varieties include Mandarins (also known as Clemenules), Tango Mandarins, and Midnight and Tangelo Minneolas.

From Australia, Navel oranges are available from June to October and Mandarins from April to October; lemons are available year-round with a healthy supply in the summer, according to Citrus Australia Ltd., a non-profit group representing the nation’s more than 300 commercial citrus growers and affiliate members.

Trends in summer citrus sales rely heavily on how long the domestic season lasts, “but overall we’ve seen that citrus moves well,” says Monique Bienvenue, director of communications for Bee Sweet Citrus in Fowler, CA. A combination of marketing tactics and product quality keeps demand strong, she reports. “We’ve also seen a spike in sales when school is back in session.”

The demand for citrus remains consistent throughout the year. “As our supply decreases during the summer, however, our prices increase as a result,” says Bienvenue.

According to Bienvenue, Mandarins have gained significant attention in the past few years and have become the focal point of many of today’s health and food trends. “They are now a staple in many households, and continue to show a great amount of movement during both our domestic and import seasons,” she says.

Marta Bentancur, the head of Upefruy (Uruguayan Growers and Exporters Union), says the market for summer citrus depends on the domestic supply at the end of winter season, and then competence among Southern Hemisphere suppliers, such as South Africa, Chile and Peru.

“Summer citrus sales are growing, and Mandarins are taking first place, followed by Navel oranges,” says Bentancur. Uruguay’s main products during the summer cover a wide range of varieties and tastes, and offer attractive prices for consumers. “We are a good complement to domestic citrus varieties, and position our products as flavorful and colorful fruits.”

According to Bentancur, Upefruy began its season the first week of May — one week later than last year for most varieties. Its main produce is soft citrus, followed by Navel oranges and small quantities of lemons. Uruguayan fruit’s color and taste are considered to be outstanding, and these, she adds, “are the attributes on which we put special emphasis.”

This year, Bentancur has found the market to be “quite stable by now, with soft fruit from California for a couple of weeks. Then, we will see market performance in a better way.” In addition, Navels seem to have performed well, adding, “Since California has less fruit.”

In general, numbers thus far seem to mirror last year, and exporters are acting prudently in sending high-quality fruit and monitoring the market for real demand. “The good sign so far is that customers are eager to receive fruit,” says Bentancur.

Bentancur admits that growing the citrus category in the summer is a challenge. “We need to gain space and position in displays, but we have to compete with dozens of other seasonal fruits.”

For now, she says, the main challenge is to grow with seedless soft citrus varieties, which consumers are expecting. Efforts are under way to increase the supply in the next few years. “In order to grow in the market, we are working on export programs with retailers who are interested in providing additional space and merchandising emphasis in what is becoming an increasingly competitive environment.”

Export volumes have grown 25 percent in the past five years, says Suhanra Conradie, chief executive of Summer Citrus from South Africa (SCSA), Citrusdal, South Africa, while demand for summer citrus has continued to increase during the months in which U.S. citrus is not grown. Indeed, she notes, summer citrus represents “perhaps a greater incremental sales opportunity than that of typical summer seasonal fruits. As such, we have positioned SCSA as the ‘category builder’ of the produce department.”

While Conradie says she cannot speak for all varieties of citrus “as we focus exclusively on oranges, easy peelers and grapefruit, we are very pleased with the continued increase in citrus consumption over the summer months. With each season consumers become more educated on the flavor and quality attributes they can expect from our summer citrus; and they are showing a growing interest through their purchases.”

With 17 years of successful and sustainable shipments, the South African group’s strong importer and retail relationships, as well as its sophisticated logistics, “continues to position us extremely well in a very unpredictable competitive landscape,” says Conradie.

Conradie says she continues to see oranges — Navel, Cara Caras and Midnights, as well as easy peelers — among the most popular summer citrus items from South Africa due to their exceptional sweetness and quality. “We’ve also seen recent growth in Star Ruby grapefruit because of the quality and taste.”

Summer citrus markets are very favorable compared to winter citrus, Conradie says, “as long as we continue to deliver value in regard to eating quality. Because we deliver on these attributes, our retail partners see a business proposition in continuing to support SCSA with both increased shelf space and increased merchandising support.”

The flavor profile of summer citrus from South Africa makes what Conradie terms a “fantastic candidate for simple ‘segment-and-serve’ in-store demos. We are also happy to have more branded packaging and bin options available this year for retailers to take advantage of in their marketing and merchandising efforts.”

In Chile, growth in summer citrus is reported as being strong, according to Juan Enrique Ortúzar, chairman of the Chilean Citrus Committee, Sacramento, CA. “In 2014, Chile’s Mandarin volume was around 27,000 tons. Here we are in 2017, just three years later, and we expect to ship 67,000 tons. This growth is phenomenal, and in direct response to strong demand from our customers in North America. We believe there are still more growth opportunities, and the Chilean Citrus Committee remains committed to supporting market development,” Ortúzar noted in a statement.

In the first week of May 2017, Chile’s initial shipment of Clementines to the United States departed from the port of Valparaíso a week earlier than the previous season, marking the official start of the Chilean citrus season, which runs through October. In terms of timing, as Clementine shipments start to wind down in July, Mandarins ramp up, with shipments in August and September. Navel oranges are available from June to October, with lemons boasting the longest season, from May through October. With favorable autumn temperatures and sufficient rainfall, the Chilean Citrus Committee anticipates good sizing and flavorful, juicy fruit.

“For the most part, retailers market imported citrus the same way they would domestic product,” says Bee Sweet Citrus’ Bienvenue. “The only difference we’ve seen, however, is predominantly in the amount of shelf space allotted for the product and its price points.”

While citrus prices are higher in the summer, retailers have been known to adjust the bag configurations so that it doesn’t negatively affect consumers. “Every retailer knows about the marketing tactics that work for its store,” Bienvenue says. “However, we are always happy to provide our partners with POS material and other items to help push the sale of citrus.”

Conradie says she and her colleagues are happy to introduce more branded packaging and bin options to retailers this year, and the SCSA has developed a new demo tool kit to help retailers educate shoppers on the key differences of summer citrus from South Africa. “We also launched a two-phase consumer promotion on May 1 that includes a sweepstakes component and an influencer partnership.”

During the balance of this year, the Chilean Fresh Fruit Association (CFFA), San Carlo, CA, will expand its marketing program beyond the United States to Canada, working with a Toronto-based merchandiser to grow the Eastern Canadian market. The United States will remain the primary focus, and programs to promote lemons, easy peelers and Navels are currently being discussed with retailers across the country.

“Chile is the largest exporter of Navels and easy peelers to North America. We offer a consistently great-tasting piece of fruit to retailers and their customers.”

“Chile is the largest exporter of Navels and easy peelers to North America,” says Karen Brux, managing director of CFFA. “We offer a consistently great-tasting piece of fruit to retailers and their customers. We’re thrilled that the Chilean citrus industry is continuing to strengthen its marketing investment so we can get our citrus, whether lemons, easy peelers or Navels, into more shopping carts.”

CFFA offers a variety of marketing and merchandising ideas for Chilean citrus, including promoting easy peelers as a perfect fit for summer picnics, soccer games and school lunches when kids head back to school. “Retailers can build a themed display around these occasions,” says Brux.

Brux also has the following recommendations:

• Remind parents via signage that easy peelers are a convenient, healthy addition to their kids’ school lunch. “Retailers could even set up a secondary display of Mandarins next to the cashier, or next to other popular school lunch items like chips.”

• Set up a self-sampling station. “We all know that the main focus of summer produce sales is on domestic fruit, but shoppers also want variety. Remind them of the great taste of summer citrus by allowing them to sample it.”

• For stores with a larger Hispanic demographic, CFFA has run numerous successful joint demos with Tajin. “The spiciness of Tajin added to the tangy juiciness of a Navel orange is a great flavor combination, and it’s so easy. You just need to sprinkle a little bit of Tajin on an orange slice.”

• Promote lemons for the grill. “We’ve worked with retailers to promote both in-store and online, and have run promotions where we’ve given away everything from flavor infuser water bottles to lemonade stands.”

• Many retailers sponsor sports-related events in the summer months. “Chilean citrus is the perfect give-away. Whether for Mandarins, Navels or lemons, we have numerous videos and recipe cards that can be displayed to promote easy, tasty usage ideas.”

Taken together, top-quality product, smart merchandising and savvy promotions will continue to make summer citrus a high point for the entire year.

A look at how these major citrus growing regions prepare for distribution to the United States.