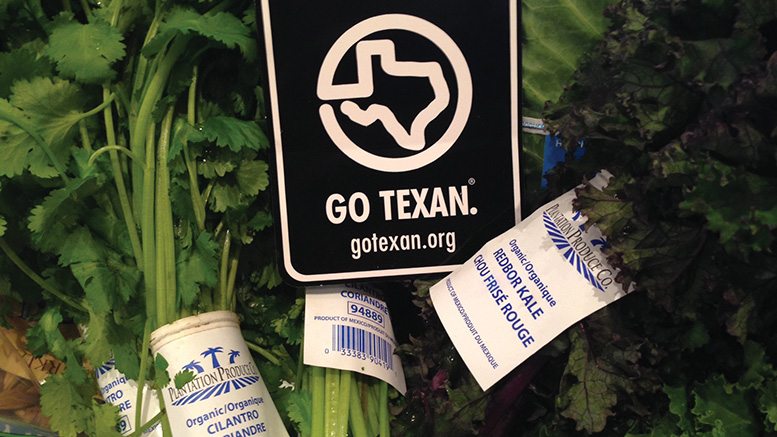 All Photos Courtesy of Texas Department of Agriculture 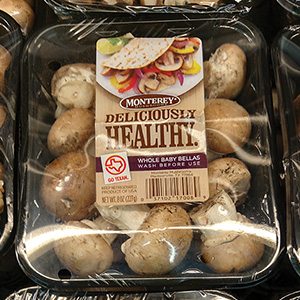 As the calendar turns to fall and winter, Texas growers ship a large and diverse harvest of fresh fruits and vegetables to supermarkets throughout the Midwest and Northeast, and up into Canada.

Although cattle and cotton are still king, and grapefruit and onions top the produce list, farmers from the Lone Star State supply growing amounts of everything from turnips to kale during this time of the year.

“We have lots of growing areas,” says Sid Miller, commissioner at the Texas Department of Agriculture, Austin, TX. “The Rio Grande Valley comes in early. They double or triple crop down there and start in January or February. We grow pecans and citrus in the valley, mostly grapefruit, but also some oranges. We grow melons, watermelons and cantaloupes. We have some cool season crops like broccoli and cauliflower in the high plains, and onions out of Del Paso, TX.”

While Texas’ leading agricultural commodity by far is cattle, at more than $10 billion a year, according to U.S. Department of Agriculture statistics, the state’s farmers also produce more than $400 million in vegetables and harvest a substantial citrus crop.

The Texas Time of Year

Carizzo Springs, roughly midway between San Antonio and Laredo near the border with Mexico, is an ideal location for late year production because it is reliably warm enough to escape freezes, yet dry enough to allow field access.

“In Texas, we can grow during the winter,” says Bruce Frasier, president of Dixondale Farms, Carrizo Springs, TX. “The weather is pretty predictable. We get about 20 inches of rain, and very little of it is in the winter; we seldom get freezes. We plant onions from August to January, and harvest from November to June.”

Dixondale Farms grows 850 million onion starts yearly. “We’ve got 60 varieties of onions. Some of the growers request specific varieties. We ship to both garden centers and farmers around the country. A lot of the farmers grow their own transplants, but we probably grow 80 percent of the onion plants for garden centers in the United States,” says Frasier.

Dixondale Farms is not alone in being able to harvest during the coldest months of the year. J.F. Palmer & Sons Produce, Pharr, TX, also grows numerous varieties of onions and ships them around the country in season. “We start shipping in mid-January and go to the end of May,” says Gary Palmer, owner. “We have operations in Mexico and Texas. We ship all over the country. The Northwest is the biggest competition, the tri-state area of Idaho, Oregon and Washington.”

There are two great produce-growing regions in Texas. First is the Rio Grande Valley, which Texans call “The Valley,” served by the shipping center of McAllen as the hub.  Then there is the Winter Garden area west of San Antonio. Both of these regions enjoy mild winter growing conditions.

“In the Valley and Winter Garden, they start harvesting at the end of October or the first of November, and they go until May,” says Bernie Thiel, owner of Sunburst Farms in Lubbock, TX. “Big items are cabbage and spring onions. They do a lot of mixed greens, including collards.”

Thiel farms west of these two great produce-growing regions, but he, too, is able to harvest a variety of vegetables through the fall and winter. “We just finished squash, and we’re getting ready for turnips,” he said in early October. “We’ve had quite a bit of rain. We only had one sunny day out of the last 10 days in September, which is quite unusual.”

Growers in the two wintertime oases ship throughout most of the country during the Texas time of year.

“Texas is our biggest market, but probably 80 percent, maybe 70 percent, leaves the state,” says Trent Bishop, vice president of sales at Lone Star Citrus, Mission, TX. “We are a grapefruit and orange company. Seventy-five percent of what we ship is grapefruit, 25 percent is oranges.”

Lone Star grows a number of early to late citrus varieties that allow the company to supply fresh fruit over an extended window. “We start our season with a seeded juice orange named Marrs, and a simultaneous Navel crop,” says Bishop. “In January, we switch to a pineapple variety of seeded juice orange; it’s a later season variety. That goes until we start shipping Valencias in March.”

Some growers in the Rio Grande Valley have a list of winter crops that sound like they came out of California’s central coast region in the spring and summer.

“Come November, we will start shipping cabbage and leafy greens, including bunch beets, collard greens, kale and about 30 different items we ship out of Texas,” says Jeff Brechler, sales and production representative for J&D Produce, Edinburg, TX. “The kale explosion we’ve taken part in the last four or five years seems to have plateaued now. We’re waiting for the next big item. Some items we no longer carry, like red kohlrabi.”

There was a brief planting gap in this major growing area late this summer that could result in supply challenges retailers should anticipate in late November and early December.

“Our planting season starts in August and we have a decent amount of seed in the ground, then in mid-September we had some rains and had trouble getting access to the fields to plant on schedule,” says Brechler. “There could be minor supply gaps around Thanksgiving to early December.”

Texas is part of a global supply chain that extends east to the farms of Florida and Georgia and south to Mexico; the state plays a major role for some of the largest produce shippers in the country.

“We are the leading shipper of citrus in Texas,” says Adam Cooper, vice president of marketing for The Wonderful Company in Los Angeles. “Representing approximately 70 percent of the overall oranges and grapefruit shipments coming out of Texas, we are committed to offering the freshest citrus. Also, with the introduction of Texas red grapefruit to our portfolio in 2012, we were thrilled to announce that we became North America’s largest fresh citrus one-stop shop.”

Some growers in the Rio Grande Valley have a list of winter crops that sound like they came out of California’s central coast region in the spring and summer.

The addition of Texas citrus orchards in recent years has allowed Wonderful to both extend the season and increase the number of varieties. “The Wonderful citrus varieties coming out of Texas include our Texas Red grapefruit, Navel and early oranges, and Valencias,” says Cooper. “The Rio Grande Valley is the home of Wonderful Citrus Texas and provides fantastic growing conditions for our red grapefruits and oranges. The Texas Red grapefruit season is October to May, Navels and early oranges are available September through January, and Valencias are in stores February to early April.”

The crops farmers in the Lone Star state produce, and the prices retailers pay for them, are largely determined by everything from the markets to the weather somewhere else. This year, for example, Texas citrus growers will benefit price-wise because Hurricane Irma wreaked havoc with orchards in Florida.

“Everything in the citrus category is strong right now,” says Bishop. “The citrus market was bringing in more money before, and Hurricane Irma just added to the demand.”

Hurricane Harvey, by contrast, looks to have missed by a few miles the major agricultural production areas of Texas.

“We have lost a lot of our tomatoes and watermelons to Mexico. Some of the growers have switched to field crops, and some have developed their property.”

“Hurricane Harvey was north of the Rio Grande Valley, so it didn’t affect the farms down there,” says Texas Department of Agriculture’s Miller.

According to U.S. Department of Agriculture statistics, Texas exports $6.5 billion in farm products annually; ranking sixth among the states. But the state is also vulnerable to imports from lower-cost areas. “We have lost a lot of our tomatoes and watermelons to Mexico,” says Miller. “Some of the growers have switched to field crops, and some have developed their property.”

“They are talking about trying some tomatoes in the Valley,” says Sunburst Farms’ Thiel. “They are working on varieties that can be grown in the Valley.”

The lines between produce from Texas and Mexico are blurred because many growers and shippers maintain steady supply by working both sides of the border.

“A lot of the growers do imports, as well as grow in Texas,” says Hector Garza, industry relations representative for the Texas International Produce Association, Mission, TX. “Some grow onions here in Texas and also in Mexico. Some just grow them here, and some just in Mexico. The largest products are tomatoes, avocados and all sorts of peppers. Importation is year-round, especially when it comes from Mexico. The majority of the customers would be in the east.”

Members of the Texas International Produce Association (TIPA), formed 75 years ago as the Texas Produce Association to represent growers and shippers, expanded its horizon in 2012 to also include the interests of importers. The recent interest in healthy lifestyles, including greater consumption of more fresh vegetables and fruits, has benefitted operations of TIPA members on both sides of the border. “We do see an increase in both Texas grown and imports from Mexico,” says Garza. “There’s a higher demand for fruits and vegetables.” 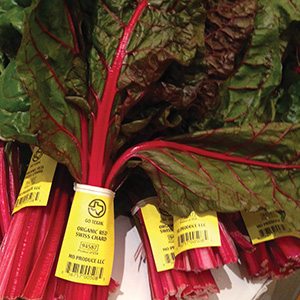 Outside of Texas, and a little beyond the state’s borders, consumers are largely interested in uninterrupted enjoyment of fresh fruits and vegetables rather than where the produce was grown.

“Within the state they emphasize the produce is from Texas, but I don’t know about Michigan, Philadelphia or New York,” says J&D Produce’s Brechler. “Our competition is in Texas, Georgia and Florida.”

Some growers have worked to develop a brand they believe still carries weight far beyond Texas.

“Everything has our label and says it’s from Lone Star Citrus,” says Bishop. “I’d like to think our brand is strong; we have strong customer loyalty.”

“Through this participant-based effort, the Texas Department of Agriculture helps market the best Texas has to offer, primarily Texas-grown or Texas-made products.”

There is a huge market within the state, however, and many Texans care very much that their fruits and vegetables are homegrown.

The Texas brand name also carries weight with some residents of neighboring states. “We get along fine with Oklahoma, Arkansas and Louisiana,” says Miller. “Go Texan. sells there.”

Miller has made it a priority to use the promotional effort to also increase sales of farm products in the far corners of the globe. “Go Texan. used to be a state program. I initiated a global initiative,” says Miller. “It’s been well received. People like doing business with Texans. It went well in China and Israel, and this week I’m going to Germany.